The stock market is taking a breather after its barn-burner performance over the last 17 months. Having effectively doubled in value since the low point it hit in March 2020, the S&P 500 has routinely set new record highs over this period.

Although a rising tide tends to lift all boats, it’s not universal, and there are plenty of discounted stocks still available for the taking. Whether because of some one-off event or concern over macroeconomic or geopolitical possibilities, the following two stocks are letting investors buy their shares at dirt cheap prices considering their future potential.

There are two concerns surrounding China’s second-largest e-commerce platform, JD.com (NASDAQ:JD): China’s slowing economy and a regulatory crackdown on tech stocks and their CEOs by Beijing.

Online sales in China rose 4.4% in July, which was far lower than expected and largely due to the June 618 sales event pulling sales forward. A sister promotion to the annual 11-11 shopping extravaganza Alibaba (NYSE:BABA) launched several years ago, the June event generated $136.5 billion in sales between Alibaba and JD. For perspective, Amazon.com‘s Prime Day in June is estimated to have generated less than $12 billion in sales.

China is also cracking down on tech companies and is considering limiting CEO pay. There’s a constant clash between capitalist businesses operating in a communist country that has sometimes resulted in some harsh backlash. Last year, for example, Alibaba’s Jack Ma had to lay low for months after his Ant Financial was forced to withdraw its IPO following his criticism of regulators.

Yet JD.com is still a strong, growing business that has expanded beyond just online retailing. It also has its finger in advertising and cloud services, and recently spun off both its healthcare business and its logistics operations.

Down 43% from their 52-week high, shares of JD.com are near their 52-week lows. The stock trades for just a fraction of its sales, and with analysts setting a consensus price target north of $103 per share, it implies there is 66% upside in the e-commerce giant’s stock. 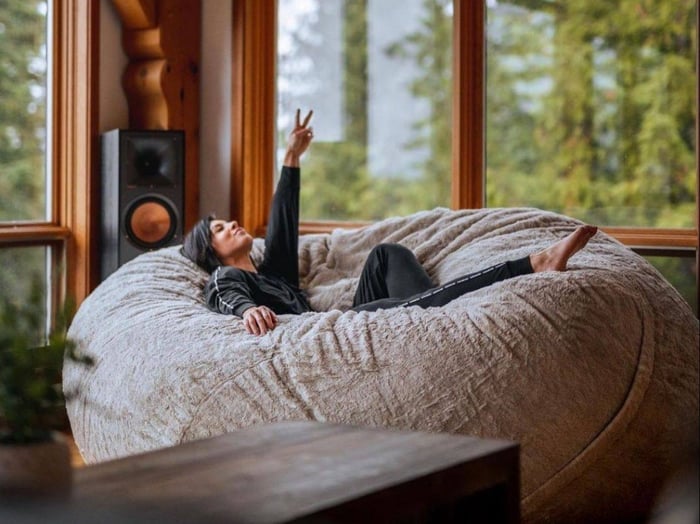 Analysts are looking for Lovesac (NASDAQ:LOVE) to nearly double in price over the next year, setting a $100-per-share consensus price target on the modular furniture maker. There’s good reason to believe it’s not some pie-in-the-sky number, either.

Lovesac is a fast-growing company that was even able to grow during the pandemic. First-quarter sales soared 52% from the year-ago figure. If you think that’s because last year’s sales were depressed by the coronavirus outbreak, well, the prior-year period’s sales were 33% higher than in 2019. Full-year fiscal 2021 sales ended up 37% from 2019.

That’s because Lovesac’s roots are as an e-commerce business, and 47% of its $320 million in annual sales last year were made online. E-commerce businesses are thriving in the coronavirus-based business landscape and Lovesac is a great example of that effect. Revenue is forecast to rise 66% over the next two years.

It’s also a profitable company, both on an adjusted basis and under GAAP. Wall Street sees those profits almost tripling this year and doubling the year after, with long-term earnings growth of 30% annually.

The stock is down 43% from its recent high in June. Lovesac looks like a stock that will post more than a few earnings surprises in the quarters ahead and should see its shares soar to catch up.

Business Mentor: how to keep accelerating your business

Biden’s plan to forgive student debt is on hold. That puts borrowers in limbo.

News - October 21, 2021 0
European markets took their cue from Asia on Thursday, tumbling into the red after shares in China’s Evergrande (3333.HK) tanked as they resumed trading.In...

News - April 16, 2022 0
In a recent Twitter poll carried out by a popular Bitcoin-related Twitter account @Bitcoin_Archive, 73% of people supported Tesla Inc TSLA CEO Elon Musk...
© 2022 Venture Current is a Flag Media LLC Publication. All Rights Reserved.
VC is part of the FLAG Token rewards network. Clients and partners can use FLAG Tokens for VC products and services.
VC runs 'Automatic' software. Stories posted here come from generic-topic Google news RSS feeds as well as client and partner-approved content.
If a story appears on this page that needs to be deleted due to licensing issues, please message us immediately so we can help you.