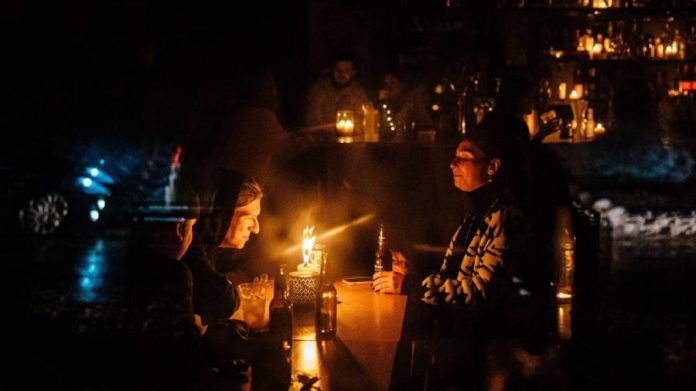 This article is an on-site version of our Inside Politics newsletter. Sign up here to get the newsletter sent straight to your inbox every weekday.

Good morning, and happy new year. Good news! Arsenal might win the league. Bad news! Almost everything else is bad, and also Arsenal probably won’t in fact, win the league. Some thoughts on the politics of the bleak outlook below.

Inside Politics is edited by Georgina Quach. Follow Stephen on Twitter @stephenkb and please send gossip, thoughts and feedback to insidepolitics@ft.com.

We start 2023 as we ended 2022: with a lot of alarming charts. The UK will face one of the deepest recessions and the weakest recoveries: that’s the grim consensus from the Financial Times’s annual economists’ survey (you can read the write-up here and the full responses here).

As is also customary, FT journalists have been asked to make some predictions about the coming year. They are all worth reading, but there are two in particular that are worth noting from a UK perspective.

The first is from Tony Barber, our European comment editor who writes the Saturday edition of the Europe Express newsletter. He predicts a “continued, grinding conflict” between Russia and Ukraine:

Conditions for a lasting ceasefire, let alone a formal peace settlement, are unlikely to be met in 2023. Freezing present positions would satisfy neither Russia nor Ukraine. Vladimir Putin’s Kremlin would not have broken Ukraine’s independence, or even fully control the four regions it “annexed” in September. President Volodymyr Zelenskyy cannot accept a ceasefire leaving Ukraine without the territory lost since Russia’s invasion in February, on top of occupied Donbas and Crimea, seized in 2014. Regaining that territory would require weaponry the west seems unwilling to supply. Russia is trying to regroup and is preparing its people for a long war. A continued, grinding conflict is most likely.

It could happen before April if the weather is cold enough, but next winter is the bigger challenge. Though gas storage sites are now close to full, refilling them in the spring will be tough. In 2022, Russian gas flows were largely intact until June; in 2023 they will be close to zero. Liquefied natural gas will struggle to cover the shortfall. Offsetting the risk is Europe’s backwards shift from gas to coal. France’s nuclear plants should have fewer maintenance issues. But the energy system has been straining for 18 months. The risk of something breaking is increasing.

Added to that, don’t forget that while Rishi Sunak and Jeremy Hunt might have removed much of Liz Truss’s “moron premium” as far as UK government borrowing costs are concerned, they haven’t been able to exorcise it from the UK more broadly, and the mortgage market in particular. (Chris Giles has written a good piece on how British homeowners are still paying the price of Truss’s regime, while, as Oliver Barnes explains, the picture is no better for renters.)

I’m going to go out on a limb here and say that if the UK faces a deeper and worse recession than its peers, if there are mounting pressures in UK housing, if there are blackouts, and if the war in Ukraine continues (even in the case of ceasefire, I don’t think there is any plausible account that leads to a return to prewar energy prices any time soon) then that is going to be painful for households and politically painful for the government, too.

That would be a problem even if people were inclined to give the government the benefit of the doubt for the situation it faces. The biggest political consequence of Liz Truss’s 49-day premiership, in my view, is that it has also increased the share of the blame that British voters assign to the Conservatives for various crises facing the UK, and decreased the amount they blame on global forces.

Taken together, my assumption is that this will be a year, when, yes, there will be the occasional eruption at Westminster over various issues that Labour might struggle to address. But given that it is still very far from an election, I don’t expect those to crystallise into polling difficulties for the Labour party. We might look back at some small row this year as a defeat foretold when the election eventually rolls around in the late winter of 2024. But this year? No, I think this year will be a very difficult one for the government.

A happy bit of news to start 2023 with: the composer Max Richter is this week’s Composer of the Week on Radio 3.

News - September 6, 2022 0
TAIPEI (Reuters) -Taiwan's government expressed its condolences to China on Tuesday for an earthquake in Sichuan province and said it was ready to send...

News - April 30, 2022 0
Warren Buffett’s Berkshire Hathaway bet big on the US stock market in the first quarter, buying $51.1bn of shares, as he ploughed the sprawling...

News - October 8, 2022 0
An explosion tore through Russia’s bridge across the Kerch Strait to Crimea early on Saturday, severely damaging it in a major blow to Vladimir...

News - February 16, 2022 0
The Prince of Wales arrives at the Kelvingrove Art Gallery and Museum to view McLaren's Extreme E car and its new livery, which has...

News - October 17, 2021 0
A French, a Chinese and a joint US-Hong Kong programme have held on to the three top spots in the FT’s 2021 Executive MBA...
© 2022 Venture Current is a Flag Media LLC Publication. All Rights Reserved.
VC is part of the FLAG Token rewards network. Clients and partners can use FLAG Tokens for VC products and services.
VC runs 'Automatic' software. Stories posted here come from generic-topic Google news RSS feeds as well as client and partner-approved content.
If a story appears on this page that needs to be deleted due to licensing issues, please message us immediately so we can help you.