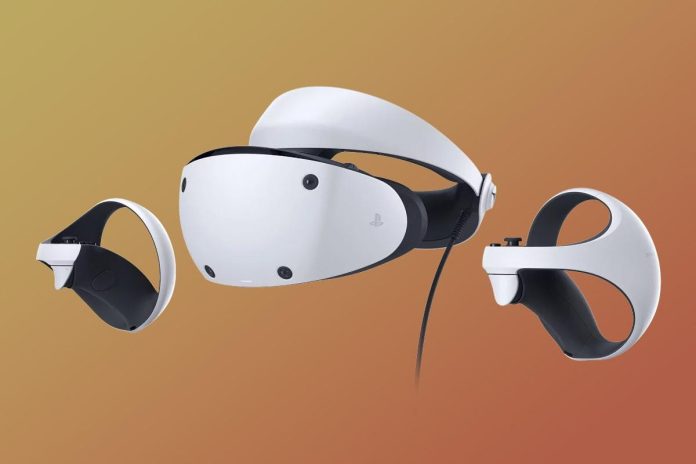 Virtual reality is set to be a key trend of CES 2023, with at least four new headsets expected to feature at the show.

Let’s take a look at each of the four models, with details from leaked information, or official statements by their manufacturers.

Looking for the Meta Quest 3? While it will reportedly launch in 2023, it is unlikely to appear at CES 2023.

The biggest name in VR we’re likely to see at CES 2023 is Sony’s PSVR 2. Sony announced the final details of this much-teased headed in November 2022. And with the first units shipping from February 2022, CES offers one of the last big tech events at which it can top-up the hype.

As the details of the hardware are already known, Sony may use this spotlight to show off some of the gaming experiences coming to PSVR 2.

The Sony PSVR 2 costs $549.99, uses OLED display tech and resolution of 2000 x 2040 pixels per eye. It is only compatible with the PS5 console, uses four cameras for motion tracking, and has eye tracking.

Games confirmed for PSVR 2 include the upcoming Resident Evil 4 remake, Horizon Call of the Mountain and No Man’s Sky.

If the PSVR 2 is the biggest name in VR at CES 2023, HTC may take the award for the most interesting announcement. It is set to announce a standalone alternative to the Meta Quest 2, which the company has confirmed to The Verge.

HTC says it aims to be a more privacy-led alternative to the Quest 2, which also means it is unlikely to be able to compete on price. However, it is expected to use pancake lenses, which should offer better optics than the fresnel lenses of the Quest 2.

Somnium is a Web3 and “blockchain” company, but its Somnium VR1 headset hardware will be shown at CES 2023. It’s an “open source” headset that requires a PC to be used, so should appeal to the PC gaming crowd.

It will offer both hand and eye tracking, and a headphone jack. You’ll be able to use this headset cabled, or with wireless video transfer from a PC using WiFi 6e.

The VR1 is a highly modular design, and the idea is owners can alter the headset using 3D-printable blueprints that will be available to download. How much the Somnium VR1 will cost is as yet unknown.

Sharp itself has confirmed it will show a VR headset at CES 2023.

“Sharp will exhibit for the first time an ultra-lightweight HMD prototype for VR equipped with its latest devices,” the company wrote on its website.

Sharp makes a bunch of components that go into VR headsets. The most interesting in this particular case is probably an “ultra-high-resolution display” panel.

At this point it is not clear whether the Sharp headset will act as a showpiece for the company’s technologies, to be used in other headsets, or if Sharp intends to mass produce and sell this actual model. Sharp was acquired by Foxconn in 2016.

Archbishop of Canterbury criticises plan to send refugees to Rwanda

News - April 17, 2022 0
The Archbishop of Canterbury on Sunday criticised the UK government over its plans to send migrants seeking asylum to Britain to Rwanda, arguing that...

How to take a career break

News - November 27, 2022 0
Extended time off from work doesn't have to wait until retirement. Your career break may be aspirational, or it may be prompted by life...

Stock Buybacks Are Here to Stay

ARK’s Cathie Wood: ‘Private markets get it,’ but disruptive tech is beaten-up in the...

News - September 28, 2021 0
'Hey Disney:' Amazon adds Disney content to Alexa voice assistantAmazon announced "Hey Disney," which it calls a voice assistant that "works alongside" Alexa. It...
© 2022 Venture Current is a Flag Media LLC Publication. All Rights Reserved.
VC is part of the FLAG Token rewards network. Clients and partners can use FLAG Tokens for VC products and services.
VC runs 'Automatic' software. Stories posted here come from generic-topic Google news RSS feeds as well as client and partner-approved content.
If a story appears on this page that needs to be deleted due to licensing issues, please message us immediately so we can help you.