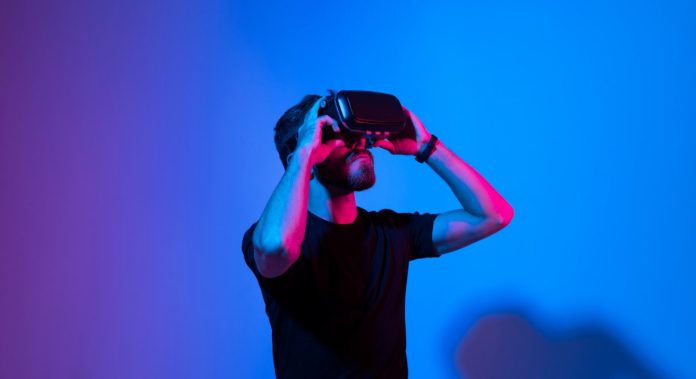 Experts from a range of industries weigh in on the top trends that will decide the hype around the metaverse this year – including whether or not it will last.

The concept of the metaverse has been around for a while, but ever since Mark Zuckerberg changed Facebook’s name to Meta to align branding to the future of the company, the term has comfortably entered everyday parlance in the tech world.

While there has been much hype around it thereafter, with some hailing it as the future of the internet, others have been sceptical of the extent to which the metaverse will achieve its vision – if there is one unified vision to begin with.

Here are a few of the top trends that experts across industries believe will steer the course of the metaverse as we head into the new year.

Hype will die down

Perhaps the first, most palpable change experts predict for the metaverse in 2023 is that the hype around the largely nebulous concept will die down.

According to Jean-Francois Bobier of Boston Consulting Group (BCG) technology and digital advantage division, the very word ‘metaverse’ will dwindle in usage.

“With multiple different technologies underpinning the metaverse, and implementations routinely failing to meet the hype that creators promise, there’s a good chance that over the next few years we’ll see major businesses and brands move away from the term entirely,” he said.

“And this is probably a good thing: developing better terminology to refer to implementations around the metaverse will help create stronger and clearer propositions for customers.”

Bobier gave the example of Apple, which is leading this trend of not acknowledging the metaverse at all – despite working on its recently delayed augmented-reality glasses.

Then there’s the fact that many experts believe we’re at least a decade away from the metaverse realising its vision and becoming fully scalable for consumers.

Metaverse as a feature not product

While the metaverse as a finished product is years away, if at all possible, there are other ways in which it can prove useful in the near future.

IT company Forrester predicts that employees and consumers will experience the metaverse as a feature and not a product. For example, Microsoft is adding 3D mesh components into Teams, which will allow users to navigate 3D virtual spaces with avatars and collaborate.

And in 2023, Forrester expects at least three more major providers of collaboration technologies – such as Zoom, Slack, Webex or Google Apps – to provide 3D metaverse-style features. This can help it potentially reach tens of millions of users.

Rise of the corporate metaverse

As the metaverse creeps into our lives as a feature in collaborative technologies, it will also begin to gain momentum in the corporate and enterprise spaces, according to BCG.

This is largely attributed to steadily decreasing costs and easy access to augmented reality and virtual reality headsets – which may mark the first true instance of the technology’s scaling.

Bobier thinks that two primary use cases of the metaverse will gain popularity – digital twins and training applications.

“Digital twins visualise a ‘copy’ of the real world but simulated. This is strongly linked to IoT, as you can ‘see’ data coming from device sensors. This enables businesses to visualize and process complex data sets incredibly easily and efficiently,” he said.

The second use case, training, is a bit more straightforward.

“Through the use of AR/VR headsets employees will be able to undergo virtual training programs. Neurological studies demonstrate AR/VR trainings are remembered better. They are especially useful in jobs involving physical safety.”

While the metaverse will find its purpose in certain sectors, it cannot reach its full potential without advancements in accompanying technologies that enable it to work as envisioned.

In particular, it needs an ultra-dense, low-latency computing network that can offer speeds to match the demands of a highly sophisticated technology. This need, according to US-based data centre equipment provider Vertiv, will be fulfilled with the corresponding rise in 5G.

“Ultimately, this will require higher powered computing in those 5G edge locations, and we’ll see that happening soon – with early forays in 2023 followed by more widespread deployments in the years after,” the firm said.

Payments in the metaverse

As the Web3 space continues to grow, despite the ebbs and flows in the value of cryptocurrencies, millions of euros worth of digital assets and NFTs are being transacted through blockchain technologies.

Simultaneously, a small number of gatekeepers are charging high transaction fees for facilitating these payments.

London-based international law firm Bird & Bird thinks that this trend, and a corresponding move towards metaverse technologies, creates a “considerable opportunity” for new and established fintechs, financial institutions and payment providers to step into the space.

Metaverse as a marketing channel

Gen Z, the generation that grew up with most of the extant technologies, will most likely be the first and primary users of the metaverse if and when it goes mainstream.

Many members of this generation have already started to spend time in proto-metaverse technologies at the expense of traditional platforms such as Facebook and Instagram, according to BCG’s Bobier.

“We will see marketers and ad agencies turn to [the metaverse] as a marketing channel in its own right,” he said.

“We’ve already seen some glimpses of this, with Roblox hosting several different musical performances from the likes of Lil Nas X, 21 Pilots through to Elton John recently producing a video in the game.”

And now, Bobier thinks marketers will increasingly target Gen Z through the metaverse with innovative and interactive ads becoming the norm – and budgets will grow to reflect this.

Like in our current Web 2.0 world, the next iteration of the internet and associated technologies will also need security to be top of the agenda for it to function smoothly.

But with enterprises rushing it to market faster than the security community can keep up with, cloud computing company VMware warns all metaverse-lovers to be cautious.

“We’re already seeing instances of identity theft and deepfake attacks in the current version of our digital world, in which bad actors prey on executives to make wire transfers of hundreds of thousands of dollars outside of a company,” said Rick McElroy, principal cybersecurity strategist at VMware.

“What’s not to say there won’t be an uptick in similar scams inside of the metaverse virtual reality? As we start to look ahead to 2023, businesses will need to be careful and considered in their approach to delivering this nascent technology.”

According to McElroy, dragging passwords – largely considered an inadequate form of cybersecurity – into the metaverse is a “recipe for breaches”.

In order to be a truly safe place, the metaverse will have to put controls in place to identify users and deploy continual authentication – leveraging factors such as biometrics and closely monitoring user behaviour.

10 things you need to know direct to your inbox every weekday. Sign up for the Daily Brief, Silicon Republic’s digest of essential sci-tech news.

Checking out the NVIDIA H100 in Our First Look at Hopper

TPG’s forthcoming Wall Street debut was decades in the making

News - October 14, 2022 0
© 2022 Venture Current is a Flag Media LLC Publication. All Rights Reserved.
VC is part of the FLAG Token rewards network. Clients and partners can use FLAG Tokens for VC products and services.
VC runs 'Automatic' software. Stories posted here come from generic-topic Google news RSS feeds as well as client and partner-approved content.
If a story appears on this page that needs to be deleted due to licensing issues, please message us immediately so we can help you.