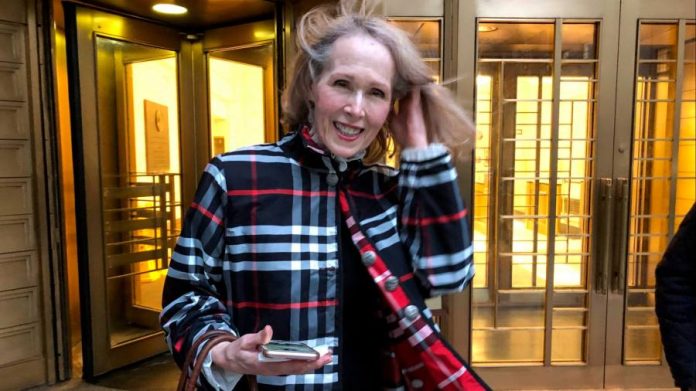 Under a landmark New York law that came into effect on the US holiday, the 79-year old journalist and author was finally able to sue Donald Trump for an alleged rape that she said took place in a Manhattan department store in the 1990s — a claim that would previously have been barred under the state’s statute of limitations.

The Adult Survivors Act, signed into law by New York governor Kathy Hochul earlier in 2022, provides a one-year window for time-barred civil lawsuits over sex crimes to be filed, regardless of when they occurred. Previously, victims in the state had between one and three years from the date of an alleged offence to file a civil suit.

In the weeks since the ASA took effect, additional plaintiffs have filed complaints in New York courts over historic crimes, with cases brought against Atlantic Records, a former gynaecologist at Columbia University, financier Leon Black and actor Bill Cosby. Some plaintiffs, including Carroll, said they were emboldened by the #MeToo movement after decades of silence.

“They lived in a culture where until quite recently, any woman reasonably would have concluded that to publicly report a rape . . . would on balance be far more self destructive than beneficial,” said Roberta Kaplan, who is representing Carroll, who chose not to speak up at the time of her alleged rape by the then-future president, fearing threats and lawsuits. “Then the world changed”.

A billboard in Times Square carrying testimony from sexual assault victims marked the start of the law’s implementation in November. But publicity has been relatively muted since, and the number of cases filed to date — numbering in the tens — lags far behind those filed under the Child Victims Act, on which the new legislation is modelled.

The CVA, which was introduced in 2019, allowed people who alleged they were assaulted as minors to sue for previously time-barred crimes, and was extended into a second year due to the Covid pandemic. It has led to approximately 10,000 civil lawsuits, including one brought by Harvey Weinstein accuser Kaja Sokola, a former model. It was also the basis for multiple claims against the Boy Scouts of America and the Catholic church.

“The timing is difficult,” said Liz Roberts, the chief executive of Safe Horizons, a non-profit that championed the ASA and launched a publicity campaign to coincide with its launch. “That the first few weeks have been Thanksgiving and the end of the year — it is not ideal”.

“We would love to see the state do more to get the word out,” Roberts, who is generally supportive of the government’s efforts, added.

Some government officials and agencies, including New York attorney-general Letitia James’ office, have themselves been the subject of complaints brought under the new law.

More than 750 women plan to sue the state alleging that they were sexually assaulted inside New York prisons and jails, while Sofia Quintanar, a former press secretary at the attorney-general’s office, alleged she was assaulted by a former senior official there.

“There might be some politicians who wouldn’t be speaking out, that’s for sure,” said Douglas Wigdor, who is representing Quintanar and others who have used the ASA. “But I have to believe that the champions of the legislation would feel good about promoting it.”

Black and Trump vehemently deny the allegations against them, and both have challenged the complaints. The former president’s lawyers have claimed the law itself defies the due process requirements enshrined in New York state’s constitution.

Other critics of the ASA, such as campaigner Gary Greenberg, claim it favours cases with the potential for large payouts, and that without a legal fund or pro bono work, some victims will in effect be denied access to justice. Since the cases are civil in nature, damages can be awarded, but a liable defendant would not face imprisonment.

“Victims will go to lawyers and the door will get slammed in their face. A lot of them will give up,” said Greenberg.

“It’s a valid point. I’m not going to sugar coat that,” said Wigdor, who represented plaintiffs suing Weinstein, the former Hollywood mogul who was accused of a pattern of abuse in news reports that helped precipitate the MeToo movement. “If the perpetrator has no money, then I think it would probably be difficult to find a lawyer to do it”.

Wigdor said he hopes that advertising on Google and internet searches will alert more people to the act. “As more, bigger cases come about . . . hopefully people do learn about it,” he said. The ASA also allows plaintiffs to sue corporations, whose pockets may be deeper than an individual defendant’s.

As the cases already filed progress, victims, and lawmakers outside of New York, will be watching. Only New Jersey has passed a similar law.

“They’re obviously going to look at the high-profile cases out there to see whether women plaintiffs prevail and how fairly they are treated by the courts,” said Kaplan, who previously acted on behalf of a victim of sex offender Jeffery Epstein, among other high-profile cases.

The complaint by Carroll may be the first ASA case to go to trial, as the claim has been attached to an ongoing defamation case against the former president. For Kaplan, her lawyer, who is also representing a former TV star who says she was raped aged 19, such litigation offers a chance to right historic wrongs.

“It was true that . . . women should have had some modicum of justice in the courts,” Kaplan said. “But times blinded us to that truth.”

News - December 28, 2022 0
The Biden administration announced on Wednesday that travelers from China, Hong Kong and Macau must present negative Covid-19 tests before entering the United States,...

News - December 10, 2021 0
The US Supreme Court has partially granted requests from abortion providers to sue state officials in Texas over its new abortion law, but has...

The Metaverse Is Here: Where Is It Going? And Why Does It Matter?

News - November 16, 2022 0
Baton Rouge-based education tech firm MasteryPrep, said to be one of the fastest-growing K-12 education companies in the nation, was acquired this week by...

News - May 26, 2022 0
NEWYou can now listen to Fox News articles! Two Russian soldiers have pleaded guilty Thursday to shelling a town in eastern Ukraine in...
© 2022 Venture Current is a Flag Media LLC Publication. All Rights Reserved.
VC is part of the FLAG Token rewards network. Clients and partners can use FLAG Tokens for VC products and services.
VC runs 'Automatic' software. Stories posted here come from generic-topic Google news RSS feeds as well as client and partner-approved content.
If a story appears on this page that needs to be deleted due to licensing issues, please message us immediately so we can help you.