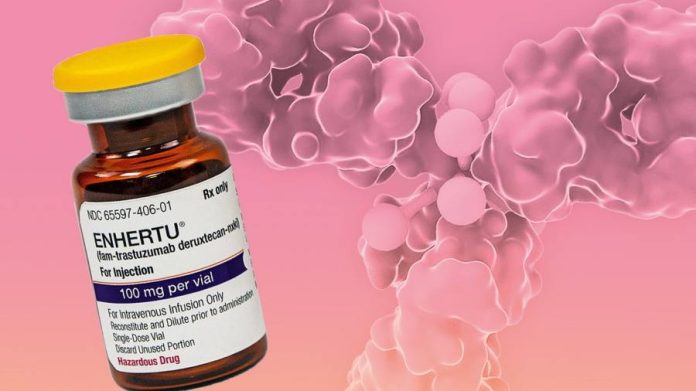 It is not often that a drug receives a standing ovation. When Daiichi Sankyo and AstraZeneca announced impressive results for their breast cancer treatment Enhertu, oncologists took to their feet to applaud.

“It was a goosebump moment, sending shivers down my spine,” said Susan Galbraith, who leads oncology research and development at AstraZeneca.

Ken Keller, chief executive of AZ’s Japanese partner on the drug, deliberately stood apart from his team at the American Society of Clinical Oncology meeting to see the mood of the crowd. “People had basically tears of joy in their eyes,” he said.

But the man who had brought the two companies together — pioneering oncologist José Baselga — did not live to witness the drug’s reception. He died in 2021 aged 61 from a rare brain disease.

One in eight women will get breast cancer in their lifetime — and Enhertu has the potential to change treatment for half of them. David Fredrickson, executive vice-president of the oncology business at AstraZeneca, said the drug “blows up the swim lanes” that previously defined the treatment of breast cancer. For a large group of patients, he said, it could be “one of the most important medicines ever”.

Enhertu was first approved in the US in 2019 for a subset of patients with cancer that has high levels of a protein called HER2. About 15 to 20 per cent of breast cancers are HER2-positive but last June a trial showed that the drug could double the time patients can live without their cancer progressing, even if they have low levels of this protein. About a fifth of the participants with metastatic cancer — usually seen as uncurable — had complete responses: scans could not detect their tumours.

The drug has transformed Daiichi Sankyo into an oncology company. And it is further proof that AstraZeneca, a leader in the field, knows when to pounce: its unorthodox move to raise $3.5bn on the public markets to help pay for the $6.9bn deal to develop and sell the drug looks set to more than pay off. Analysts are forecasting about $10bn a year in Enhertu sales at their peak.

In 2005, Daiichi merged with Sankyo, bringing together chemists from the former and biologists from the latter who would go on to create Enhertu.

The drug builds on a history of targeting the HER2 protein which dates back to Roche’s launch of Herceptin in 1998. Just like with Herceptin, scientists used an artificial antibody to hook on to the HER2 protein on a cancer cell. But they improved on current treatments by creating a strong link to a more powerful molecule that breaks down enzymes and kills cancer cells.

When they tried it in mice, they could see it worked better than the market leader, Roche’s Kadcyla. But Daiichi had never made a cancer drug. “In the end, science won the day back then,” said Ken Takeshita, global head of R&D at Daiichi. “It was courageous for this company to say, we’re going to steer away from being a cardiovascular company.”

Keller wished he could say that he knew how promising the drug was at that point. By about 2015, the technology started to look “pretty spectacular”. “But there’s a lot of drugs that look spectacular in animal studies,” he said.

He was more convinced after the first study in humans: a hard-to-treat population that had tried several other drugs. “At that point, almost nothing works. And we were seeing the tumour shrink dramatically,” he said.

Keller credits the chief executive of the time, George Nakayama, with making two big bets: focusing the company on Enhertu, and working with AstraZeneca.

Baselga joined AstraZeneca in early 2019 as head of oncology research and development. He had been forced to resign from his post as physician-in-chief at New York’s Memorial Sloan Kettering cancer centre because of a failure to disclose payments from healthcare companies, which the American Association for Cancer Research later concluded was “inadvertent”.

But while there, he had led the phase 2 trial for Enhertu, seeing first hand how it was helping patients. In his first week at AstraZeneca, he pushed the idea that AstraZeneca should have a partnership with Daiichi.

“José really gave us the conviction that this was a medicine that AstraZeneca needed to be a part of,” Fredrickson said.

Daiichi split the rights 50/50 with AstraZeneca, outside of Japan, in return for AZ conducting further clinical trials. Michael Leuchten, an analyst at UBS, said it was a “very, very clever deal”. “What did AstraZeneca see that others missed?” he asked, adding that the company has proved repeatedly it can make good decisions.

For Daiichi, AstraZeneca offered oncology expertise and money. To make the most of Enhertu’s potential, they are planning 40 trials, one of the largest programmes in the industry. They are asking huge unanswered questions: does Enhertu work in earlier stages of breast cancer? It has already been approved for some types of other cancers like gastric and lung, where HER2 shows up; but how many more could it tackle?

“We have so many potential cancers that we can study and sometimes it’s a bit challenging to find all the people and all the resources,” Takeshita said.

The biggest opportunity is early-stage breast cancer. The earlier cancer is treated the better, so it could make an even bigger difference earlier.

Nick Turner, an academic consultant medical oncologist at the UK’s Institute for Cancer Research, who specialises in breast cancer but was not involved in the Enhertu trials, said it is very likely in the future that oncologists will prescribe Enhertu instead of the previous standard medicine, Kadcyla.

“We’ll then be on the way to really curing the substantial majority of patients with early-stage HER2-positive breast cancer,” Turner said.

Roche said Kadcyla will still be an important option for patients, with its well-established record of safety and efficacy, and the company is exploring using it in combination with another of its cancer drugs.

However, Enhertu has significant side effects. Patients often have the same side effects well known from chemotherapy — such as sickness and hair loss — and there is much smaller risk of developing a serious lung condition. Early-stage patients tend to take a drug for longer and they may find it hard to tolerate over time.

Daiichi is also creating other drugs based on the same platform as Enhertu, one of which is also part of a partnership with AstraZeneca. Gareth Powell, head of healthcare at specialist fund manager Polar Capital, said Enhertu has helped take AstraZeneca to a “whole new level in terms of growth potential” — and when sales take off, would ultimately boost margins at Daiichi.

“At some point, this product gets so big, you can’t spend it fast enough in terms of investment,” he said.

Analysts at Credit Suisse in London said the competition is at least three years behind. They believe if all of the treatments based on the platform that combines antibodies with a molecule to kill cancer cells in the pipeline are successful, it could add up to an opportunity as big as Merck’s blockbuster oncology drug Keytruda, which hit $17.2bn in sales in 2021. But they warned that investor expectations are already very high, so that if anything did go wrong, it could hit shares in AstraZeneca.

For patients, Enhertu promises time. Emma Fisher was diagnosed with breast cancer in 2016 when she was just 35, and two years later, found out it had spread. The average lifespan of someone with secondary breast cancer is two to five years.

Fisher’s private health insurance paid for the drug, but she testified to the UK’s National Institute of Clinical Excellence to try to persuade authorities to pay for it for everyone on the NHS. NICE now covers the drug for many patients with HER2-positive breast cancer, and will consider it for cancers with low levels of HER2 in 2023.

News - December 2, 2022 0
US stocks gained for the second straight week after the Federal Reserve chair signalled the central bank would slow down its monetary tightening.The benchmark...

News - September 20, 2022 0
GREENVILLE, S.C. (FOX Carolina) - People in Puerto Rico are still figuring out the damage to the country as they deal with widespread power...

May the best camera win!

Revolt of the bond traders

News - November 4, 2021 0
Nov 6th 2021GLOBAL BOND markets are wakening from a long slumber. The Federal Reserve this week said it will wind down its vast bond-buying...

Unilever raises prices by 8% and warns inflation will accelerate

News - April 28, 2022 0
Unilever raised its prices by more than 8 per cent in the first quarter, cutting into the volume of products it sold as it...
© 2022 Venture Current is a Flag Media LLC Publication. All Rights Reserved.
VC is part of the FLAG Token rewards network. Clients and partners can use FLAG Tokens for VC products and services.
VC runs 'Automatic' software. Stories posted here come from generic-topic Google news RSS feeds as well as client and partner-approved content.
If a story appears on this page that needs to be deleted due to licensing issues, please message us immediately so we can help you.