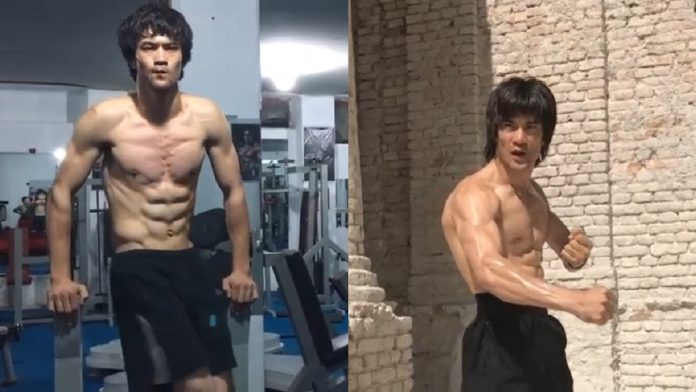 Abbas Alizada, known online as “Afghanistan’s Bruce Lee” for his uncanny resemblance to the late legendary martial artist, recently recalled his troubling experience after the Taliban retook control of his country in 2021.

Speaking to The Star, Alizada, 29, shared the hardships he had to endure after Afghanistan fell to the Taliban in August 2021 and the subsequent departure of the United States government following a 20-year occupation.

As a martial artist, online star and a member of the Taliban-persecuted Hazara ethnic group, Alizada said the Taliban’s control of the country forced him to go into hiding for more than a year.

While he was not necessarily on any official wanted list, Alizada recalled he that had to grow a beard to get past the Taliban border police and avoid recognition since he is famous in the country.

“We had freedom, but the Taliban brought back restrictions and persecution,” he told The Star.

More from NextShark: 8 Indian horror movies to keep you up at night

Alizada said he had to cover his face whenever he needed to train in a well-equipped gym in Afghanistan’s capital, Kabul.

“I went through hard days in the last year,” he said. “The Taliban took freedom from us. I was going to my gym with fear and stress.”

The Taliban also censored the arts when it controlled Afghanistan between 1996 and 2001.

More from NextShark: Andrew Yang Takes Lead in Run for NYC Mayor, According to Poll

During that period, the Islamic fundamentalist group enforced a strict ban on music, movies and TV as its members considered these activities to be “non-Islamic.” Works of art, including even paintings and sculptures from the famed National Museum in Kabul, were looted and subsequently destroyed.

Pictures portraying living people were also considered sacrilegious at the time, and books showing pictures of women with their faces revealed also suffered the same fate as other artworks.

After the Taliban retook control of the country in 2021, many artists were forced to flee Afghanistan over fears of persecution.

Alizada originally got his big break in December 2014 after his friends uploaded pictures of him on Facebook. He then started appearing in several movies and commercials in South and Central Asia a year after he went viral.

His fame quickly rose, and by November 2020, he finally received his golden ticket after being offered a role in a Hollywood film.

However, everything fell apart once the Taliban retook his country, and Alizada had to press pause on his dreams of following in the Hollywood footsteps of Lee. He recalled writing a letter of intent to a Hollywood director in 2020 as he was already close to having a U.S. working visa, which was reportedly difficult for Afghan nationals to acquire.

The U.S. embassy closed soon after American troops withdrew from the country, and his follow-up letters to a U.S. diplomatic mission in Islamabad, Pakistan, were left unanswered.

Worried about his family’s safety, especially since they are part of the Hazara ethnic group, Alizada said he contacted Immigration, Refugees and Citizenship Canada last year asking for help but never received a response.

Alizada ended up being among 32 athletes evacuated by a British non-governmental organization in December 2022 and was sponsored to have permanent British residency.

“When I walk in the streets in London, everyone wants to take photos with me,” Alizada, who now lives in Manchester, said. “People say, ‘You look very much like Bruce Lee.’ I say, ‘I am Afghanistan’s Bruce Lee.’”

No longer restricted by the influence of the Taliban, Alizada announced that he will finally join the cast of a Hollywood martial arts movie that is scheduled for filming in mid-2023.

News - October 9, 2022 0
Oct 10 (Reuters) - A look at the day ahead in Asian markets from Jamie McGeeverThe dollar wrecking ball is swinging its way through...

News - September 25, 2022 0
Polls opened in Italy on Sunday in the first autumn election for more than a century, with parties on the far right leading the...

Bride wedding: Bridezilla’s ‘massive demands’ cause bridesmaids to pull out of wedding

News - November 5, 2021 0
A bride has left the internet stunned after she revealed that her bridesmaids have decided to pull out of their duties — but it's...

News - December 2, 2022 0
It complicated the search for a mutual basis for talks, he said, that the US did not recognise "new territories" in Ukraine. At the...

Japan's economy bounced back ahead of the Olympics, data shows

News - August 16, 2021 0
Analysts have warned recovery will be modest this quarter after a state of emergency was re-imposed. Source
© 2022 Venture Current is a Flag Media LLC Publication. All Rights Reserved.
VC is part of the FLAG Token rewards network. Clients and partners can use FLAG Tokens for VC products and services.
VC runs 'Automatic' software. Stories posted here come from generic-topic Google news RSS feeds as well as client and partner-approved content.
If a story appears on this page that needs to be deleted due to licensing issues, please message us immediately so we can help you.