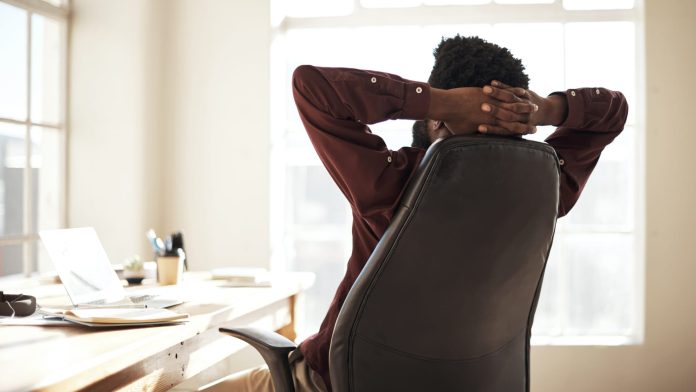 After months of frustrating dead-ends on the job hunt, Marquelle Turner-Gilchrist took matters into his own hands and became an accidental entrepreneur.

In the spring of 2022, the 35-year-old was looking for work as a luxury fashion strategist and had a number of promising interviews with a social commerce company. But a few days after getting a job offer email in his inbox, he got a call from the CEO, who rescinded the job offer — explaining that the company was largely funded by crypto investors whose digital assets were losing value by the day.

“I’ve heard of offers being rescinded,” Turner-Gilchrist told CNBC Make It in June, noting that background checks or professional references sometimes don’t pass muster. “But it’s never happened to me [before].”

CNBC Make It caught up with Turner-Gilchrist about what he learned through a challenging job search and unexpectedly becoming his own boss.

Going public about his rescinded offer on social media led to an outpouring of encouragement and even a few job leads. Turner-Gilchrist hired someone to revamp his resume and LinkedIn page and set a goal to apply to 10 jobs a day. But after countless interviews and every recruiting mishap imaginable — recruiters ghosting him, leads going cold, getting to final stages only to be told the position he was interviewing for was being de-prioritized — nothing quite materialized.

“I’ve never had an experience like this so it’s been a year of navigating challenges and finding creative ways to maintain a positive spirit,” Turner-Gilchrist says.

After an exhausting few months, Turner-Gilchrist decided to stop applying to jobs altogether.

The break came just in time. In August, with a clearer head, he reconnected with an old friend who owns a PR company in Los Angeles. The friend had a fashion client who needed some help with their marketing and strategy. Turner-Gilchrist had exactly the right experience they were looking for.

It wasn’t the full-time job Turner-Gilchrist was looking for, but he thought to himself: “Why not use this opportunity to continue to bring in income, keep my skills fresh and try something new?”

He’d never done consulting work before but learned he really enjoyed it, especially the aspect of being his own boss and having control over his time. The month-long contract was enough to give him the confidence to fully bet on himself and launch his own consulting firm.

As of Sept. 1, Turner-Gilchrist launched Atelier Lenora, where he leverages his global experiences in luxury, lifestyle and fashion spaces to help clients with merchandising and product strategy support, trend forecasting, creative direction and more.

Launching his own company was never on his career vision board. “I never wanted to be an entrepreneur,” Turner-Gilchrist says. “There’s a lot of fear and uncertainty in entrepreneurship, but I’ve been in an uncertain phase of life the past few months.”

By building out his own client network, Turner-Gilchrist has more control over his career than ever. “I always bet on other companies to determine trajectory of my career,” he says. Now, he’s in complete control.

Think about what’s really important to you

A year ago, Turner-Gilchrist says his idea of luxury was very much tied to his line of work, like sporting designer wares and taking international trips. He’s cut those things out of his budget now that his consulting income is more in flux. But, as his own boss, Turner-Gilchrist says, “freedom is the new luxury.”

The luxury of choice and autonomy means being able to work a 4-day workweek, or taking health and wellness breaks during the afternoon. It also means finding a way to support himself whether he has a full-time day job (which he’s totally open to, by the way) or not, and having the freedom to scale his business by taking on more clients and hiring employees (a definite possibility).

“The true meaning of luxury is choice, freedom, time,” he says. “Last year my definition of living a life of luxury was different than what it is today. Now it’s having agency.”

News - February 7, 2022 0
With so many spooky ghosts to choose from, how do you make the right choice? Source

News - January 2, 2022 0
Microsoft has released an emergency fix for a year 2022 bug that is breaking email delivery on on-premise Microsoft Exchange servers. Source

A gulf divides the Tory leadership race from the public

News - July 16, 2022 0
The writer is the UK Director of More in CommonWhile those vying to be our next prime minister were laying out their positions on...
© 2022 Venture Current is a Flag Media LLC Publication. All Rights Reserved.
VC is part of the FLAG Token rewards network. Clients and partners can use FLAG Tokens for VC products and services.
VC runs 'Automatic' software. Stories posted here come from generic-topic Google news RSS feeds as well as client and partner-approved content.
If a story appears on this page that needs to be deleted due to licensing issues, please message us immediately so we can help you.