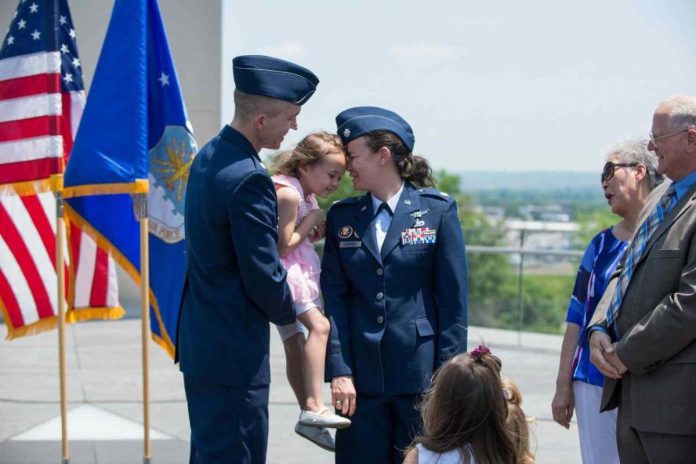 An airman’s advanced academic degrees will now be considered as part of promotion to the ranks of major and lieutenant colonel, reversing a 2014 policy that kept that information hidden. The change is designed to help the service fill some jobs where it has faced a lack of qualified service members.

The new policy, which went into effect Jan. 1, is aimed at highlighting the academic prowess of applicants as tensions with China and Russia grow, Secretary of the Air Force Frank Kendall said in a Dec. 30 press release.

“To compete with China, Russia, or other potential threats, the Air and Space Forces must incorporate new technology more rapidly and effectively than our competitors,” Kendall said in the release. “To do this effectively, we need leaders and supporting staff throughout the [Department of the Air Force ] at all levels who have deep expertise in emerging technologies and their applications to military operations.”

Read Next: ‘Chaos’ for Service Members and Spouses After Pentagon Misses Deadline for Parental Leave Policy

The service said the new policy means those advanced academic degrees “will be considered but will not be a requirement for, or a guarantor of, promotion.”

The Air Force began hiding an airman’s advanced academic degree during promotion boards in 2014 as an initiative to highlight job performance and challenge long-standing norms that those degrees were necessary to get promoted.

“We understand our Airmen are challenged every day to accomplish the mission with limited time, manpower and resources,” then-Air Force Chief of Staff Gen. Mark A. Welsh III said when releasing the policy. “By eliminating these perceived expectations, we hope to remind our officers that job performance is what we value most and that we want them to have a life away from work.”

The change comes as the Air Force has struggled to fill billets that require advanced academic degrees for science, technology, engineering and math — otherwise known as STEM.

The Air Force Research Laboratory said in a press release this past August that the Air Force had reached its lowest rate of advanced degrees in its general officers “in more than 30 years” and added that there was “a 50% fill rate” for STEM billets.

“When you start looking at some of our near=peers like China, China has been pushing a lot of advanced academic degrees,” Col. Daniel Gallton, chief of the science and engineering division at the Air Force Office of Scientific Research, said in the August release. “In the past, there was a big push for Airmen with technical degrees, and [that] hasn’t gone by the wayside, but maybe that emphasis has decreased a little bit.”

Kendall made clear that he doesn’t want airmen simply padding their resumes with academic achievements to improve promotion chances.

“Officers should not pursue an advanced degree simply to impress a promotion board or to check a perceived box,” Kendall said. “Advanced degrees should be chosen to meet personal and professional goals, with an appreciation of the value … the specific degree has to the Department of the Air Force.”

Here Are 10 of the Best Costco Buys, According to a Long-Term Employee

News - November 19, 2022 0
This article is an online version of our Scoreboard newsletter. Sign up here to get the newsletter sent straight to your inbox every SaturdayGreetings...

News - March 6, 2022 0
Credit card companies Visa and Mastercard on Saturday said they would suspend operations in Russia, dealing a new blow to the country’s financial system...

News - December 27, 2021 0
Lockdown restrictions have been tightened in the Chinese city of Xi’an, which is battling the largest community outbreak the country has seen since the...
© 2022 Venture Current is a Flag Media LLC Publication. All Rights Reserved.
VC is part of the FLAG Token rewards network. Clients and partners can use FLAG Tokens for VC products and services.
VC runs 'Automatic' software. Stories posted here come from generic-topic Google news RSS feeds as well as client and partner-approved content.
If a story appears on this page that needs to be deleted due to licensing issues, please message us immediately so we can help you.