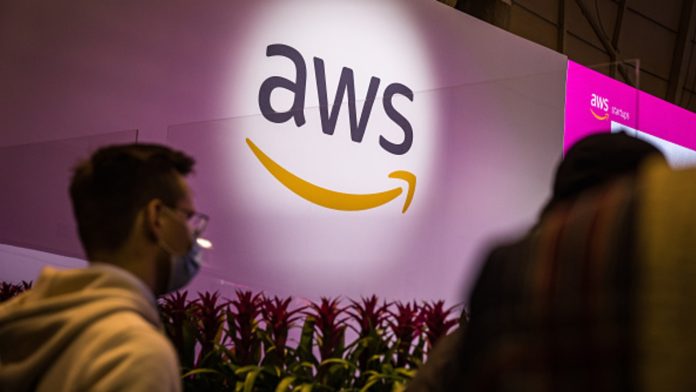 Amazon ‘s (AMZN) advertising business is emerging as a primary competitor to Alphabet (GOOGL) and Meta Platform s (META), according to a new Wall Street survey. While encouraged by the growth in its ad business, we still don’t think the tech and e-commerce giant has done enough to cut costs to protect margins. What Wall Street says Cowen released its 11 th annual ad buyer survey Wednesday and found that Amazon’s digital advertising business is expected to grow its market share in 2023 and 2024. In the survey, 50 senior U.S. ad buyers said they anticipate Amazon’s ad market share to rise from 6% in 2022 to 7% in 2024. Moreover, 40% of ad buyers believe Amazon will “emerge as a meaningful ad platform alongside GOOG and META.” That was up from 35% in 2022. At the same time, 18% of advertisers said Alphabet and Meta (like Amazon are Club holdings) will account for most of their digital ad budget, down from 26% from the prior year’s survey. In the group of existing customers under Amazon’s advertising services, 54% of respondents said they plan to increase ad spend in 2023, up from 47% last year. However, due to gathering macroeconomic headwinds, Cowen lowered its 2023 estimates for total Amazon revenue to $555 billion, down from its prior $560 billion. The analysts cited lower revenue from the company’s cloud business, Amazon Web Services (AWS). Cowen forecasted AWS revenue growth of 16% year-over-year in 2023 versus its original growth estimates of 22%. Cowen analysts dropped Amazon’s price target to $140 per share from $160. They have an outperform (buy) rating on the stock. Shares of Amazon rallied 4.5% on Wednesday, on a four-session winning streak alongside the tech-heavy Nasdaq. Certainly, a change of pace to start the new year. The stock lost about half of its value in 2022. The survey comes as Amazon’s overall sales have been weakening. While advertising services were strong in its latest quarter, AWS slowed as businesses were carefully controlling costs. Above all, the company’s overstaffing poses a real problem. Amazon CEO Andy Jassy’s recent move to let go of 18,000 jobs is not nearly enough as Jim Cramer has been pointing out. Amazon will release fourth-quarter earnings on Feb. 2. The Club’s take It’s a positive to see that Amazon’s digital advertising business is one of the preferred names among buyers and that ad spend could increase. But as other areas of the business, especially AWS, are slowing, the company hasn’t done enough to reduce costs. The survey results indicate that durable demand in advertising could support Amazon’s top-line growth, but at the Club, we are more concerned right now with earnings — and unless the company cuts more expenses, the demand environment won’t matter enough, especially given Amazon’s high price-to-earnings multiple. Thursday’s release of the consumer price index December could hold the key to whether Amazon and tech stocks can keep their winning streaks going. That’s because the Federal Reserve will be looking to the CPI to see how their battle with inflation is going. A cooler reading — in line with Friday’s wage moderation in the jobs report — could signal the Fed’s sharp interest rate hikes thus far are working and it might be able to start winding down its tightening cycle. If that were to happen, markets might be a further boost. A hot CPI print, however, would no doubt pressure markets — and perhaps the Nasdaq more so — as it could mean a Fed policy of rates being higher for longer, a factor especially painful for the tech sector and growth stocks in general that are valued on earnings materializing in the more distant future. (Jim Cramer’s Charitable Trust is long AMZN, GOOGL, META. See here for a full list of the stocks.) As a subscriber to the CNBC Investing Club with Jim Cramer, you will receive a trade alert before Jim makes a trade. Jim waits 45 minutes after sending a trade alert before buying or selling a stock in his charitable trust’s portfolio. If Jim has talked about a stock on CNBC TV, he waits 72 hours after issuing the trade alert before executing the trade. THE ABOVE INVESTING CLUB INFORMATION IS SUBJECT TO OUR TERMS AND CONDITIONS AND PRIVACY POLICY , TOGETHER WITH OUR DISCLAIMER . NO FIDUCIARY OBLIGATION OR DUTY EXISTS, OR IS CREATED, BY VIRTUE OF YOUR RECEIPT OF ANY INFORMATION PROVIDED IN CONNECTION WITH THE INVESTING CLUB. NO SPECIFIC OUTCOME OR PROFIT IS GUARANTEED.

Amazon Web Services logo at the Web Summit in Lisbon.

Amazon‘s (AMZN) advertising business is emerging as a primary competitor to Alphabet (GOOGL) and Meta Platforms (META), according to a new Wall Street survey. While encouraged by the growth in its ad business, we still don’t think the tech and e-commerce giant has done enough to cut costs to protect margins.

Uranium Energy is too hot for me right now

BehaVR and OxfordVR Combine and Raise $13M Series B Funding

News - October 31, 2021 0
The chip shortage has adversely affected the plans of multiple companies, and Samsung is definitely not immune to these effects. Likely wanting to avoid...
© 2022 Venture Current is a Flag Media LLC Publication. All Rights Reserved.
VC is part of the FLAG Token rewards network. Clients and partners can use FLAG Tokens for VC products and services.
VC runs 'Automatic' software. Stories posted here come from generic-topic Google news RSS feeds as well as client and partner-approved content.
If a story appears on this page that needs to be deleted due to licensing issues, please message us immediately so we can help you.