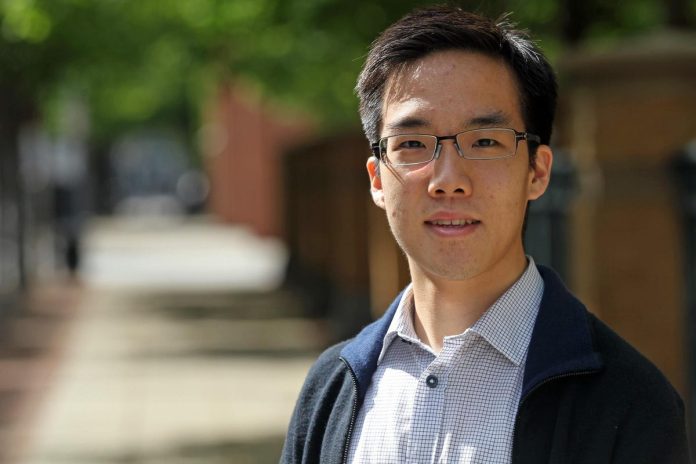 Andy Yen is the co-founder and CEO of the Proton company: a privacy-oriented collective that aims to provide an alternative vision for the Internet. Instead of an Internet where users’ privacy is the product, Proton aims to prove that people will pay and sustain models that help them better ensure their web traffic isn’t used for advertising, or to violate their privacy. I sat down to talk with him during Collision Conference about the future of the Internet, what Proton is building, and what Andy thinks is happening with the bitcoin ecosystem — while Andy was preparing for a trip to Washington DC to address American legislators on these very issues.

Note that the annotation here is based off a copyedited, transcribed recording of the interview, and that this interview was conducted during summer 2022.

What are your thoughts on the current landscape of big tech, anti-trust, and what are you hoping to get out of your trip to Washington DC?

Well, it’s the first trip that Proton has actually probably ever made to DC since we began. So it’s different from that regard. And I think it’s also very timely because for the first time ever in, in a century actually, we’re considering, at least in the US, anti-trust legislation. And this is particularly focused on tech companies, where is today where we have some of the strongest monopolies or duopolies in the world.

And the influence of legislation that is being considered for passage the next couple of weeks is nothing less than groundbreaking, it will completely revolutionize and open up the tech industry in ways that were never imagined possible even a couple of years ago. And I think it’s why it’s a very important moment for us to be in DC to have these conversations. And to make sure we can give policymakers and regulators all the support they need to get these bills across the finish line.

Give a brief overview of this legislation for those who aren’t familiar.

So there’s two acts that are advancing in Congress today (Author note: the two bills referenced are the Open App Markets Act which deals with app store pricing, and the American Innovation and Choice Online Act, which deals with tech giants advertising their own products), and what they’re really trying to tackle is the abusive behavior that big tech companies are engaging in, in order to ensure that they can protect their market dominance.

And for the uninitiated, you might not see any of these things happening. But the reason big tech is so dominant isn’t because other companies are not innovative or there’s not other startups that have been successful. It’s really that they have rigged the game and they break the game in a major way that makes it impossible for any other company that is innovative to grow and to also gain market share.

I can give two examples of this. One example is the 30% fee they charge for all payments on mobile whether this is Android or iOS, which effectively dominate the entire market.

So, today Protonmail is competing with Gmail. They’re our biggest competitor. Yet for us have access to Android, which is today the biggest mobile platform especially in the mobile-first world, we are forced to give 30% of our revenue — this is revenue, not margins, or profit, 30% of revenue as a fee to Google, which is our biggest competitor. You can hardly imagine an industry where you pay 30% margins nevermind an industry where you pay your competitor 30% of your revenue, and still be able to effectively compete. So that’s one example of how the game is rigged.

So the maximum you can capture is maybe 5% of the market if you’re lucky. And this is really bad for I think consumers in the long run because first, it hurts innovation because competition is the foundation of innovation. And when there’s less consumer choice from less competition, there’s also higher prices.

Some people say well, the 30% fee on the app store this is paid by developers, but of course developers will pass on those costs to customers so it’s essentially a tax on the whole internet. That’s all of us. So you and I were all paying that tax. And these are the things that these bills will make illegal and this will I think dramatically change the Internet economy.

If you look at the internet today, a notion of individual products and services is something that is rapidly disappearing.

These tech giants have built ecosystems, and the way they lock customers into those ecosystems is actually by having multiple products all together that work together in a seamless way. And the issue that I have with existing ecosystems is they’re really designed to maximize profit at the expense of people.

So unlike say Google’s ecosystem, Proton’s ecosystem is designed to be private by default, right? Google’s services […] are designed to maximize the monetization potential of every user. And this is a very different focus. And I think the world needs to have an alternative ecosystem that puts users and privacy first, gives good control over user data and is your alternative because otherwise you’re only left with a couple of options, none of which are really good for you and really provide what you want.

I also believe that for privacy to succeed long term it needs an ecosystem approach. Because yes, there are some people that only use email. But the majority are actually using Google Calendar, Google file storage and other services and applications. So for us, it really takes privacy to a larger audience to make it accessible to you know, not just you and I, but the regular folks out on the streets. It really needs to be an ecosystem. That is maybe the big bet that Proton is taking.

Talking of a product that is in Proton’s ecosystem, do you see spikes in VPN usage in authoritarian countries/settings?

We’ve seen it when Myanmar had the protests we saw up there. We saw it in Hong Kong as well. We saw that in Belarus a couple years back. So it’s literally every single place where we have democracy under attack. We see it. It’s very troubling that we’re seeing it more and more frequently in the world as well. We see it a lot in Africa. We see a lot of situations also in South America. And I wish I could tell you the frequency of this incidence is going down, but it’s actually increasing quite dramatically in the last couple of years.

You’ve been on the record as supporters of bitcoin — what do you think of what’s been happening with bitcoin — and any plans to accept Lightning payments?

Okay, so you know, it’s kind of an interesting topic given the meltdown in the financial markets. Proton has always kept some of our reserves in Bitcoin. And this is actually something that’s already known out in the world. There’s an internal debate: I don’t have the answer to that yet — I’m not sure if we continue to hold Bitcoin or not hold Bitcoin.

Again, I’m not, let’s say a bitcoin industry insider, but I’m happy to share some of my perspectives.

And a lot of that stuff is you know bound to crash. And when you have a space that is, you know, maybe too dominated by the abusive or fraudulent and the frankly nonsensical, then these corrections happen, and it ends up taking down the good projects as well, because it sort of lays waste to the whole space every three, four years. And that’s really bad for the industry.

[…] you know, we were also holding Bitcoin back in 2017. Right? And in 2017, what you saw was this crazy ICO craze, right seems like there was 10s of billions flooding into ICOs and we knew many were scams, and it was bound to crack to crash at some point. And this is made worse by the fact that you know, crypto and Web3 is a highly unregulated space, but there’s you know, some things are happening within the space that in the traditional financial markets would be absolutely illegal, but because it’s crypto, you can get away with it.

So this might not be a popular opinion. But I do believe the crypto community is well served by taking a stronger stance on regulation. And I don’t mean by having lawmakers come in and set rules and laws on what you can and cannot do, because they don’t understand the space.

But I think a lot of players within the space — we ought to have some moderation and maybe you know, self regulation, if that’s even possible, right? But I think it’s important to do that. Or else we have a continuous cycle of spikes and crashes and spikes and crashes. And that’s not good in the long term.

People are not going to have faith and confidence and trust in an asset class if it is frequently having 80% crash cycles. We need the crash cycles to be less and less severe over time and that’s just not happening. This crash cycle is just as bad as the last one. And that shows me that we haven’t really learned our lesson here. So maybe a controversial view, but that’s my personal view on this.

Why Proton doesn’t accept Lightning? It’s just a matter of resources. We will eventually – it’s simply a matter of time. (Author note: as of December, 27th, 2022, on Proton’s own instructions for how to pay in bitcoin, it still seems like there is an on-chain wallet address vs. a Lightning invoice.)

News - May 6, 2022 0
By STAN CHOE and ALEX VEIGA NEW YORK (AP) — A turbulent week on Wall Street ended Friday with more losses and the stock market’s...

News - April 16, 2022 0
LVIV, Ukraine — The governor of the Lviv region in western Ukraine reported air strikes in the region on Saturday morning.Maksym Kozytskyy said on...

News - October 25, 2022 0
Reaching your 30s typically means you begin to earn a lot more money, but it's also when you face much bigger expenses. This complicates...

News - December 20, 2022 0
Businesses need more clarity and simpler processes for the taxation of cross-border workers, the Office of Tax Simplification, an independent adviser to the UK...
© 2022 Venture Current is a Flag Media LLC Publication. All Rights Reserved.
VC is part of the FLAG Token rewards network. Clients and partners can use FLAG Tokens for VC products and services.
VC runs 'Automatic' software. Stories posted here come from generic-topic Google news RSS feeds as well as client and partner-approved content.
If a story appears on this page that needs to be deleted due to licensing issues, please message us immediately so we can help you.