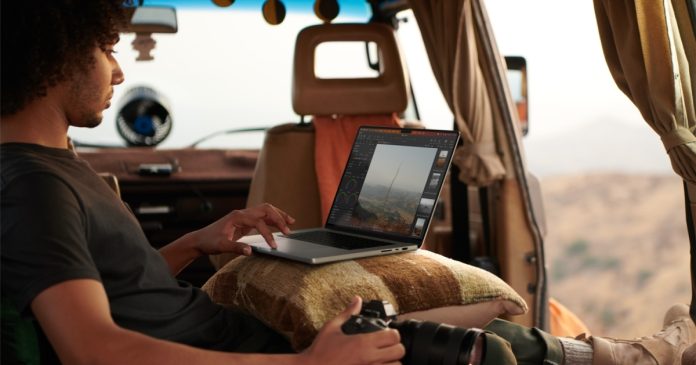 Apple has unveiled new versions of the 14-inch and 16-inch MacBook Pro, ending months of speculation surrounding the devices. New features include the latest M2 Pro and M2 Max chips — but not much else.

Almost everything else remains the same as what we saw in the M1 Pro and M1 Max versions of the MacBook Pro: the same flat-edged design, the same mini-LED display, and the same port arrangement. That’s not particularly surprising, as the M1 versions of these laptops themselves featured a major design overhaul. Another big change so soon was not really in the cards.

Before the announcement, the M2 Pro and M2 Max chips were rumored to offer a relatively minor performance uptick compared to their predecessors. That was mostly based on how the M2 chip was not a large improvement over the M1. Still, Apple’s own chips are known for their power and efficiency, and the M2 Pro and M2 Max may well offer similar benefits.

According to Apple’s press release, the M2 Pro is made with a 5-nanometer process and offers 40% faster image rendering times in Adobe Photoshop compared to the M1 Pro. It comes with up to 32GB of unified memory and can be configured to come with 10 or 12 CPU cores and up to 19 GPU cores.

The M2 Max, meanwhile, has 67 billion transistors — three times that of the base-level M2 — and can come with up to 96GB of unified memory. It has the same 12-core CPU as the M2 Pro, but 38 GPU cores instead of the M2 Pro’s 19. Apple didn’t offer up any benchmarks for the M2 Max.

We will have to see how Apple’s numbers stack up when the first reviews are published. According to numerous outlets, those could appear as early as Monday next week.

As well as the MacBook Pros, Apple also launched a new Mac mini with M2 and M2 Pro chips, and dropped the price of the entry-level model by $100 to $599. That means the Mac mini range now has no Intel options, after being one of the last Apple Macs to still contain an Intel chip.

That means the Mac Pro remains the only Mac that hasn’t entirely transitioned to Apple silicon. According to the rumors, though, we probably won’t have long to wait for that to happen.

Apple is still heavily rumored to be preparing for a special March event where it will release a host of new products. That includes an Apple silicon Mac Pro, a new Mac mini, and potentially even a mixed-reality headset. With the MacBook Pro just announced, that’s one less product due at the show — but there’s still plenty more to look forward to.

Today’s tech news, curated and condensed for your inbox

This email address is currently on file. If you are not receiving newsletters, please check your spam folder.

News - August 2, 2022 0
Nancy Pelosi landed in Taiwan on Tuesday night in the highest-level visit by a US official for decades, defying Chinese threats of a military...

Sovereign Syndicate is shaping up to be steampunk Disco Elysium

News - January 16, 2023 0
As our associate editor Tyler Colp recently put it, the fate of Disco Elysium 2 is uncertain, but other games might make up for...

Johnson, Treasury chief to be fined over lockdown parties

News - December 7, 2021 0
Apple hasn’t missed a year and released a new basic iPad every year since 2017’s 5th generation, going up to the 9th generation this...
© 2022 Venture Current is a Flag Media LLC Publication. All Rights Reserved.
VC is part of the FLAG Token rewards network. Clients and partners can use FLAG Tokens for VC products and services.
VC runs 'Automatic' software. Stories posted here come from generic-topic Google news RSS feeds as well as client and partner-approved content.
If a story appears on this page that needs to be deleted due to licensing issues, please message us immediately so we can help you.