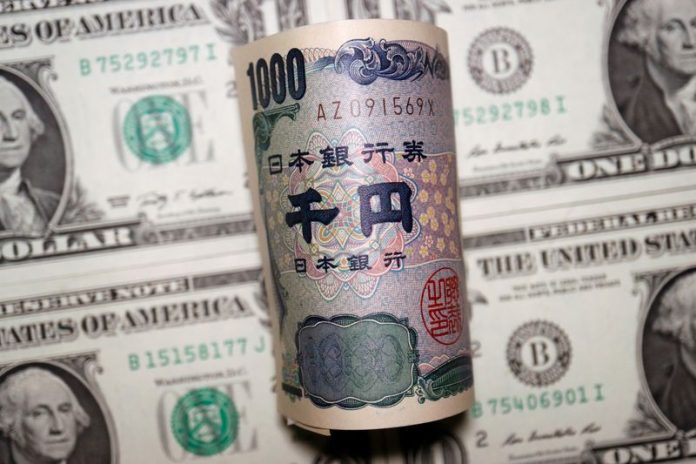 Investing.com– Most Asian currencies rose slightly in holiday trade on Monday, marking a positive start to the new year as investors bet on slower interest rate hikes by the U.S. Federal Reserve and a weaker dollar.

The extended strong gains from last week, rising 0.1% to 130.96 – its strongest level against the dollar in five months. While the currency tumbled over 15% in 2022, it regained some lost ground towards the end of the year, particularly after the unexpectedly struck a hawkish chord in its December meeting.

Still, the Japanese economy is set for increased headwinds, especially as high inflation and uncertainty over the COVID-19 pandemic continue to chip away at growth. Data last month showed that surged to a 41-year high in November.

Still, markets are positioning for an eventual economic recovery in the country, as it re-emerges from nearly three years of strict lockdown measures which had severely hampered growth.

The yuan, along with most Asian currencies, logged steep losses in 2022 as the began raising interest rates. With U.S. interest rates set to remain high through 2023, this trend is broadly expected to continue.

The and saw little trade on Monday on account of new year holidays across most of the world. But the greenback gained nearly 8% in 2022, as the Federal Reserve embarked on one of its most aggressive rate-hike cycles to curb runaway inflation.

Still, the dollar weakened in recent months after data showed that has likely peaked, which is expected to invite a slower pace of rate hikes by the Fed. The central bank already hiked rates by a relatively smaller 50 basis points in December, and is in February.

The rose 0.1% after logging bruising losses in 2022, with pressure on the currency coming mainly from India’s large trade deficit and dependence on oil imports. While the country’s economy performed well in 2022, doubts are now starting to emerge over whether this outperformance will extend into the next year.

The fell 0.6% after data showed that the country’s remained negative in December, with both and shrinking substantially.

News - December 26, 2021 0
President Joe Biden’s chief medical adviser warned on Sunday that the number of Americans infected with Covid-19 was likely to “go much higher” before...

I’m Your Man review: a sci-fi romance about dating AIs instead of fighting them

News - January 9, 2023 0
President Biden visited the US-Mexico border for the first time in his presidency – and the first verified border trip during his decades in...

News - June 8, 2022 0
© 2022 Venture Current is a Flag Media LLC Publication. All Rights Reserved.
VC is part of the FLAG Token rewards network. Clients and partners can use FLAG Tokens for VC products and services.
VC runs 'Automatic' software. Stories posted here come from generic-topic Google news RSS feeds as well as client and partner-approved content.
If a story appears on this page that needs to be deleted due to licensing issues, please message us immediately so we can help you.