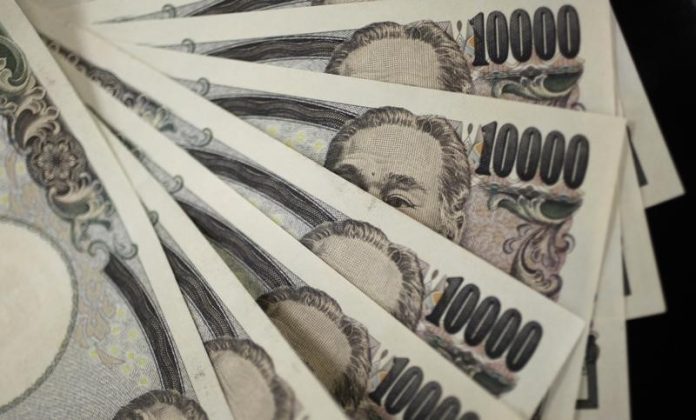 Investing.com — Most Asian currencies advanced against the dollar on Monday, cheered largely by the prospect of smaller interest rate hikes by the Federal Reserve, while speculation over another hawkish move by the Bank of Japan pushed the yen to an over seven-month peak.

The rose 0.4% to 127.32 against the dollar, reaching its highest level since late-May ahead of a later this week. The currency has been on a tear since the central bank unexpectedly struck a hawkish tone during its December meeting by widening the band within which it allows the yields on its benchmark government bonds to trade.

Yields on rose above the 0.5% upper end set by the BOJ for a second consecutive day.

Markets are now positioning for similar moves from the BOJ this week, given that inflation in the country is trending at 40-year highs. on Monday showed that factory gate prices grew more than expected in December, while November’s reading was also revised higher.

Still, the BOJ is expected to keep interest rates unchanged at ultra-low levels.

Strength in the yen weighed heavily on the and , which fell about 0.3% each to a new seven-month low. The greenback was battered in recent weeks by signs of easing , which is broadly expected to push into slowing its pace of interest rate hikes.

Asian currencies rallied on the prospect of such a scenario, given that it heralds easing pressure from high U.S. yields after a sharp increase in interest rates through 2022.

Risk-heavy units in Southeast Asia were the best performers for the day, with the and the adding 0.8% and 0.6%, respectively.

The rose 0.5% and cleared the 0.7 level against the dollar for the first time in five months, as high inflation in the country also spurred bets that the Reserve Bank will continue to hike interest rates this year.

The rose 0.1% as the People’s Bank of China kept its medium-term lending rate unchanged. But the central bank also injected more liquidity into markets to shore up economic growth, as the country grapples with its worst yet COVID-19 outbreak.

Still, markets are positioning for an eventual economic recovery in the country after it began relaxing most anti-COVID restrictions in December.

Opinion | At last, the U.S. edges toward intervening in Haiti

News - October 18, 2022 0
Comment on this storyCommentHaiti’s descent into anarchy accelerated, predictably, after its president’s assassination 15 months ago. Only now is the Biden administration throwing its...

Why Is the Stock Market Down? It Knows the Worst Is Yet to Come.

News - March 9, 2022 0
Nickel prices in China hit a record high after trading of the metal was suspended in London and oil benchmarks climbed in response to...

How to know if those are Omicron symptoms, or maybe just the common cold

News - December 23, 2021 0
What does early data tell us about Omicron?Omicron is now the dominant variant in the country and is spreading at a rapid rate, with...
© 2022 Venture Current is a Flag Media LLC Publication. All Rights Reserved.
VC is part of the FLAG Token rewards network. Clients and partners can use FLAG Tokens for VC products and services.
VC runs 'Automatic' software. Stories posted here come from generic-topic Google news RSS feeds as well as client and partner-approved content.
If a story appears on this page that needs to be deleted due to licensing issues, please message us immediately so we can help you.