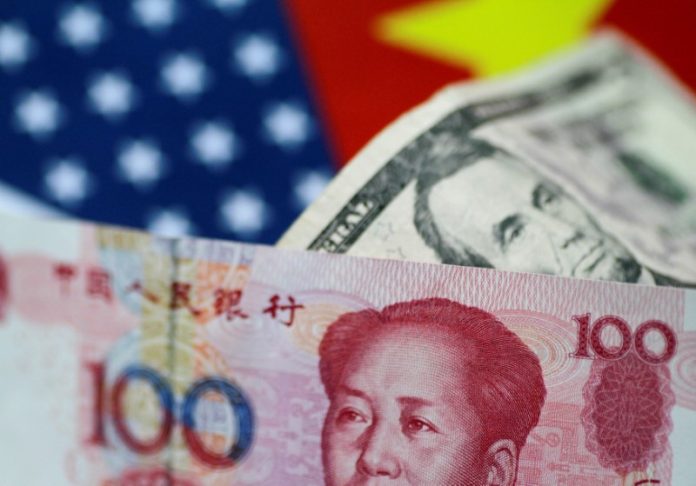 Investing.com — A rally in Asian currencies stalled on Tuesday as markets awaited more cues on U.S. monetary policy from an address by Federal Reserve Chair Jerome Powell later in the day, while caution over a Chinese reopening grew amid rising COVID-19 cases in the country.

Powell is expected to shed more light on the path of U.S. interest rates and economic growth during an in Sweden later in the day.

Markets will be watching for any changes to the Fed chair’s hawkish rhetoric, especially amid growing signs that U.S. inflation is easing. The prospect of a less hawkish Fed is expected to provide much relief to Asian markets, after a sharp rise in rates battered regional markets in 2022.

China’s rose 0.1%, sticking to a four-month high. The currency rallied sharply in recent sessions after China relaxed most anti-COVID measures and reopened its international borders in a clear pivot away from three years of zero-COVID.

But while the move is expected to eventually spur an economic bounceback, markets are cautious over the country’s near-term outlook, as the relaxing of measures also resulted in China’s worst yet COVID-19 outbreak.

Other China-exposed currencies also slowed after recent gains. The traded flat, while the and lost 0.1% each.

The was flat, even as data showed grew more than expected in December, likely heralding a similar trend in countrywide inflation.

The yen had rallied towards the end of 2022 amid growing bets that overheated inflation will push the Bank of Japan into eventually reversing nearly a decade of ultra-loose monetary policy.

Broader Asian currencies moved little, while the dollar regained some strength after some Fed officials said overnight that the central bank could hike interest rates beyond the 5% mark in 2023.

The and rose about 0.2% each, recovering slightly from a seven-month low. The greenback has tumbled in recent months amid growing bets that the Fed will in the near term.

Focus this week is also on for December, due on Thursday. The reading is expected to show that price pressures eased further from the prior month, as economic activity eased and the labor market also cooled.

News - October 14, 2022 0
Opeyemi Awoyemi, one of Nigeria’s well-known serial founders, is back with another outfit. It’s not a tech company this time — Awoyemi co-founded online...

News - April 3, 2022 0
By Krisztina Than BUDAPEST (Reuters) - The odds are slightly in favour of Hungary's nationalist Prime Minister Viktor Orban, one of Europe's longest-serving leaders,...

News - December 21, 2022 0
Twitter helped promote US military’s activities in the Middle East, according to an investigation based on company files.Twitter worked with the Pentagon to amplify...
© 2022 Venture Current is a Flag Media LLC Publication. All Rights Reserved.
VC is part of the FLAG Token rewards network. Clients and partners can use FLAG Tokens for VC products and services.
VC runs 'Automatic' software. Stories posted here come from generic-topic Google news RSS feeds as well as client and partner-approved content.
If a story appears on this page that needs to be deleted due to licensing issues, please message us immediately so we can help you.