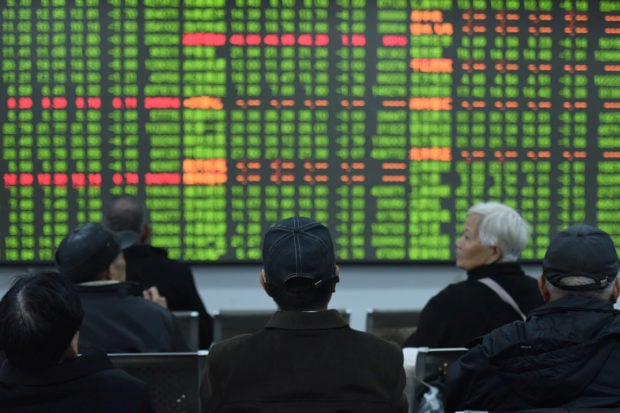 SYDNEY  – Asian shares rallied on Monday as hopes for less aggressive U.S. rate hikes and the opening of China’s borders bolstered the outlook for the global economy.

Earnings season kicks off this week with the major U.S. banks, with the Street fearing no year-on-year growth at all in overall earnings.

Beijing has now opened borders that had been all but shut since the start of the COVID-19 pandemic, allowing a surge in traffic across the nation.

Bank of America analyst Winnie Wu expects China’s economy, the second-largest economy in the world, to benefit from a cyclical upturn in 2023 and anticipates market upside from both multiple expansion and 10 percent EPS growth.

Sentiment on Wall Street got a boost last week from a benign blend of solid U.S. payroll gains and slower wage growth, combined with a sharp fall in service-sector activity. The market scaled back bets on rate hikes for the Federal Reserve.

Fed fund futures now imply around a 25-percent chance of a half-point hike in February, down from around 50 percent a month ago.

That will make investors ultra sensitive to anything Fed Chair Jerome Powell might say at a central bank conference in Stockholm on Tuesday.

It also heightens the importance of U.S. consumer price index (CPI) data on Thursday, which is forecast to show annual inflation slowing to a 15-month low of 6.5 percent and the core rate dipping to 5.7 percent.

“We at NatWest have lower than consensus CPI forecasts, and if right that will likely solidify the market pricing of 25bps vs 50bps,” said NatWest Markets analyst John Briggs.

“In context, it should still be seen as a Fed that is still likely to hike a few more times and then hold rates high until inflation’s decline is guaranteed – to us that means a 5-5.25 percent funds rate.”

Friday’s mixed data had already seen U.S. 10-year yields drop a steep 15 basis points to 3.57 percent, while dragging the U.S. dollar down across the board.

The Brazilian real had yet to trade after hundreds of supporters of far-right former President Jair Bolsonaro were arrested after invading the country’s Congress, presidential palace and Supreme Court.

The drop in the dollar and yields was a boon for gold, lifting it to a seven-month peak around $1,870 an ounce.

Oil prices were steady for the moment after sliding around 8% last week amid demand concerns. [O/R]

PSA: Spoilers for Gotham Knights Have Hit the Internet

News - October 8, 2022 0
Those looking forward to jumping into Gotham Knights on October 21 should be aware that major spoilers for this new DC adventure have begun...

News - December 2, 2022 0
The man was stranded in cold, remote location without access to the internet. He was not able to make calls either.New Delhi,UPDATED: Dec...

News - June 25, 2022 0
Xi Jinping will make his first trip outside of the Chinese mainland since the start of the pandemic more than two years ago to...

Latinas Have Struggled to Build Savings, but a Younger Cohort Is Making Gains

News - December 2, 2022 0
As one of the longest-living yet lowest-earning groups in America, Hispanic women have challenges ensuring that their later years are secure. But things are...

News - December 2, 2022 0
A well-known political rival, linked to South Africa's disgraced former President, Jacob Zuma, dramatically revealed allegations that millions of dollars - hidden in a...
© 2022 Venture Current is a Flag Media LLC Publication. All Rights Reserved.
VC is part of the FLAG Token rewards network. Clients and partners can use FLAG Tokens for VC products and services.
VC runs 'Automatic' software. Stories posted here come from generic-topic Google news RSS feeds as well as client and partner-approved content.
If a story appears on this page that needs to be deleted due to licensing issues, please message us immediately so we can help you.