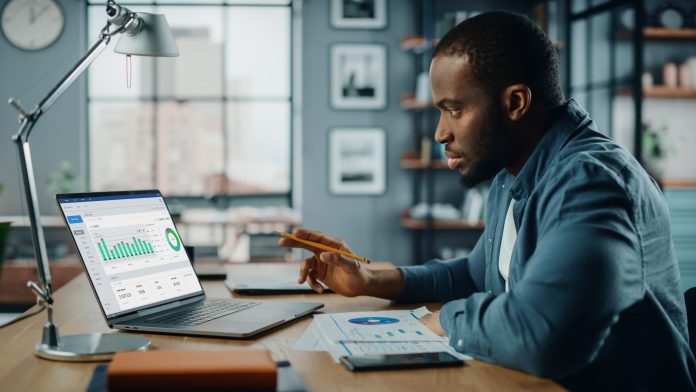 Bank of America (BAC -2.02%), the second-largest bank by assets in the U.S., has generally been regarded as a great stock to own since the Great Recession.

But in the fourth quarter of the year, net interest income (NII), the money the bank makes on loans and securities after funding those assets, disappointed, coming up short of what investors and analysts had been expecting. NII is a key revenue driver for all banks and made up about 55% of Bank of America’s total revenue in 2022.

After a disappointing quarter for NII and also disappointing guidance for the current quarter, should investors be worried? Let’s investigate.

In the fourth quarter, Bank of America delivered $14.8 billion of NII, which is still healthy when you consider that it rose 29% year over year and by 6.5% from the third quarter.

But keep in mind that Bank of America is one of the largest beneficiaries of rising interest rates in the industry. That’s because many of its loans are variable-rate and will see their loan yields reprice higher with the Federal Reserve’s benchmark lending rate, the federal funds rate. Bank of America also has one of the stickiest, lowest-cost deposit bases of any of its peers.

In Bank of America’s third-quarter earnings call in mid-October, management told investors that NII would be “at least” $1.25 billion higher than NII in Q3, which did not end up materializing with NII only growing about $900 million in Q4.

Furthermore, management in Q3 also said they believed that NII could continue growing into 2023, which also looks like it won’t happen now. Management is guiding for NII to come in at $14.4 billion in the first quarter of 2023, which is $400 million below Q4, and they didn’t provide guidance beyond the first quarter, either.

Bank of America CFO Alastair Borthwick reminded investors that six months ago, the bank guided for NII to climb about $1.85 billion in the second half of the year, and it ended up rising $2.25 billion. Unfortunately, NII outperformed in the third quarter and then underperformed in the fourth quarter.

With interest rates rising so intensely in the second half of the year, if a bank is slightly off in its models, it can make a big impact. Borthwick also said that he thinks the underperformance on NII in Q4 can be attributed to quantitative tightening (QT) really taking effect, with the Fed starting to shrink its balance sheet by $95 billion per month in September.

When the Fed reduces its balance sheet, it effectively pulls liquidity out of the economy, which has led to deposit outflows. Since June, the Fed has reduced its balance sheet by about $427 billion. Meanwhile, bank deposits have fallen about $320 million since April. Some of this is likely due to consumers spending excess savings, but a portion definitely seems partially linked to QT.

Should investors be worried?

In the near term, this is a development investors should watch because the lower-than-anticipated NII in Q4 and lower guidance for the current quarter could very well lead analysts to revise Bank of America’s estimates lower for the next few quarters or even for 2023.

However, investors should understand that Bank of America still grew NII very strongly in 2022. We are also in unchartered waters with interest rates moving so much higher in such a short period of time and with the Fed unwinding its balance sheet, which had ballooned to close to $9 trillion in early 2022.

I still have faith in Bank of America’s management team and the stock on a long-term basis, but investors should monitor NII closely moving forward.

Over 1,400 US flights canceled Friday

News - March 11, 2022 0
All the non-executives of Evraz have quit as directors with immediate effect from the London-listed steel group in which Roman Abramovich is the largest...

News - March 29, 2022 0
A gunman on a motorcycle opened fire in a crowded city in central Israel late Tuesday, methodically gunning down victims as he killed at...
© 2022 Venture Current is a Flag Media LLC Publication. All Rights Reserved.
VC is part of the FLAG Token rewards network. Clients and partners can use FLAG Tokens for VC products and services.
VC runs 'Automatic' software. Stories posted here come from generic-topic Google news RSS feeds as well as client and partner-approved content.
If a story appears on this page that needs to be deleted due to licensing issues, please message us immediately so we can help you.