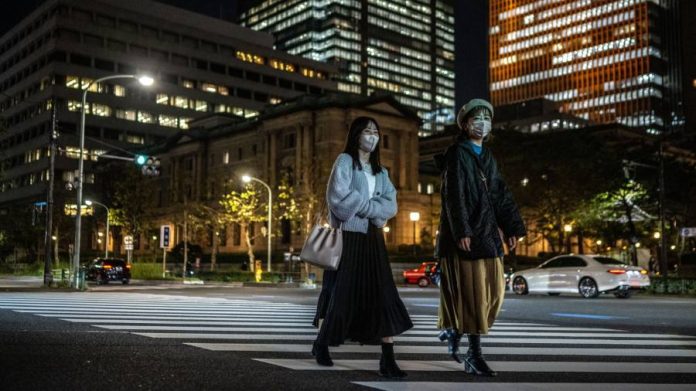 The Bank of Japan appears to have reached a truce with bond traders betting it will have to ditch its efforts to control yields on government debt, as an expanded programme of loans to banks helps ease relentless recent pressure on the Japanese bond market.

After more than a month battling huge speculative bets by hedge funds with record purchases of government bonds, the BoJ last week opted to maintain the main pillars of its ultra-loose monetary policy and indicated it had no plans to abandon so-called yield curve control. The central bank also extended a critical lending tool, a measure that has aided a rebound in Japanese government bonds.

Under the expanded lending programme, the BoJ will offer loans of up to 10 years to banks at variable rates, instead of at a previous fixed rate of zero per cent.

Analysts said banks were likely to plough some of this cash back into the bond market, which would help stabilise the yield curve. In the first auction for five-year funds on Monday, the BoJ received bids totalling ¥3.13tn ($24bn), three times the amount that was offered, at an average successful bid yield of 0.145 per cent.

“The markets are responding favourably to this programme and the bids settled at just the right level with an average rate of 0.145 per cent, which suggests that banks will continue to take part in the next auction,” said Takenobu Nakashima, chief rates strategist at Nomura. “This has increased the chances that the yield curve control will be sustainable.”

During the BoJ’s struggle against the market in early January, interest rates on the benchmark 10-year Japanese government bond rose above the central bank’s target ceiling of 0.5 per cent, propelled by traders who believed they could force outgoing governor Haruhiko Kuroda to scrap his signature policy.

Since Kuroda stood firm after the bank’s monetary policy meeting last week, Japan’s 10-year yield has dropped to a low of 0.36 per cent. On Monday, it traded close to that level at 0.38 per cent after the BoJ carried out its first expanded lending operation.

Kazuo Momma, former head of monetary policy at the BoJ who is now executive economist at Mizuho Research Institute, said that by turning to a lending scheme usually reserved for periods of tight liquidity, such as after the Covid-19 pandemic or the global financial crisis, the BoJ wanted to demonstrate that it was willing to take unprecedented steps to control the yield curve.

“It’s a clear message that the BoJ will continue with its monetary easing measures by showing that it is willing to go this far,” Momma said.

He added that the BoJ needed to strengthen its communication with markets after it stunned investors in December by saying it would allow 10-year bond yields to fluctuate by 0.5 percentage points above or below its target of zero, replacing the previous band of 0.25 percentage points.

Since then, investors have challenged Kuroda’s assertion that the move was not a tightening of its monetary policy.

But analysts said it was not clear how long the detente would last, and whether the central bank’s latest measure to bolster its funds-supply operation would be enough to restore stability to the Japanese government bond market. If last week’s decision clarified anything, according to one analyst, it was that the future of the yield curve control policy is now in the hands of Kuroda’s successor from April.

Hideyasu Ban, banks analyst at Jefferies in Tokyo, said that the BoJ’s vast Japanese government bond purchases since it began yield curve control in 2016 have left it owning roughly half the market, limiting the scope for banks to ramp up their own holdings.

Therefore, it was more likely they would look for arbitrage opportunities in the swaps market, where interest rates have recently risen far above government bond yields as investors anticipated a tightening of monetary policy, according to Ban. The BoJ’s move, he said, was about the central bank giving itself greater flexibility in controlling the pace of yield increases.

Tohru Sasaki, chief forex strategist at JPMorgan, said that last week’s decision by the BoJ showed that its concerns were still tilted more towards the risk of deflation than higher inflation.

Because it could take a long time to disprove that thesis, he said, the BoJ was in effect committed to buying massive amounts of government bonds on top of the colossal purchases in December and the first half of January.

The enhanced fund-supplying operations were clearly aimed at lowering long-term rates, added Sasaki, but it was unclear whether that would be effective.

“If the BoJ keeps buying Japanese government bonds at this pace, the BoJ’s holdings will likely reach 60 per cent by mid-year,” he wrote in a note. “The longer they keep yield curve control, the more difficult it will be to exit . . . there is no way out from this quagmire.”

Equities Top Bonds ‘Any Day of the Week’

Details of UK online safety bill to be unveiled in bid to take on...

News - March 16, 2022 0
The UK government will on Thursday unveil a long-awaited set of measures to tackle a wide range of online harms, from bullying and fraud...

News - February 21, 2022 0
The iPhone 13 has been available for almost six months, and while it’s proven to be very successful, there are some reasons you might...

News - August 13, 2022 0
Energy suppliers including British Gas, Eon and Octopus have called on the UK government to move a swath of charges from customer bills into...
© 2022 Venture Current is a Flag Media LLC Publication. All Rights Reserved.
VC is part of the FLAG Token rewards network. Clients and partners can use FLAG Tokens for VC products and services.
VC runs 'Automatic' software. Stories posted here come from generic-topic Google news RSS feeds as well as client and partner-approved content.
If a story appears on this page that needs to be deleted due to licensing issues, please message us immediately so we can help you.