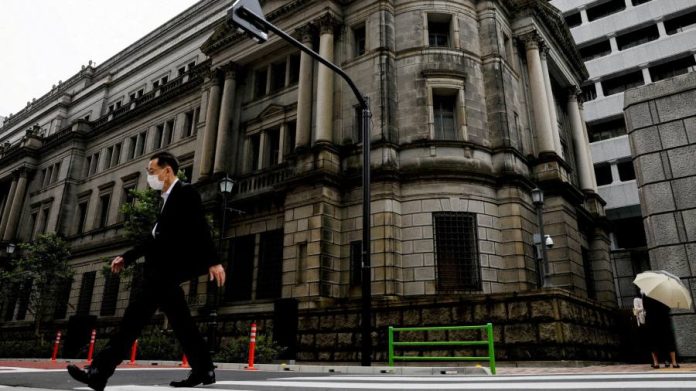 The Bank of Japan continued a run of unscheduled purchases of government bonds in an attempt to control a surge in yields caused by speculators betting it will pivot away from its ultra-loose monetary policy.

The BoJ bond buying on Friday marked the third day it made unscheduled purchase offers and increased December’s buying total to about Y17tn ($128bn), according to data compiled by Bloomberg.

The intensifying efforts by the BoJ follow its surprise decision on December 20 to adjust longstanding yield curve control measures. The BoJ has been the last of the world’s leading central banks to stick to an ultra-loose regime.

That announcement, along with the perceived risk that the BoJ may be preparing for more tightening measures, has caused yields across the curve to rise.

On top of its scheduled daily bond-buying operations targeting the 10-year notes, the central bank’s operation on Friday extended the buying offer to bonds of between one and 25-year maturities to a total of ¥1tn.

While the market pounced on the December YCC decision as a signal that the BoJ was preparing a wind-down of the YCC regime, the central bank has been adamant that its actions were designed to improve market function and reinforce its easing policies.

But bond traders said that there was a clear contradiction between the BoJ’s stated intention of the JGB market, where it is a massive holder of assets, and the new flurry of buying that was sucking liquidity back out.

The suddenness of the BOJ’s December move has prompted speculation that its governor, Haruhiko Kuroda may have come under pressure from the government to begin a long-term exit from its dovish stance.

As central banks around the world have tightened policy to protect economies from rising inflation, Kuroda has been unwavering in his commitment to holding the course. The policy helped send the yen to a multi-decade low against the dollar earlier in the year.

Naka Matsuzawa, a strategist at Nomura Securities said that the BoJ’s decision had exposed the contradictions in the normalisation process as it was essentially raising rates and reinforcing quantitative easing at the same time.

He said in a note that in a typical normalisation process markets expected to see an increase in the median 10-year yield target together with greater flexibility for the monetary base target and a decrease in JGB buying.

However “the BOJ decided to widen the trading band for 10yr yields, give up on shrinking its balance sheet for now, and keep down market volatility by actually increasing JGB buying . . . there is a good possibility that the market will attack these contradictions in the BOJ’s approach”, said Matsuzawa.

News - May 16, 2022 0
© Reuters. By Peter Nurse  Investing.com - European stock markets are expected to open lower Monday, starting the week on a cautious note as investors...

How to take a screenshot on Windows 11

News - December 2, 2022 0
Knowing how to take a screenshot on Windows 11 is really useful for sharing information, troubleshooting problems, or just grabbing a snapshot of something...

May the best camera win!

News - June 5, 2022 0
© 2022 Venture Current is a Flag Media LLC Publication. All Rights Reserved.
VC is part of the FLAG Token rewards network. Clients and partners can use FLAG Tokens for VC products and services.
VC runs 'Automatic' software. Stories posted here come from generic-topic Google news RSS feeds as well as client and partner-approved content.
If a story appears on this page that needs to be deleted due to licensing issues, please message us immediately so we can help you.