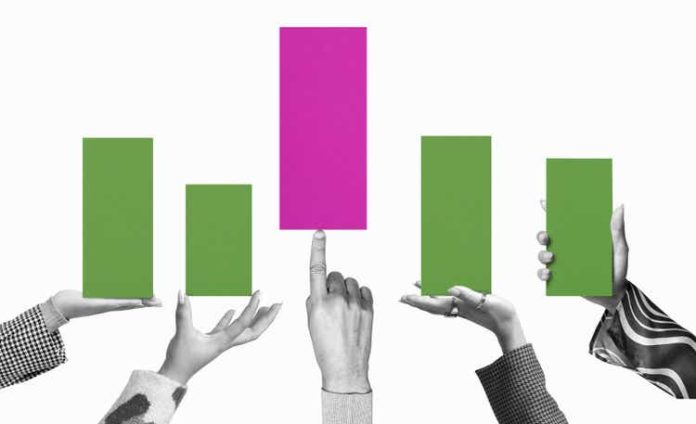 Big banks have little to fear from a recession in 2023. They’re in better shape than a decade ago, with big buffers against delinquent debtors and numerous watchdogs keeping them honest. Nonetheless, the coming year will see large U.S. lenders’ profit relentlessly gnawed by rising expenses that come from many different directions. It’s less a bear attack, and more an ant invasion.

JPMorgan (JPM), Bank of America (BAC), Wells Fargo (WFC) and Citigroup (C) all report fourth quarter earnings on Friday. The good news is that for the year ahead, rising interest rates twinned with growing loan books should more than make up for sliding investment banking fees. JPMorgan’s net interest income may weigh in at $75 billion in 2023, according to Jefferies, $22 billion more than in 2021, the year before the Federal Reserve started raising rates. Bank of America’s could hit $60 billion, a $17 billion two-year increase.

So while the economy may be slowing, banks are doing just fine. The problem is that there are many people vying, directly and indirectly, for a share of their windfall. Those include customers, regulators and – most of all – employees. All four banks’ fourth-quarter earnings per share will be lower than a year earlier, analysts reckon, and U.S. lenders’ average valuation of 1.2 times estimated book value, according to Refinitiv data, is likely to be as good as it gets.

Leading the raid on banks’ profit picnic are depositors. After years of negligible interest on their accounts, savings rates are going up. That shows through a measure known as deposit beta – the share of rate hikes passed on to consumers. In previous cycles, deposit betas hit around 50%, which means that a 2 percentage point central bank rate hike would translate into a 1 percentage point increase in the rate that depositors receive. But the betas are currently less than half that historic level at most lenders. Interest paid makes up around one-sixth of JPMorgan and Bank of America’s expenses and one-quarter of Citi’s.

Banks will try to keep those numbers low. They are awash with deposits after Covid-19, which means there’s less competitive pressure to woo rivals’ customers with juicy savings rates. Lenders like U.S. Bancorp (USB) and Regions Financial (RF) say betas this time round could settle around 30%. But pressure may mount, and no bank wants to see customers leave en masse. Online savings rates are approaching 3%, which M&T Bank (MTB) finance chief Darren King reckons is a “magic” level past which depositors shop around.

Alongside savers, regulators will dip liberally into the earnings buffet. Rules that kicked in at the beginning of 2020 force banks to take charges to cover bad debts when the economic picture darkens, even if borrowers are still fighting fit. JPMorgan’s Jamie Dimon has called this system “crazy.” Still, he and his peers have to abide by it. Loan-loss provisions could almost double year-on-year in 2023 as a result, according to Wells Fargo analysts, swallowing up roughly 10% of the industry’s net interest income.

There will be other, hard-to-predict regulatory incursions. Rohit Chopra, head of the Consumer Financial Protection Bureau, has set his sights on loosely defined “junk fees” and discrimination in lending. The CFPB squeezed a $3.7 billion settlement from serial miscreant Wells Fargo in December for wrongly levying charges on customers. Meanwhile the Federal Reserve’s new supervisory head Michael Barr has announced a “holistic review” of bank capital, which suggests required levels may be going up. Even the Federal Deposit Insurance Corp is shaving off a bigger slice of lenders’ earnings, in a bid to replenish the pot of money that protects depositors from bank failures.

The biggest cost pressure, though, comes from within. Compensation is the largest expense item for the big banks, making up around 40% of total expenses at JPMorgan and Citi, and as much as 56% at Wells Fargo. Wages in financial services are rising at around 4% a year, Labor Department data shows. Bank of America Chief Executive Brian Moynihan has promised to keep boosting them for less well-paid workers.

Banks can at least exert some control over this expense, by wielding the axe. Layoffs are already underway at Morgan Stanley (MS) and Goldman Sachs (GS), which is cutting around 6% of its workforce. For bankers who don’t get pink slips, the new conservatism will show up in bonuses. Analysts expect Goldman’s total wage bill for 2023 to be almost one-fifth less than in 2021, according to Refinitiv, despite David Solomon’s firm having slightly more employees. That implies much sharper bonus cuts.

Because pay is such a big part of banks’ expense bill, slashing it can help hold back the march of the profit-eating ants. At JPMorgan, Wells Fargo, Bank of America and Citigroup collectively, a 5% cut in compensation would offset a 12% rise in interest expenses, or a 50% rise in bad debt charges, based on numbers from the first nine months of 2022. While 2023 is unlikely to be a vintage year, lenders who slim their workforces should avoid watching their valuations picked clean.

JPMorgan, Bank of America, Citigroup and Wells Fargo will report fourth quarter 2022 earnings on Jan. 13. Analysts expect their earnings per share to be down 8%, 6%, 22% and 47% respectively compared with a year earlier, using the mean Refinitiv estimate. Wells Fargo said on Dec. 20 that it had agreed a $3.7 billion settlement with the U.S. Consumer Financial Protection Bureau, relating to problems with its automobile lending, customer deposit and mortgage services. The bank will pay $1.7 billion as a fine to the CFPB, which will go into the watchdog’s victim relief fund. The CFPB said that Wells Fargo will also allocate over $2 billion in redress to customers.

Editor’s Note: The summary bullets for this article were chosen by Seeking Alpha editors.

An Unstoppable Stock Market Is About to Meet the Immovable Fed

Transformers Beyond Reality Coming To PSVR, SteamVR This Winter

News - August 17, 2022 0
A New Zealand family made a grim discovery when they reportedly found human remains in a suitcase they recently won – a find resulting...

What’s Going on With Tesla Stock?

News - October 15, 2022 0
It's never a dull time analyzing Tesla's (TSLA -7.55%) stock. The innovative electric-car company always seems to have something interesting going on. In this...

News - June 19, 2022 0
Protesters in India’s eastern state of Bihar have damaged public property and ransacked offices in a railway station, expressing outrage at a new military...
© 2022 Venture Current is a Flag Media LLC Publication. All Rights Reserved.
VC is part of the FLAG Token rewards network. Clients and partners can use FLAG Tokens for VC products and services.
VC runs 'Automatic' software. Stories posted here come from generic-topic Google news RSS feeds as well as client and partner-approved content.
If a story appears on this page that needs to be deleted due to licensing issues, please message us immediately so we can help you.