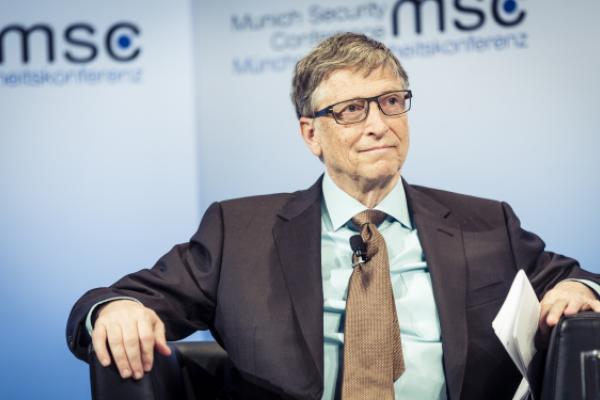 More evidence for the housing market downturn came this week, as a slew of housing market readings came in worse than expected. Now, there appears to be anecdotal evidence to confirm the same.

What Happened: Bill Gates has listed for sale the three-bedroom New York City apartment that he bought for his daughter Jennifer in 2018, the New York Post reported.

The twist in the tale is that the asking price is $4.75 million, a discount from the $5 million at which it was purchased.

The condominium, which is at 1212 Fifth Avenue, was bought by Gates so that his daughter could use it after graduating from Stanford University. Jennifer has since then married fellow equestrian Nayel Nassar and both are set to welcome their first child in a few weeks.

Toni Haber, one of Manhattan’s most experienced real estate advisors working with Compass, is holding the listing. The 2,389 square feet corner condo offers direct Central Park views to the west and north and has had substantial upgrades and configurations, the listing showed.

Why It’s Important:  Home sales and prices have been on a downward trajectory in the U.S., portending a housing market collapse. Existing home sales fell for a 10th straight month in November, a report from the National Association of Realtors showed this week.

Sales fell 7.7% month-over-month and 35.4% year-over-year. A Commerce Department report showed a 15.3% annual drop in November new home sales, although the metric increased 5.8% from the previous month.

Higher mortgage rates and home prices served as a drag on the housing sector for much of this year. The average 30-year fixed-rate mortgage rose 4% through the first ten months of the year, one of the largest on record, Brad McMillan, Chief Investment Officer for Commonwealth Financial Network said, citing data from Zillow. Home prices, however, have begun to head southward in recent months.

Gates’ decision to sell the condo could have stemmed from the fact that Jennifer no longer uses it and he desires to give away much of his wealth to charity, the Post said.

Read next: Economist Says Housing Turnover Will Drop To Its Lowest Rate In 40 Years

Don’t miss real-time alerts on your stocks – join Benzinga Pro for free! Try the tool that will help you invest smarter, faster, and better.

© 2022 Benzinga.com. Benzinga does not provide investment advice. All rights reserved.

News - November 12, 2021 0
The big sponsors of the Beijing Winter Olympics, including Visa, Coca-Cola, Airbnb and Omega, are under pressure from human rights campaigners to use their leverage to...

News - July 1, 2022 0
The big question on everyone’s lips in the cryptocurrency markets now is: where will this sharp sell-off end? On top of that, many people...

News - July 6, 2022 0
Continuously rising house prices have sparked warnings of a looming crash in the real estate market, but one analysis has shown that a city...

Inflation will be major economic challenge in 2022

News - December 29, 2021 0
Still, the Fed has chief authority over inflation. Its main policy tool is setting interest rates, which it can raise or lower depending on...
© 2022 Venture Current is a Flag Media LLC Publication. All Rights Reserved.
VC is part of the FLAG Token rewards network. Clients and partners can use FLAG Tokens for VC products and services.
VC runs 'Automatic' software. Stories posted here come from generic-topic Google news RSS feeds as well as client and partner-approved content.
If a story appears on this page that needs to be deleted due to licensing issues, please message us immediately so we can help you.