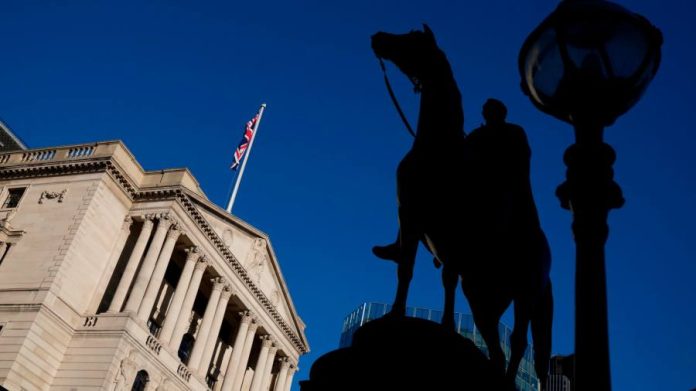 Life insurers could be overly optimistic about their ability to sell down assets in a crisis, the Bank of England has warned.

The BoE’s Prudential Regulation Authority, which supervises the sector, put 16 life insurers through a stress test of credit downgrades and increased longevity. In results published on Monday, it found them resilient, but it said their assumptions for how quickly they could sell down assets following a crisis “could be optimistic”.

Several relied on their ability to sell bonds that had been downgraded to junk, with £8bn to £9bn of such assets expected to be offloaded. Most assumed this could be done within six to 12 months of the event.

“In light of the aggregate finding, this could be optimistic, especially as other investors would also be taking similar actions,” the PRA said. “It is important that, when firms plan for the management actions that they could take in stress, they allow for market liquidity and potential stress amplification arising from actions taken by other investors.”

An example of such a rush for the exit was provided in last year’s gilts market crisis, when pension funds struggled to offload government debt quickly enough to meet collateral calls and the BoE was forced to intervene.

For general insurers, the regulator identified areas for improvement in how they quantify losses such as so-called secondary perils — events such as floods that have historically been less costly, but are growing in frequency.

For cyber risks, it found that insurers’ assessment of the likelihood of tail risks were “highly variable” and that there were “challenges and sensitivities” in the use of exclusions for state-sponsored attacks. Such exclusions have sparked fierce debate in the sector and a flurry of legal cases.

News - August 13, 2021 0
General views of the Mickey Mouse Ferris Wheel at Disney California Adventure Park at the Disneyland Resort, which has reopened for outdoor dining and...

News - October 17, 2021 0
Factory owners in China and their customers worldwide have been told to prepare for power supply disruptions becoming part of life as President Xi...

News - October 30, 2022 0
Thousands of German industrial workers walked out for several hours over the weekend in an escalating pay dispute as leaders of Germany’s powerful IG...

News - December 14, 2021 0
What is the ‘next big thing’ in computing? For more than a decade, mobile and cloud have been the two dominant drivers underpinning the...

News - January 16, 2022 0
WELLINGTON, New Zealand -- The tsunami threat around the Pacific from a huge undersea volcanic eruption receded Sunday, but the massive ash cloud covering...
© 2022 Venture Current is a Flag Media LLC Publication. All Rights Reserved.
VC is part of the FLAG Token rewards network. Clients and partners can use FLAG Tokens for VC products and services.
VC runs 'Automatic' software. Stories posted here come from generic-topic Google news RSS feeds as well as client and partner-approved content.
If a story appears on this page that needs to be deleted due to licensing issues, please message us immediately so we can help you.