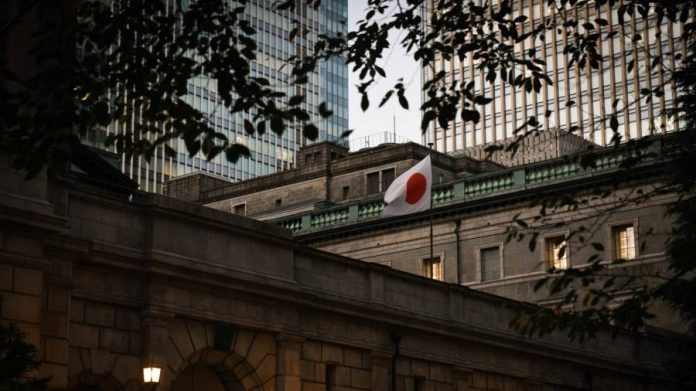 Traders have warned that bond and currency markets face a week of turmoil as the Bank of Japan meets for the final time before a new governor is named and confronts intensifying pressure to abandon its yield curve control policy.

The two-day monetary policy meeting will take place on Tuesday and Wednesday. In the run up markets are considering the ramifications of Japan finally moving away from the ultra-loose policies that have defined its 20-year battle with deflation and made it a global source of cheap funding.

The bank spent roughly 5 per cent of Japan’s gross domestic product defending its yield target in the last month alone.

Analysts said the likelihood of a major announcement at this week’s meeting is enhanced because Haruhiko Kuroda will step down in April after a record 10 years as BoJ governor. This meeting is effectively the last opportunity to crystallise his legacy.

In one scenario, the central bank further loosens the target ceiling on benchmark 10-year Japanese government bonds — a tactic it deployed in December which aims to address deepening dysfunction in the market.

The BoJ stunned investors last month by announcing that it would allow 10-year bond yields to fluctuate by 0.5 percentage points above or below its target of zero, replacing the previous band of 0.25 percentage points.

Since then investors have challenged Kuroda’s resolve, with yields on the 10-year JGB rising above the target band to 0.53 per cent on Friday.

Masatoshi Kikuchi, chief equity strategist at Mizuho Securities, said that ahead of this week’s meeting, the situation was “ripe” for a tactical JGB sell-off by foreign macro hedge funds that profited from the BoJ’s yield curve control revision in December.

The central bank has spent a total of ¥27tn ($211bn) in record bond purchases to defend its newly set ceiling. The bank owns around half of the JGB market because of its YCC policy, which started in 2016.

Economists said that the central bank could double down on its December move and raise the 10-year yield ceiling to 0.75 per cent or as much as 1 per cent.

Koichi Sugisaki, macro strategist at Morgan Stanley MUFG, said widening the YCC should reduce the pressure on the BoJ to continue large bond purchases, estimating that the 10-year JGB yield should, under normal conditions, trade around 0.58 per cent considering that the 10-year US Treasury yield is at 3.5 per cent.

Citigroup economists have forecast a second scenario, of the BoJ completely abandoning the YCC. In doing so, Kuroda would spare his still-unnamed successor that task.

“It seems better to do a major surgery under the old regime so that the new governor can conduct policy management with more freedom from April,” said Citigroup economist Kiichi Murashima.

The third scenario, backed by economists at UBS and Nomura, is for the BoJ to make no changes to its policy as it takes a wait-and-see stance until the markets fully digest the impact of its December revision.

“In order for the BoJ to formally end the YCC, it needs to reach a point where 2 per cent inflation is sustainable and when that’s the case, it also means that negative interest rates will no longer be needed,” said Naka Matsuzawa, chief Japan macro strategist at Nomura. “It seems nearly impossible to get all of this logic in place by this week’s meeting.”

‘Be on your toes’ this earnings period

News - January 20, 2023 0
CNBC's Jim Cramer on Friday urged investors to make careful, considered decisions regarding their portfolios when the new earnings season kicks off next week."It's...

Shell investors back moving HQ from Netherlands to UK

News - December 10, 2021 0
Royal Dutch Shell shareholders have overwhelmingly backed sweeping changes to the company’s share structure and tax residence, paving the way for the board to...

Nintendo Gives Us A Closer Look At Splatoon 3’s Octolings

News - June 9, 2022 0
Game launches this September by Liam Doolan 2 hours ago Splatoon 3 drops this September and in the lead up, Nintendo has been sharing new...
© 2022 Venture Current is a Flag Media LLC Publication. All Rights Reserved.
VC is part of the FLAG Token rewards network. Clients and partners can use FLAG Tokens for VC products and services.
VC runs 'Automatic' software. Stories posted here come from generic-topic Google news RSS feeds as well as client and partner-approved content.
If a story appears on this page that needs to be deleted due to licensing issues, please message us immediately so we can help you.