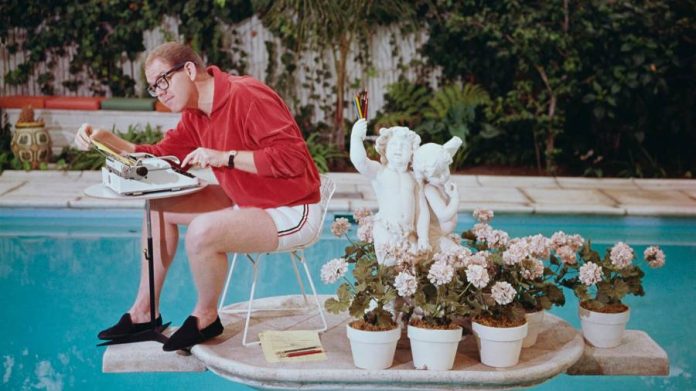 Journalism is a fantastic profession with one or two serious drawbacks. Among the most serious of these is that people keep expecting you to write a book, which is a terrible idea for a number of reasons.

First among these: there are too many damn books as it is. As the son of a librarian, I know this for a fact. My dad, though he was too polite to mention it, almost surely spent his final years wondering when I was going to add a book of my own to the piles clogging our family home (I slightly suspect that when he decided it wasn’t going to happen, and that Robert Caro was never going to deliver the final volume of his Lyndon Johnson biography, he just said to hell with it and died).

There simply isn’t much of a case for spending my nights and weekends writing a book when you can simply order a used one from Amazon. I still haven’t read John le Carré’s The Little Drummer Girl or the final two books of Jane Gardam’s Old Filth trilogy and I’m pretty sure that on my own death bed I’ll regret that quite a bit more than failure to knock out the sort of book an FT journalist is expected to write.

“A chilling exposé of Wall Street’s dark side,” writes the reviewer of my imaginary magnum opus, having read only the final chapter, and that over a couple of drinks. Will the Strand pay her a few bucks for her review copy? She lives in hope.

Financial journalists have it particularly hard, because of the wretched fact that Michael Lewis exists. So, when are you going to write your own The Big Short, asks one solicitous friend after another. Do basketball players’ friends ask them why they don’t simply have the ball go in the hoop every time, like that guy Stephen Curry? Probably.

Of course, journalists don’t write books hoping anyone will read them. They do it for the money. That’s the other major drawback of my profession — you work like a mule, get paid modestly, and hang around with rich people you feel intellectually superior to. In that sense it is like being a politician, but for politicians a natural solution to envy is always at hand: corruption.

In the age of social media, meanwhile, the embarrassingly small amount it would cost to purchase a journalist is better spent getting a 16-year-old fashion influencer to say something nice about Exxon on TikTok.

From economics, politics and history to science, art, food and drink — and, of course, fiction — our annual round-up brings you top titles picked by FT writers and critics

The money in books is not from advance or royalties. Book publishers exist to make newspaper publishers look generous. The point, instead, is to go from being Robert Armstrong, journalist, to R.K. Armstrong, author of The Fall of the House of Lucre: A Tale of Greed, Sex and Accounts Receivable.

That Armstrong gives keynote addresses at industry conferences in Miami or St Louis for five thousand a pop, while the delegates chew room temperature chicken masala and wonder if a second bottle of wine will ever come (it won’t). It’s true: the point of writing a book no one will ever read is getting paid for giving speeches no one will ever listen to.

Here, then, is a very partial selection from the long list of books I will not write in 2023:

With all the time saved by not writing any of these books, I expect 2023 will be the year I make some real headway on my novel. Happy New Year to all.

Robert Armstrong is the FT’s US financial commentator

Live updates: US natural gas prices fall to lowest level in more than a...

News - January 5, 2023 0
US stocks and Treasuries slipped on Thursday, while the dollar strengthened, after a stronger than expected jobs report underlined the labour market’s resilience in...

News - July 6, 2022 0
NEWYou can now listen to Fox News articles! Sweden and Finland inched closer to joining NATO on Tuesday as ambassadors for all 30...

Sony hits Battlefield with brutal stray as it tries to prove nothing can beat...

News - November 24, 2022 0
Microsoft’s plans to acquire Activision Blizzard for $68.7 billion have been met by several roadblocks, including a review by the FTC, an investigation from...
© 2022 Venture Current is a Flag Media LLC Publication. All Rights Reserved.
VC is part of the FLAG Token rewards network. Clients and partners can use FLAG Tokens for VC products and services.
VC runs 'Automatic' software. Stories posted here come from generic-topic Google news RSS feeds as well as client and partner-approved content.
If a story appears on this page that needs to be deleted due to licensing issues, please message us immediately so we can help you.