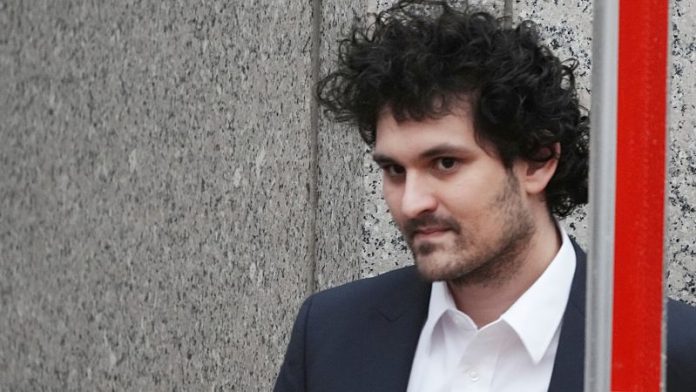 The stunning collapse of one of crypto’s most prominent firms has quickly morphed into a legal battle pitting former executives and ex-romantic partners against one another.

Last week, as FTX founder Sam Bankman-Fried was being extradited to the United States from the Bahamas, two of his former business partners pleaded guilty to multiple charges of fraud and conspiracy.

Caroline Ellison, the 28-year-old former CEO of the crypto hedge fund Alameda, apologized before a federal judge in New York, saying that she and her former associates knowingly stole billions of dollars from customers of Bankman-Fried’s FTX exchange and sought to cover it up, according to court transcripts.

“I am truly sorry for what I did,” Ellison told the court. “I knew that it was wrong.”

Ellison told the court that Alameda had a virtually unlimited borrowing facility in FTX, and that she knew the exchange would need to use customer funds to finance loans to the hedge fund. She also agreed to keep the two firms’ unusually close relationship hidden from investors and customers.

From July through October, she told the court, Ellison agreed with Bankman-Fried and others to provide “materially misleading financial statements to Alameda’s lenders,” and prepared balance sheets that concealed the extent of Alameda’s borrowing.

Ellison has been charged with seven criminal counts, including conspiracy to commit wire fraud and money laundering. She and Bankman-Fried were close business associates who briefly dated.

Wang told the court that part of his role at FTX included making changes to the exchange’s code that would grant Alameda “special privileges” on FTX.

“I knew what I was doing was wrong,” he said.

Both Ellison and Wang are cooperating with federal prosecutors, making them potentially damning witnesses against Bankman-Fried, who has repeatedly denied intentionally defrauding customers and investors.

Bankman-Fried, 30, appeared Thursday in a US courtroom in New York, where a federal judge released him on a $250 million bond. He is required to surrender his passport and remain under house arrest at his parents’ home in Palo Alto, California.

Although $250 million is an extraordinary sum, Bankman-Fried won’t have to pay it unless he violates the terms of his bail agreement or fails to show up to court. The atypical bail plan was agreed to as part of his commitment to waive his extradition fight.

Bankman-Fried’s legal team confirmed to CNN Business that he had arrived in Palo Alto and was home with his parents. His lawyer declined to comment on the guilty pleas by Ellison and Wang.

The federal judge Thursday said Bankman-Fried would be arraigned on eight criminal counts including fraud and conspiracy at an unspecified future date.

Prosecutors allege that Bankman-Fried orchestrated “one of the biggest financial frauds in American history,” stealing billions of dollars from FTX customers to cover losses at Alameda and to enrich himself. If convicted, he could face life in prison.

Bankman-Fried, prior to his arrest in the Bahamas earlier this month, had sought to portray himself as a hapless entrepreneur who got out over his skis. He repeatedly apologized to customers and to FTX staff, saying he “f—ed up,” while denying that he knowingly defrauded anyone.

News - October 28, 2022 0
The world shifted last night as Elon Musk completed his takeover of Twitter.Why it matters: One of the most influential communication platforms is now...

News - June 9, 2022 0
So, how’d we do this month? Did the household income outpace the outlays? Did the investments do as we hoped? As with so many...

News - August 11, 2022 0
A large number of Santa Rosa telecom customers lost service for hours on Wednesday amid a report that work crews damaged a pair of...
© 2022 Venture Current is a Flag Media LLC Publication. All Rights Reserved.
VC is part of the FLAG Token rewards network. Clients and partners can use FLAG Tokens for VC products and services.
VC runs 'Automatic' software. Stories posted here come from generic-topic Google news RSS feeds as well as client and partner-approved content.
If a story appears on this page that needs to be deleted due to licensing issues, please message us immediately so we can help you.