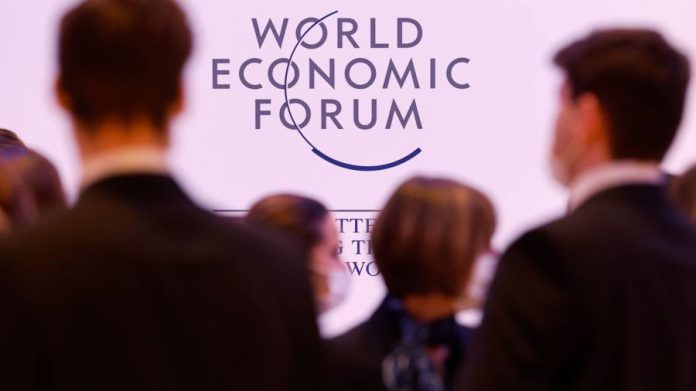 Chief executives have become increasingly concerned that their businesses will fail over the next decade, despite signs of improvement to the economic outlook for this year.

The pandemic, energy crises, a war in Europe and heightened geopolitical tensions have left business leaders low on confidence, with a large portion of those surveyed by global accounting firm PwC saying they needed to become more resilient.

Some 40 per cent of the 4,410 CEOs polled by the firm late last year said they did not see their own companies as viable in 10 years if they stayed on their current path. The pessimism among business leaders towards the end of 2022 contrasts with better than expected data on the global economy in recent weeks.

Instead of the widely predicted world recession, growth figures for major economies such as the UK and Germany have come in higher than expected, while inflation has fallen from the multi-decade highs witnessed in many economies last year.

Economic conditions continued to improve on Monday as chief executives and world leaders gathered in the Swiss mountain resort of Davos for the World Economic Forum, with European wholesale gas prices falling below €60 per megawatt hour for the first time since September 2021. Jean Marc Ollagnier, European chief executive of Accenture, the consultancy, said: “Most European CEOs are optimistic about the year ahead.”

Bob Moritz, global chair of PwC, said that, while a mood of “inordinate optimism” before Russia’s invasion of Ukraine had turned into “excessive pessimism” before the turn of the year, business leaders were increasingly focusing on the changes needed to become more resilient in the longer term.

“Chief executives are thinking, ‘can I move with the speed necessary?’,’’ Moritz said. “They worry: ‘I kind of know what the issues are but can I survive in the next five years and thrive in the next 10’.”

Nearly six in 10 said they did not personally spend enough time on strategic questions such as enhancing their company’s technological capabilities, raising skill levels among staff, building resilience into supply chains and decarbonising their operations.

Ollagnier said there was a need for European companies in particular to improve technology and “reinvent their business”.

So far in 2023 there has been an unexpected resilience in economic data. China’s decision to end its zero-Covid policy and the fall in European gas prices have led some economists to upgrade their projections for 2023. Wholesale food prices have also fallen sharply since reaching a peak last spring.

A survey of chief economists by the World Economic Forum reinforced the improvement in sentiment, with two-thirds expecting the economic conditions to improve during 2023.

Although the business environment was still challenging, they pointed to an easing of supply chain disruptions, resilient labour markets and an easing in inflationary pressures as reasons for greater optimism.

A majority still thought the world would slip into recession due to challenging conditions at the start of the year, any downturn to be shortlived with growth accelerating later in the year.

News - July 20, 2022 0
The Gaiden Event has kicked off for Apex Legends players, bringing Armed and Dangerous back as a limited-time mode, Gaiden Flash Events, and event-limited...

News - August 10, 2021 0
The country's leading multiplex operator posted better-than-expected financial results this week, but it will have to do more to justify its heady year-to-date gains. Source

The first 5 Nintendo Switch games you should play

News - October 15, 2021 0
It felt too good to be true and maybe it was. The Panglossian optimism that prevailed in the markets over the summer has faded...

News - February 27, 2022 0
The latest on the Russia's invasion of Ukraine:KYIV, Ukraine — The Ukrainian president’s office said Russian forces blew up a gas pipeline in Kharkiv,...
© 2022 Venture Current is a Flag Media LLC Publication. All Rights Reserved.
VC is part of the FLAG Token rewards network. Clients and partners can use FLAG Tokens for VC products and services.
VC runs 'Automatic' software. Stories posted here come from generic-topic Google news RSS feeds as well as client and partner-approved content.
If a story appears on this page that needs to be deleted due to licensing issues, please message us immediately so we can help you.