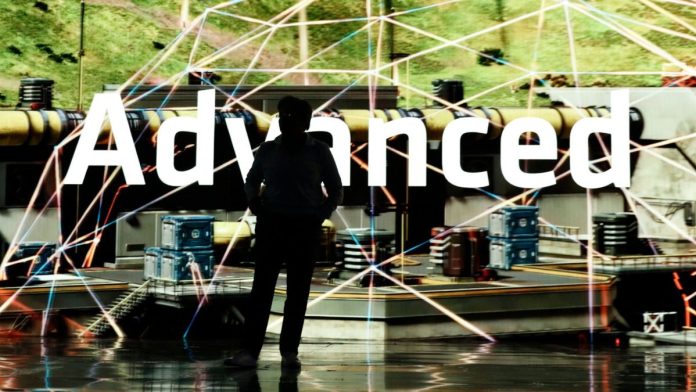 I’ve been reviewing the best laptops for almost two decades, but I’ll let you in on a little secret: while I’ve admired many, I’ve rarely loved them.

Sure, there have been some I’ve genuinely fallen for – the M1 MacBook Air remains the laptop I’d recommend most people buy, the Pixelbook Go completely changed my views about Chromebooks (come on, Google, release a new one!) and the HP Elitebook Dragonfly G2 remains my favorite Windows laptop ever (the less said about its disappointing follow-up, the Dragonfly G3, the better).

For the most part, though, I’ve nodded in appreciation (or shaken my head in despair), then returned to my beloved desktop PC.

But could the new laptops shown off at CES 2023 make me finally ditch my desktop? I have to admit, I’ve been really impressed with what I’ve seen. For a start, the major component makers Nvidia, AMD, and Intel all brought their A-game to Las Vegas when it came to the mobile technology that’ll be powering the laptops of the future.

You read that right: there’s a more varied selection of mobile RTX 4000 GPUs than there are desktop RTX 4000 GPUs.

And, while the thought of one of the best gaming laptops packing a mighty RTX 4090 that can rival most of the highest of the high-end gaming PCs is exciting, what I really want to get my hands on are gaming laptops with the RTX 4050 and 4060 mobile GPUs.

Combined with DLSS 3 upscaling tech, this means 2023 could be the year we see affordable and mid-range gaming laptops that can handle even the most graphically impressive games.

Out of all the different laptop types, gaming laptops have generally left me cold – I prefer to go for raw power and value for money with a PC. This new breed of gaming laptop could change all that.

Intel also showed it wasn’t messing around, announcing the Intel Core i9-13980HX at CES. This is the world’s first 24-core laptop CPU, and can be overclocked to a whopping 5.6GHz. That’s an incredible amount of potential power there, and again narrows the performance gap between laptops and all but the most powerful desktop PCs.

AMD, too, came to CES, and it was determined not to be left behind by its competitors, unveiling a range of Ryzen 7000 mobile processors that focus on providing high-end performance while keeping power consumption as low as possible.

Many will also come with integrated RDNA 3 graphics, and from what AMD has shared, it looks like we could see a generation of affordable laptops that can play the best PC games without the need for a discrete GPU, helping to keep down prices and prolong battery lives.

The bottom line is that you should expect laptops to get even better this year.

It’s not just the tech inside the best laptops at CES 2023 that has got me excited. CES 2023 saw major laptop makers unveil a huge amount of new devices – including quite a few with bold new innovative designs.

Laptops have largely looked the same for the past four decades, mainly because the classic clamshell design does the job so darn well. While there have been some successes in tweaking the form factor, such as 2-in-1 laptops, a lot of the time any major new design has come off as a bit… gimmicky.

But this year we’ve seen some interesting designs, such as the Lenovo Yoga Book 9i, a dual-screen laptop that could dramatically increase your workspace, without you having to carry around a big and bulky device.

Other laptops, like the LG Gram Style, offer more subtle tweaks. This thin and light laptop ditches the trackpad and instead has a haptic touchpad below the keyboard, offering a more tactile experience when being used.

Both Acer and Asus also showed off laptops with glass-free 3D displays. I’m less enthused about this, as I’ve seen companies try to push 3D in the past with little success. A manufacturer showing off 3D using a trailer for a new Avatar film feels very 2009… and not in a good way.

To be fair, both Asus and Acer are targeting these 3D laptops mainly at creatives, and product designers in particular may find it useful to be able to view their creations in 3D before producing them. I also got to try out the Asus ProArt Studiobook 16 3D OLED, and I have to admit, the use of OLED (the first for a 3D display, apparently) makes a huge difference. It offered a clear and vibrant 3D effect without the need for glasses, and while I’m still dubious, I can’t help but be impressed.

Overall, it looks like 2023 is shaping up to be a vintage year for laptops, and it could even be time for me to leave my desktop behind and go mobile.

Check out our CES 2023 hub for all the latest news from the show as it happens. We’ll be covering everything from 8K TVs and foldable displays to new phones, laptops, and smart home gadgets, so stick with us for the big stories.

Plug Power must get expenses under control

News - December 1, 2021 0
Match Group has agreed to pay the founders of Tinder $441m to settle a lawsuit in which the dating app’s founders claimed the media...

News - December 23, 2022 0
A devastating combination of conditions — hiked mortgage rates, high construction costs, and low inventory levels — has hammered the housing market this year."We...
© 2022 Venture Current is a Flag Media LLC Publication. All Rights Reserved.
VC is part of the FLAG Token rewards network. Clients and partners can use FLAG Tokens for VC products and services.
VC runs 'Automatic' software. Stories posted here come from generic-topic Google news RSS feeds as well as client and partner-approved content.
If a story appears on this page that needs to be deleted due to licensing issues, please message us immediately so we can help you.