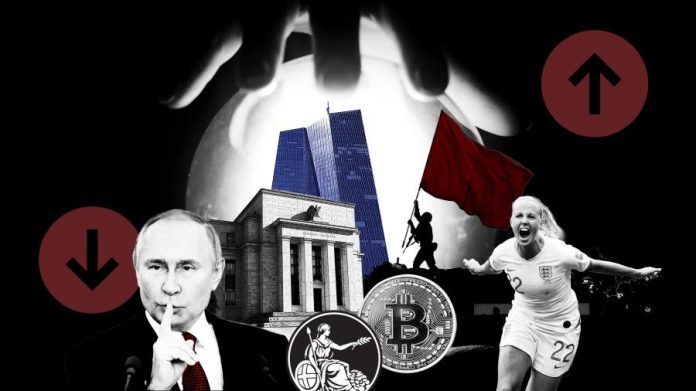 With inflationary pressures showing signs of easing, the FTSE 100 close to an all-time high and China’s population declining for the first time in 60 years, 2023 has already given analysts plenty to chew over.

But how different will the world be by the end of the year? And how accurately could one predict the events that will shape it? More importantly, could you make a better job of it than the people, known as superforecasters, who are paid to do just that?

The science of superforecasting has its roots in the work of psychologist Philip Tetlock who, for nearly two decades starting in 1987, painstakingly collected thousands of forecasts about the future from hundreds of experts — initially to prove that they were terrible at it. (Spoiler: They were not great.)

Tetlock, however, went on to co-found the Good Judgment project in 2011 with fellow academics at the University of Pennsylvania, in response to a search for the best methods to forecast geopolitical events launched by the Intelligence Advanced Research Projects Activity, an agency within the US intelligence community.

In 2015 the Good Judgment project won the competition, having “outperformed intelligence analysts with access to classified data”. It now offers commercial forecasting services and counts Dominic Cummings, the former chief adviser to Boris Johnson when he was UK prime minister, among its fans.

Good Judgment bases its early insights on the aggregated projections of professional superforecasters, who are said to prioritise probabilities over gut feelings. They are not necessarily subject-matter experts, but tend to be open-minded and data-driven.

So we have teamed up with Good Judgment to craft 10 questions about how 2023 will play out; from Vladimir Putin’s future as Russian president to China’s gross domestic product growth rate. Dozens of superforecasters will tackle them — and we are interested to see how the instincts of our readers measure up.

Complete our interactive quiz to find out how your answers compare with those of Good Judgment’s professionals, as well as other FT readers. The quiz will remain open until the end of January.

Finally, how will we make sense of the forecasts? After all, January is far too early to determine who was right and who was wrong.

Good Judgment’s superforecasters will update their predictions throughout the year. At the end of 2023, we will analyse how their collective opinion changed as the months progressed.

We will also make the all-important declaration of who formed the most prescient predictions at the outset: the superforecasters — or FT readers.

It is a significant accolade because, as Tetlock and Dan Gardner explain in their book Superforecasting: The Art and Science of Prediction, we are all forecasters by necessity: “When we think about changing jobs, getting married, buying a home, making an investment, launching a product, or retiring, we decide based on how we expect the future will unfold.”

Shell is having a use-of-cash flow crisis

A Liz Truss government would be unashamedly pro-growth

News - September 4, 2022 0
The writer is UK business secretaryWe face extraordinary challenges in the aftermath of Covid and Vladimir Putin’s brutal assault on Ukraine. Families and businesses...

News - November 1, 2021 0
FTSE Russell is considering major changes to the index underpinning a widely used China futures contract in Singapore, including potentially doubling the benchmark’s constituents,...
© 2022 Venture Current is a Flag Media LLC Publication. All Rights Reserved.
VC is part of the FLAG Token rewards network. Clients and partners can use FLAG Tokens for VC products and services.
VC runs 'Automatic' software. Stories posted here come from generic-topic Google news RSS feeds as well as client and partner-approved content.
If a story appears on this page that needs to be deleted due to licensing issues, please message us immediately so we can help you.