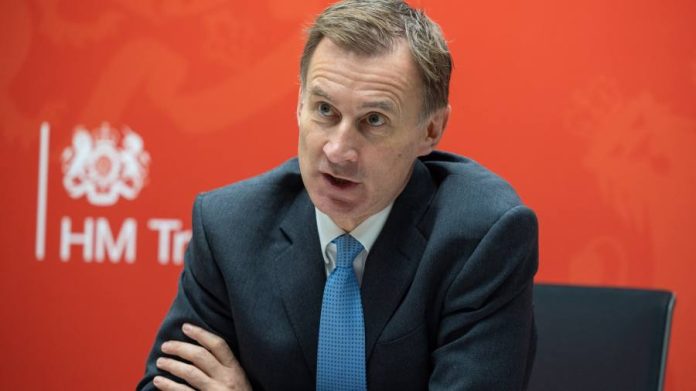 Millions of low-income households in Britain will receive payments totalling up to £1,350 spread over at least 12 months, the government announced on Tuesday as part of its measures aimed at easing the cost of living crisis.

The extra help was first announced by chancellor Jeremy Hunt in November’s Autumn Statement but the government had not previously set out when the extra cash would be paid.

The Department for Work and Pensions said the bulk of the cash would be made up of a £900 cost of living payment for more than 8mn households paid in three instalments over the course of about 12 months from spring 2023.

More than 6mn individuals on disability benefit will also receive a separate payment of £150 this summer, while an estimated 8mn pensioners will be given an extra £300 next winter.

“Tackling inflation is this government’s number one priority and is the only way to ease the strain of high prices, drive long-term economic growth and improve living standards for everyone,” Hunt said.

According to the latest figures, inflation was running at 10.7 per cent in November.

The latest support package follows payouts of up to £1,200 in extra cash to low-income households last year and comes as the government faces a wave of industrial action by public sector workers who are demanding better wages to help them cope with the soaring cost of living.

Strikes will hit the railways this week in a dispute over pay, while members of the Royal College of Nursing will stage their second round of walkouts on January 18 and 19 after the government rejected demands for a 19 per cent wage increase and improved working conditions. Ambulance workers at five NHS trusts in England will also strike later this month.

Speaking over the weekend, Sunak said he had taken “difficult but fair decisions to get borrowing and debt under control”, adding that his government had helped the most vulnerable with their rising energy bills.

The government has stressed that the latest payments are in addition to other measures of support, which include a council tax rebate for certain households and the universal £400 energy discount that will continue until March.

Work and Pensions secretary Mel Stride said that the latest payments were designed “to protect the most vulnerable”.

News - October 12, 2021 0
China plans to build more coal-fired power plants and has hinted that it will rethink its timetable to slash emissions, in a significant blow...

The nightmare of Evia, an island devoured by flames

News - August 11, 2021 0
At the edge of the forests, being devoured by flames as tall as the trees themselves, exhausted firefighters mingle with desperate villagers. United in...

US aircrew of plane where Afghans fell to their death cleared

News - June 14, 2022 0
The crew of a US military cargo plane that civilians desperately hung onto before plunging to their deaths during the chaotic evacuation of Afghanistan...
© 2022 Venture Current is a Flag Media LLC Publication. All Rights Reserved.
VC is part of the FLAG Token rewards network. Clients and partners can use FLAG Tokens for VC products and services.
VC runs 'Automatic' software. Stories posted here come from generic-topic Google news RSS feeds as well as client and partner-approved content.
If a story appears on this page that needs to be deleted due to licensing issues, please message us immediately so we can help you.