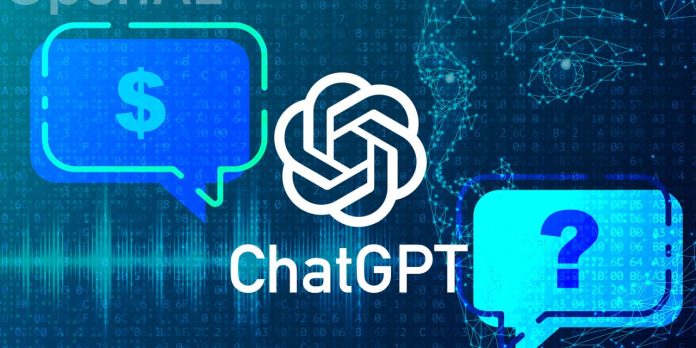 ChatGPT is the latest product of artificial intelligence to take away Silicon Valley’s breath (and venture-capital investments), but it is also yet another AI advancement that has not proved its ability to live up to a large valuation.

Projects like ChatGPT can be astounding, as they seek to test the limits of technology and push them farther. However, excitement for technological promise does not always lead to big financial returns.

natural-language computer became a household name more than a decade ago by beating two humans on the game show “Jeopardy,” leading Big Blue to make a big bet on the technology. IBM opened a business unit with IBM Watson offices on both the East and West coasts, and focused on healthcare as the biggest business opportunity.

That opportunity did not lead to riches for IBM. The healthcare push was disappointing, and when the company streamlined some of its operations earlier this year, it sold the Watson Health assets to a private equity firm for an undisclosed sum. The remainder of Watson still exists within IBM’s $25 billion software business as a suite of AI tools and apps, but IBM has never disclosed how much revenue those products produce; revenue in IBM’s data/AI segment fell 1% year-over-year in the third quarter. IBM stock has declined 8.6% since Watson won “Jeopardy” in February 2011, while the S&P 500 index
SPX,

has increased 189.5% in that time, according to FactSet data.

reinvention of consumer electronics in 2007. Paul Saffo, a Silicon Valley forecaster and consulting associate professor at Stanford University, said “This is a big deal,” adding that this is where technology is headed.

While OpenAI is private and thus does not disclose revenue, it has experienced a rapid raise in valuation and investment. The San Francisco company was founded in 2015 as a nonprofit, and its initial press release at the time mentioned “donations” totaling $1 billion from Silicon Valley investors such as Peter Thiel and Reid Hoffman, as well as Amazon.com Inc.’s
AMZN,

Amazon Web Services, to name a few, without disclosing a valuation. Elon Musk was also a co-chair, along with Sam Altman, who remains today as chief executive (Musk resigned in 2018, citing possible conflicts of interest with Tesla Inc.’s
TSLA,

Much has changed since — OpenAI got $1 billion in funding just from Microsoft Corp. in 2019
MSFT,
,
and Microsoft is reportedly looking to pour more funds into the “capped profit” company, which was recently valued at about $20 billion in a stock sale. According to a Reuters report, in a recent pitch to investors, Open AI executives said they expect revenue will reach about $200 million next year and $1 billion by 2024.

OpenAI currently offers GPT-3 — the large-language model that serves as the basis for ChatGPT — as a paid application programming interface (API) service, so companies can build apps around it. Reuters reported that OpenAI charges about a penny or a bit more for a text-based query and two cents for an image result.

For more: What is ChatGPT? Well, you can ask it yourself.

OpenAI officials did not respond to a request for an interview, so MarketWatch turned to the free version of ChatGPT available on the web. When MarketWatch asked ChatGPT “who are some customers of GPT-3,” it said: “It is not uncommon for businesses and organizations to use GPT-3 as a tool to build natural language processing applications.” It then listed some customers including eBay Inc.
EBAY,
,
which it said uses GPT-3 to improve accuracy of product categorization and search; Goldman Sachs Group Inc.
GS,
,
which uses it to analyze large volumes of unstructured data; and The Guardian, which uses it to generate news articles.

Those answers may not be the most accurate, though, which kind of fits in with the current state of ChatGPT despite the excitement. For example, while eBay said last year at an AI hardware summit that it does use machine learning and other AI techniques to infer information from text, and Goldman Sachs is part of a GPT-3 demo, the Guardian used GPT-3 only to write a few nonsensical paragraphs of an article on AI earlier this year, not exactly something that is leading to long-lasting revenue.

“It is unimaginable what things can be done,” Jyoti said, adding that she was “excited and impressed,” with OpenAI’s ChatGPT demo. “But because I live and breathe in this space…I would like to caution that it is has many inaccuracies, it doesn’t tell you the source of the data, and it can be very misleading.”

“ChatGPT sometimes writes plausible-sounding but incorrect or nonsensical answers,” OpenAI also states in a blog post about the release.

Saffo said he was not too concerned about the propensity for errors from the chatbot. “Certainly it is more accurate than your average conspiracy theorist,” he half joked. “This is a tech demonstration, it is the first of what is to follow.”

One confirmed customer who spoke with MarketWatch is Smartling, a cloud-based, smart-translation services company. Smartling uses GPT-3 to improve the source text of a translation in the post-editing process, before the text is passed on to translation.

“Even if you are generating coherent nonsense, it doesn’t mean that the content is useless,” said Curran of Forrester. “ChatGPT is a really good model. It is generally good at telling you why it can’t do certain things…If you are using ChatGPT for some internal customer-service reps, the questions being asked of that rep are going to be much more narrow in scope, the training data will be known.”

The very narrow use cases will narrow the possibility for revenue as well, however, and there isn’t much of that to go around for AI yet. IDC said that global spending on AI, including software, hardware and services for AI-centric systems will reach nearly $118 billion in 2022 and surpass $300 billion in 2026, but the market-research firm doesn’t break out a market for AI software on its own. And considering how much more expensive top-of-the-line hardware for AI is, it’s likely that software is a small percentage of that total.

So it is tricky to get any kind of sense of how big or small these AI software companies are at the moment and what the future portends. As many analysts noted, it’s definitely still early days. But even if it is, Saffo noted that “this is where we are going.” He also said that the whole tech demo and the excitement around ChatGPT showed how humans always want to believe that inanimate objects have intelligence.

“The relentless pace of Moore’s law means that these things are going to advance at 18- to 20-month doubling periods,” he said. “People will look back at ChatGPT and say ‘that was so basic and boring.’”

The same could be said of Watson a decade after it made a huge splash. And we could also say that its ability to make money was even more disappointing than its staying power as a technology. Will we say the same of ChatGPT in the next decade?

Dollar Down, Aussie Up as Receding Omicron Fears Increases Risk Appetite By Investing.com

News - December 8, 2021 0
By Gina Lee Investing.com – The dollar was down on Wednesday morning in Asia, while the . Investors’ risk appetite increased over indications that the...

Sam Bankman-Fried to testify to Congress over FTX failure

News - December 9, 2022 0
FTX founder Sam Bankman-Fried will testify next week at a US congressional hearing on the collapse of his crypto group, in a U-turn that...

News - July 26, 2022 0
Sergei Lavrov was looking for signs of friendship in Africa at a time when the global food crisis sparked by Moscow’s invasion of Ukraine...

News - March 4, 2022 0
US jobs growth accelerated sharply last month, bolstering the Federal Reserve’s case to push ahead with a series of interest rate increases this year.Employers...

News - September 17, 2022 0
© 2022 Venture Current is a Flag Media LLC Publication. All Rights Reserved.
VC is part of the FLAG Token rewards network. Clients and partners can use FLAG Tokens for VC products and services.
VC runs 'Automatic' software. Stories posted here come from generic-topic Google news RSS feeds as well as client and partner-approved content.
If a story appears on this page that needs to be deleted due to licensing issues, please message us immediately so we can help you.