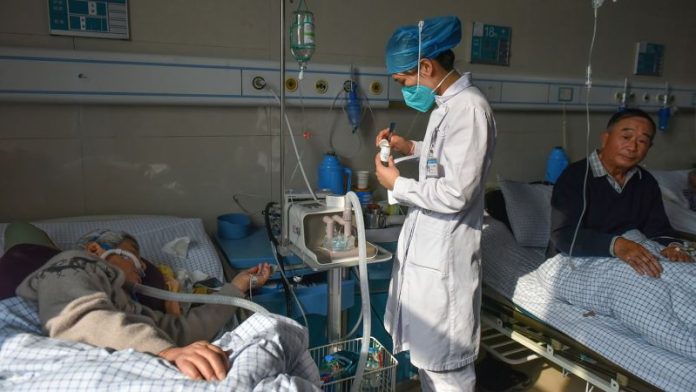 The World Health Organization has accused China of “under-representing” the severity of its Covid outbreak and criticized its “narrow” definition of what constitutes a Covid death, as top global health officials urge Beijing to share more data about the explosive spread.

“We continue to ask China for more rapid, regular, reliable data on hospitalizations and deaths, as well as more comprehensive, real-time viral sequencing,” WHO Director-General Tedros Adhanom Ghebreyesus said at a media briefing in Geneva Wednesday.

“WHO is concerned about the risk to life in China and has reiterated the importance of vaccination, including booster doses, to protect against hospitalization, severe disease, and death,” he said.

Speaking in more detail, WHO Executive Director for Health Emergencies Mike Ryan said the current numbers released by China “under-represent the true impact of the disease” in terms of hospital and ICU admissions, as well as deaths.

He acknowledged that many countries have seen lags in reporting hospital data, but pointed to China’s “narrow” definition of a Covid death as part of the issue. The country only lists those Covid patients who succumbed with respiratory failure as having died of Covid. In the two weeks prior to January 4, China reported fewer than 20 deaths from local Covid cases.

WHO officials, who have grappled with China’s tight control of data access throughout the pandemic, have become increasingly vocal in their calls for reliable information as a major outbreak rips across China’s urban centers in the wake of an abrupt relaxation of disease controls last month.

There, the outbreak has overwhelmed hospitals and crematoriums, triggered shortages of basic medicines, and sparked fears of an even darker month ahead as experts warn of a spread to less resourced rural areas during the upcoming Lunar New Year.

The surge in cases in a country of 1.4 billion has also raised global concerns about the potential emergence of new variants – and of China’s levels of monitoring and sharing data. A number of economies have implemented Covid testing requirements for travelers from China, citing a dearth of data on strains circulating there.

On Wednesday, the European Union “strongly encouraged” its member states to introduce a requirement for a negative Covid test for passengers traveling from China to the EU, according to a statement released by the Swedish presidency of the bloc.

The WHO’s Tedros said Wednesday it was “understandable” that some countries were taking these steps, “with circulation in China so high and comprehensive data not forthcoming.”

Chinese health officials presented recent genomic data to a WHO advisory body during a closed-door meeting Tuesday. The variants detected there are known and have been circulating in other countries, with no new variant yet reported by the China CDC, the body said in a statement Wednesday.

But the group and WHO officials continued to stress the need for more forthcoming genomic data. The latest situation adds to longstanding challenges for the UN body, which faced criticism at the start of the pandemic that it did not push China hard enough for data, amid concerns Beijing was obscuring critical information. Beijing has repeatedly defended its transparency.

“There’s a lot more data that needs to be shared from China and additionally from around the world so that we can track this pandemic as we enter this fourth year,” Maria Van Kerkhove, WHO’s technical lead on Covid, said Wednesday.

“We need more information on sequencing around the country, (and for) those sequences to be shared with publicly available databases like GISAID so that deeper analyses can be done,” she said. GISAID is a global initiative that provides access to the genomic data of different influenza viruses.

Information about China’s outbreak would also be shared with WHO member states during a broader meeting on Thursday, WHO officials said.

European shares edge higher ahead of US jobs report

News - June 3, 2022 0
European shares rose on Friday and Wall Street stock futures were subdued ahead of the latest US labour market report, which will offer further...

China Critic Sen. Tuberville Bought up to $250,000 in Alibaba Shares

News - August 7, 2022 0
Your leaf blower battery should be able to charge a laptop. Your drill battery should charge your phone. And while we’re at...
© 2022 Venture Current is a Flag Media LLC Publication. All Rights Reserved.
VC is part of the FLAG Token rewards network. Clients and partners can use FLAG Tokens for VC products and services.
VC runs 'Automatic' software. Stories posted here come from generic-topic Google news RSS feeds as well as client and partner-approved content.
If a story appears on this page that needs to be deleted due to licensing issues, please message us immediately so we can help you.