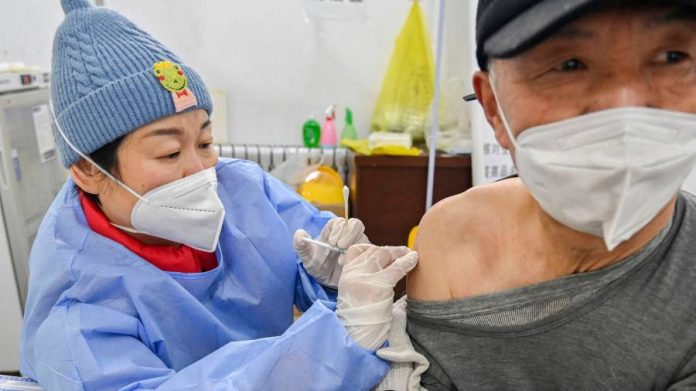 China is increasing monitoring of Covid-19 variants as an unprecedented wave of the virus rips through its population, raising alarm around the world and triggering new restrictions on travellers from the country.

In recent days, Chinese researchers and officials have begun uploading genome sequence data from dozens of coronavirus samples to Gisaid, a global online database that allows scientists to track mutations of the virus.

The data, while limited, show that the primary Omicron sub-variants spreading in China are similar to those that have already been identified in Europe and North America, where they have already been mostly outcompeted by more virulent strains.

A research team at a major Beijing university that has begun submitting sequenced samples from the city said that about 80 per cent of their specimens were the Omicron sub-variant BF. 7, while 20 per cent were BA. 5.2. BF. 7 is a spin-off of the BA.5 strain.

“The sample size is small so we still need more data to figure out the full picture,” said a member of the research team, who asked to not be named.

The findings are consistent with statements from Chinese health officials, who have said the two Omicron sub-variants are responsible for the majority of the cases in the country, as well as other samples uploaded to Gisaid from Fujian, Guangdong and Sichuan provinces.

Data from the US Centers for Disease Control and Prevention estimated that the BA.5 sub-variant was responsible for 80 per cent of America’s Covid cases in September, but had fallen to 7 per cent by mid-December. BF. 7 was found in 7 per cent of US samples in November, and was just 4 per cent by the week to December 24.

This month, Xu Wenbo, a top official at the Chinese Center for Disease Control and Prevention, said the institution was developing a national genetic database of Covid samples.

Xu said three hospitals in each province would collect samples from at least 25 Covid patients a week, but it remains unclear if the system has been put in place. Health officials are currently struggling to cope with an influx of elderly Covid patients that has overwhelmed hospitals and emergency services.

Beijing’s move to curtail most Covid testing while publishing implausibly low death figures has prompted mounting unease that it is once again suppressing information to cover up the extent of the outbreak, as when the pandemic first erupted in Wuhan.

China announced just one death each for Wednesday and Thursday, but has sharply narrowed the definition of Covid-related fatalities and has ceased publishing daily case tallies.

The US on Wednesday cited “the lack of adequate and transparent” data as it unveiled Covid testing requirements for air travellers from China.

Japan, India, Taiwan, South Korea and Italy have also imposed restrictions on Chinese arrivals in anticipation of a wave of visitors as the country reopens its borders. Italy found more than half the passengers on one post-Christmas flight from China to Milan were infected, but on Thursday said no new variants had been found among the sequenced cases.

Gisaid said that in the four days to Wednesday, China had submitted 167 virus genomes and that provincial offices with the Chinese CDC had “noticeably increased the number of submissions of genome sequence and associated metadata from samples”.

Ben Cowling, a professor of epidemiology at the University of Hong Kong, said it made sense to be wary of new variants emerging in China, but added that “more sequencing would be better from all countries”.

“It’s not fair to say that only China should be doing more sequencing,” he said.

Infertility is not a risk with Covid-19 vaccines for kids

News - November 1, 2021 0
A survey released by the Kaiser Family Foundation last week found that 66% of parents of 5- to 11-year-olds worried that vaccines might negatively...

Alibaba: SoftBank is selling its crown jewels to ride out ‘severe market’

News - July 27, 2022 0
Comment on this storyCommentA rare Roman coin minted nearly two millennia ago in Egypt has been found off the Israeli coast, in what authorities...
© 2022 Venture Current is a Flag Media LLC Publication. All Rights Reserved.
VC is part of the FLAG Token rewards network. Clients and partners can use FLAG Tokens for VC products and services.
VC runs 'Automatic' software. Stories posted here come from generic-topic Google news RSS feeds as well as client and partner-approved content.
If a story appears on this page that needs to be deleted due to licensing issues, please message us immediately so we can help you.