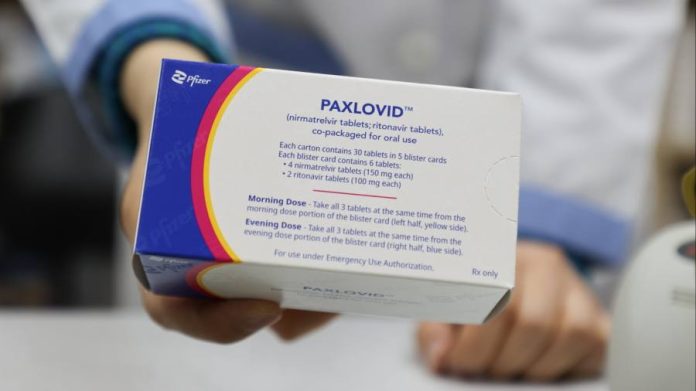 China’s elites are stockpiling supplies of Paxlovid, Pfizer’s Covid-19 antiviral drug, and giving it away to curry favour with business associates as an unprecedented Covid wave sweeps the country, leaving hospitals stripped of resources and ordinary people struggling to access medication.

Multiple public and private hospitals told the Financial Times that the drug, which is widely available in the west, was either out of stock or only available to patients with severe underlying health conditions. Paxlovid is generally prescribed to treat mild to moderate Covid cases.

Doctors said that officials and business owners had snapped up significant stocks of the pills at exorbitant prices to protect their elderly parents, family or friends. The scramble has driven soaring demand for Paxlovid and turned it into an embodiment of the country’s health inequalities, according to analysts.

“Access to Paxlovid shouldn’t be determined by people’s power or wealth,” said Jin Dongyan, a virologist at the University of Hong Kong. “This is a life-saving drug and should be made available to anyone who needs it.”

China is struggling with its worst outbreak of coronavirus after abruptly abandoning its strategy of harsh lockdowns, quarantines and mass testing. Chinese officials have estimated that 250mn people were infected within 20 days as the virus spread through its biggest population areas, including Beijing, Shanghai and southern Guangdong province.

But authorities have been slow in making Paxlovid, which is the only foreign Covid medication approved for use in China, available to citizens. Beijing has not approved any foreign Covid vaccines using advanced messenger RNA technology, leaving its population reliant on less effective domestic jabs.

China imported its first batch of 21,200 boxes of Paxlovid in March as Shanghai suffered a huge outbreak. But shipments have remained minimal, with the country importing only several hundred thousand boxes, far short of demand, according to a Beijing-based government adviser who said that authorities feared putting Paxlovid’s local competitors at a disadvantage.

“We don’t want to count on another country for anti-Covid drugs,” said the adviser. “We need to create market space for locally made medicines.”

Beijing has in recent months heavily promoted Lianhua Qingwen, a traditional herbal remedy whose ingredients include honeysuckle, liquorice root and weeping forsythia, and Azvudine, a domestic antiviral, as effective treatments despite a lack of clinical data.

Beijing informed the city’s state-run community clinics on Monday that they would receive a limited supply of Paxlovid for elderly patients. The move suggested that the drug may become more available in bigger cities in the coming weeks.

But multiple public hospitals in Beijing and Shanghai, where Paxlovid is covered by state-backed health insurance, said the pill would be reserved for patients with critical underlying conditions.

“Our Paxlovid serves patients with end-stage cancer and kidney failure and there are a lot of them,” said a doctor at state-backed Peking Union Medical College Hospital. “We don’t have anything left for patients who are less ill.”

At some high-end private hospitals, Paxlovid is available for as much as Rmb8,300 ($1,200) per box for patients with deep pockets — compared with the $530 the US government agreed to pay per five-dose course of the medication in April. An official at Oasis International Hospital in Beijing said it sold out its inventory of 300 boxes this month within 24 hours.

The official added that there was no timeline for the next shipment.

The rest of the country, in particular under-equipped rural areas, have even dimmer hopes of acquiring the drug given the low import volumes. A recent study co-funded by the Chinese Center for Disease Control and Prevention found that the country needed to make antivirals such as Paxlovid available to 160mn elderly people with underlying health conditions to effectively reduce Covid-related deaths, which projections have put as high as 1mn. 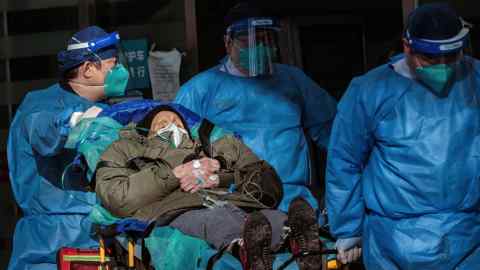 The limited supply has turned Paxlovid into a popular gift among China’s well-connected. An official at one distributing hospital in Beijing said a “considerable” number of the pills prescribed ended up being bought by healthy people.

“It is more coveted than Moutai,” said the official, referring to a premium Chinese liquor brand that is one of China’s favoured business gifts.

In Beijing, a business owner said he received two boxes of Paxlovid this month as a gift from a friend who had obtained the drug from a hospital department that caters to senior officials.

But he decided not to keep it. “I am going to give it to someone else who needs the drug as a present,” he said.

News - February 24, 2022 0
“In God We Trust, All Others Bring Data,” a quote attributed to mathemetician W. Edwards Deming, is NASA’s unofficial motto. For the first time, we have data to...

Afghanistan: the view from Ground Zero

News - April 4, 2022 0
European shares and US stock futures edged higher on Monday, while German government bonds rallied, as investors weighed the economic growth outlook and the...

Unicorn Fever – But Who Is Benefiting From Europe’s Startup Investment Boom?

News - August 9, 2021 0
Manish Madhvani, co-founder, GP Bullhound GP Bullhound ...
© 2022 Venture Current is a Flag Media LLC Publication. All Rights Reserved.
VC is part of the FLAG Token rewards network. Clients and partners can use FLAG Tokens for VC products and services.
VC runs 'Automatic' software. Stories posted here come from generic-topic Google news RSS feeds as well as client and partner-approved content.
If a story appears on this page that needs to be deleted due to licensing issues, please message us immediately so we can help you.