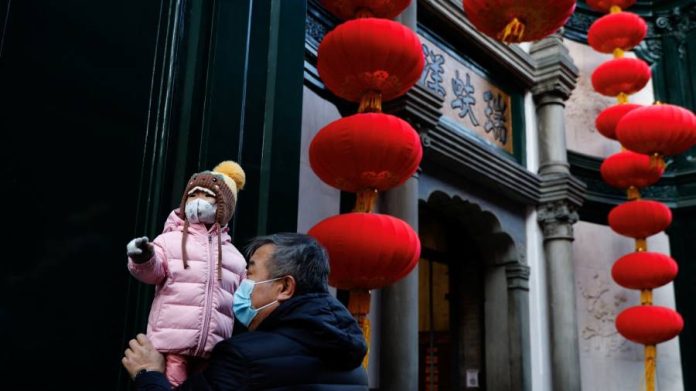 China’s population fell last year for the first time in decades, a historic shift that is expected to have long-term consequences for the domestic and global economies.

The world’s most populous country has long been a crucial source of labour and consumption, fuelling growth in China and the world.

“This is a truly historic turning point, an onset of a long-term and irreversible population decline,” said Wang Feng, an expert on Chinese demographic change at the University of California, Irvine.

The decline officially began last year, with deaths outstripping births, but some demographers argue that the trend likely started before then.

Fuxian Yi, a demographer at the University of Wisconsin-Madison, estimated that China’s population started to fall in 2018, but the drop was obscured by “faulty demographic data”.

“China is facing a demographic crisis that far exceeds the imagination of Chinese authorities and the international community,” said Yi, noting that the trend will act as a long-term drag on the country’s property market, a crucial engine of growth.

“Abundant labour has been the fuel that has driven China’s rapid growth for more than four decades,” said Yi, “and now China is flying at high speed without enough fuel.”

Some economists argue that the rise of automation will offset rising labour costs as the number of workers shrinks.

But analysts largely agree that the country’s social welfare and medical infrastructure is ill-prepared for an ageing population.

China’s sudden exit from its strict zero-Covid policy last month and the surge of infections that followed rapidly overwhelmed hospitals. Wang said this should serve as a “wake-up call for China to speed up reforms of its still highly inefficient and unequal healthcare system”.

News - August 25, 2021 0
Salesforce CEO Marc Benioff told CNBC's Jim Cramer on Wednesday that some corporate executives have been surprised by employees' desire to continue working from...

News - November 26, 2022 0
— Recommendations are independently chosen by Reviewed’s editors. Purchases you make through our links may earn us and our publishing partners a commission.Black Friday...

News - March 11, 2022 0
© 2022 Venture Current is a Flag Media LLC Publication. All Rights Reserved.
VC is part of the FLAG Token rewards network. Clients and partners can use FLAG Tokens for VC products and services.
VC runs 'Automatic' software. Stories posted here come from generic-topic Google news RSS feeds as well as client and partner-approved content.
If a story appears on this page that needs to be deleted due to licensing issues, please message us immediately so we can help you.