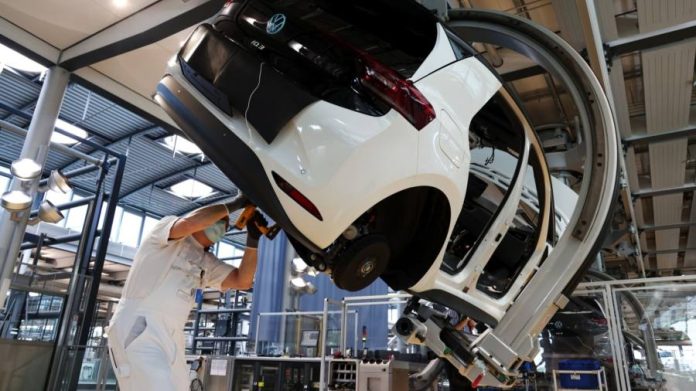 Chinese battery manufacturers have extended their dominance over global supply, with the top two producers reaching a combined market share of 50 per cent, and leaving South Korean and Japanese rivals lagging behind.

CATL, supplier to carmakers including Tesla and Volkswagen, more than doubled battery sales to 165.7 gigawatt hours in the 11 months to the end of November, according to data from Korea’s SNE Research — enough for roughly 3.3mn average-sized electric vehicles.

That extends the company’s lead as the world’s biggest producer and takes its market share to 37.1 per cent, up from 32.2 per cent in 2021.

The SNE report also showed “frightening” growth at China’s second-largest cell producer and EV manufacturer BYD, whose battery sales almost tripled to 60GWh over the same period to give it a 13.6 per cent market share.

The tightening grip of China’s battery manufacturers comes on the back of breakneck growth in the country’s domestic EV market despite challenges to the economy from the property sector slowdown and zero-Covid policies in force until last month.

The China Passenger Car Association expects the country’s electric car sales growth to slow to 30 per cent this year as subsidies are withdrawn, after doubling to 6.4mn-6.5mn vehicles in 2022.

Many analysts have predicted that CATL and BYD’s market share will drop as competition intensifies both domestically and overseas, but the moment is yet to arrive.

Korea’s LG Energy Solution and Japan’s Panasonic recorded growth of less than 10 per cent in the first 11 months of 2022, the SNE data show, with BYD displacing LG as the world’s number two producer.

Kevin Shang, an energy storage analyst at consultancy Wood Mackenzie, said CATL’s strengths in technology development, supply chain control, economies of scale and relationships with carmakers had given it the upper hand.

“Innovation is a key weapon in the market,” he said. “In the short term, CATL will hold its dominating position with more effort but faces competition from South Korean companies and US clean energy policy in the longer run.”

The SNE figures represent the battery capacity installed in electric cars that have been sold, meaning the ranking is influenced by model launches among carmakers with which they have supply relationships.

A further factor for the Chinese groups’ growth has been the shortages and high prices of raw materials such as nickel and lithium that have encouraged adoption of cheaper Chinese batteries by European car companies such as Volkswagen and Volvo, SNE said.

CATL has ridden out some of the pressures that battery manufacturers are facing from soaring raw material prices, with net profit almost trebling in the second and third quarters following an unexpected drop in the first.

Even so, its share price has sunk 30 per cent over the course of the year as part of a broader rout among Chinese tech stocks, taking its market capitalisation to about $140bn.

The deepening of CATL’s dominance in the industry comes as it pursues international expansion across Europe and North America.

The company last month started producing cells from its German battery facility, its first outside China, which will be followed by a huge 100GWh plant in Hungary.

News - January 31, 2023 0
MEXICO CITY — Fifteen grade school students in Mexico have been treated after apparently taking part in an internet “challenge” in which groups of...

News - July 6, 2022 0
NEWYou can now listen to Fox News articles! Sweden and Finland inched closer to joining NATO on Tuesday as ambassadors for all 30...

Inflation impacts are felt locally in the housing market

News - May 8, 2022 0
FARGO, N.D. (Valley News Live) - There are many new developments all over the metro. But with inflation and rising interest rates, building could...

When Will Positive COVID-19 Trends Be Reflected in the CDC’s Advice? – Reason.com

A pharma partnership that brought a breakthrough in breast cancer

News - January 6, 2023 0
It is not often that a drug receives a standing ovation. When Daiichi Sankyo and AstraZeneca announced impressive results for their breast cancer treatment...
© 2022 Venture Current is a Flag Media LLC Publication. All Rights Reserved.
VC is part of the FLAG Token rewards network. Clients and partners can use FLAG Tokens for VC products and services.
VC runs 'Automatic' software. Stories posted here come from generic-topic Google news RSS feeds as well as client and partner-approved content.
If a story appears on this page that needs to be deleted due to licensing issues, please message us immediately so we can help you.