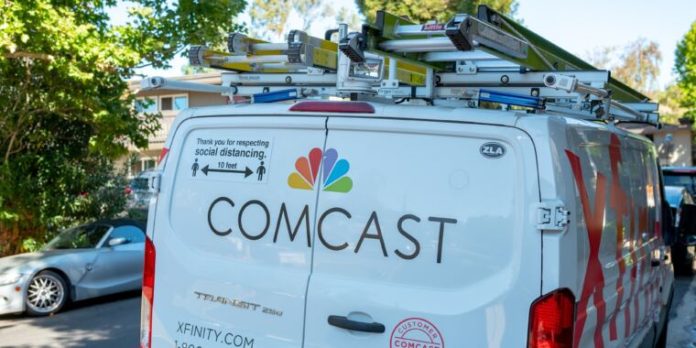 Internet service provider horror stories have been a longtime staple at Ars Technica, and over the past 12 months we detailed some of the most horrific broadband customer experiences we’ve ever heard of.

Comcast, the largest home Internet provider in the US, figured prominently in these stories as usual. Let’s take a look back at the biggest ISP horror stories we covered in 2022.

Comcast wanted man to pay $19,000 after falsely advertising service on his street

This article from April 6 detailed the plight of Jonathan Rowny after he and his wife and child moved from Virginia to Washington state. Rowny was victimized by a common problem in the broadband industry—ISPs falsely telling customers that service is available.

Rowny said he scheduled a Comcast installation for the day after they moved into the new house, in May 2021, only to have Comcast cancel the order because the house wasn’t wired. Despite Comcast falsely advertising that service was available, the cable company told Rowny he’d have to pay over $19,000 for a line extension.

Rowny lowered his upfront cost to about $10,000 by hiring a contractor to do part of the work. But the family had to go without wired Internet service for over six months partly because Comcast construction took longer than expected.

“I spent weeks calling Comcast, and they said, ‘Your house is not serviceable, and our records show it will be serviceable in April [2022],'” Rowny said. “Staring at this connection box in my yard that I paid $10,000 for and not being able to get Internet still—I think that was the most frustrating part,” he added.

An email from a Comcast store manager told Rowny that “the current hurdle is the billing system. You can’t activate any equipment or service in our system until the billing codes are in place. I can’t put the billing codes in place until I can get the Serviceability team to recognize the address is serviceable.”

Desperate for a solution, Rowny had to escalate the problem to a Comcast regional vice president. The executive was able to help, and Rowny finally got his Comcast service connected on January 13, 2022. Comcast told Ars that it was “very sorry for the inconvenience all of this has caused.”

Zachary Cohn and his wife, Lauryl Zenobi, assumed they’d be able to get home Internet service when they bought a house in Seattle. The house was surrounded on all sides by houses that had Comcast service, but they learned after closing that it was never wired up.

“All six neighbors I share a property line with are wired for Comcast, but our house never was,” Cohn told Ars, saying he was “flabbergasted that a house like this, in an area like this, could possibly have never been wired for Internet.” Because the house is “in the middle of Seattle, it didn’t even dawn on me that that was possible,” he said.

Getting any information from Comcast was nearly impossible. After about eight months of trying to get an answer on how they could get Internet service, Cohn gave up on contacting Comcast directly and reached out to a member of the Seattle City Council. Finally, Comcast revealed that it would only provide Internet service if the homeowners paid over $27,000 upfront.

Cohn and Zenobi decided not to pay, and they continued to rely on a mobile hotspot, despite working at home. “I’m just very nervous about dropping $27,000 to lock myself into a company who can then jack the rates up, and we don’t even have the classic ‘send me to your retention department because I’m going to threaten to quit and switch to another company’ argument. You just have to pay whatever they want to charge,” Cohn said.

This story from October 2022 mixes elements of horror with feel-good vibes. Sasha Zbrozek bought a house in Los Altos Hills, California, in December 2019, only to learn afterward that the house wasn’t wired.

Zbrozek recalled a Comcast agent telling him it would be “no big deal” to connect the house he was buying, and several of his neighbors had Comcast service. But after Zbrozek spent more than a year trying to get information from Comcast about a line extension, Comcast told him in February 2021 that it would charge him $210,000 to run cable about 700 feet.

By the time Comcast finally provided that estimate, Zbrozek had gotten involved with a co-op ISP called Los Altos Hills Community Fiber (LAHCF). He’s now an LAHCF board member, and he organized an expansion that brought multi-gigabit fiber Internet service to his home and others on nearby roads.

“Residents just get tired of having to deal with telcos, and they just want to take this into their own hands,” LAHCF Board President Scott Vanderlip told Ars. LAHCF’s network was built by a company called Next Level Networks, which uses a model in which residents own the infrastructure and split the upfront costs.

Next Level has six broadband networks either built or in progress in California and plans to expand to other states, CEO David Barron told Ars. Next Level’s approach is based on “the idea of microscale networks rather than doing municipal-wide builds, just doing neighborhoods, home associations, buildings, whatever the case may be, where you know that there is demand, and having them actually share the cost of the network,” he said.

Merkel’s botched succession: how Germany’s leader failed to keep her party in power

News - October 10, 2021 0
Angela Merkel will go down in history as one of Germany’s most successful chancellors. But for conservatives, her party’s defeat in last month’s national...

News - November 22, 2022 0
The World Cup kicked off in Qatar, after years of waiting, and ESPN has you covered for the world's biggest sporting event.We've seen the...

What Jim Cramer is watching in the market Friday, including the latest pandemic stock...

News - December 3, 2021 0
Jim CramerScott Mlyn | CNBC(This article was sent first to members of the CNBC Investing Club with Jim Cramer. To get the real-time updates...
© 2022 Venture Current is a Flag Media LLC Publication. All Rights Reserved.
VC is part of the FLAG Token rewards network. Clients and partners can use FLAG Tokens for VC products and services.
VC runs 'Automatic' software. Stories posted here come from generic-topic Google news RSS feeds as well as client and partner-approved content.
If a story appears on this page that needs to be deleted due to licensing issues, please message us immediately so we can help you.