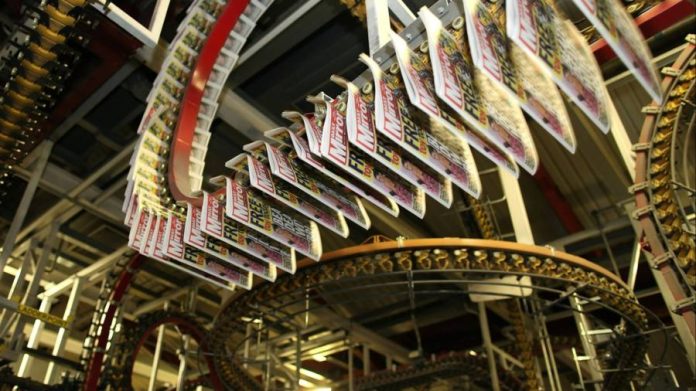 UK news publisher Reach lost almost a quarter of its value on Wednesday as it warned on profits after an unexpected fall in advertising over the holiday period.

In a trading update the publisher of the Daily Mirror and Daily Express said digital and print advertising declined in the fourth quarter of last year, which included Black Friday and Christmas.

Reach expected operating profits for the year to December 25 to be below the market consensus by “mid single-digit” percentage points as a result.

The statement is one of the first indications of how difficult the advertising environment has become for news publishers, and how the long-awaited boost from the festive period failed to materialise for many in the industry.

The group’s chief executive Jim Mullen pledged cost savings of £30mn during 2023 to mitigate the effect of “unavoidable headwinds” from difficult macroeconomic conditions.

Reach told the Financial Times that the cuts would include around 200 jobs in editorial and commercial departments, out of a total headcount of 4,500.

Its share price fell 26 per cent on Wednesday morning.

The company was hit in 2022 by cost inflation and lower advertising rates. It has lost around 80 per cent of its market value since its shares hit a 13-year high in 2021, fuelled by hopes that the company was making a successful transition to a digital content leader.

The publisher of regional newspapers the Manchester Evening News and Liverpool Echo also announced last December a plan to expand to the US, hiring correspondents and opening a New York office.

The company said the cuts would not affect the US expansion plan.

The drop compared with a 5.9 per cent increase in digital advertising and a 17 per cent decline in print advertising during the July-to-August quarter of 2022.

The advertising revenue declines more than offset growth in circulation revenue, which was 1.8 per cent higher in the quarter compared with the previous year.

Analysts at Singer said the “persistence of advertising headwinds” have masked “the positive underlying progress” made by the company, adding that it is in more “resilient” shape than three years ago.

Johnathan Barrett at Panmure Gordon noted the publisher’s registered customer base of 12.5mn UK consumers. “The backdrop is miserable, but management is keeping its focus on driving value”, he said.

News - March 25, 2022 0
The chief executive of P&O Ferries was under growing pressure on Friday after a ship was detained “for being unfit to sail” and Downing...

Brazil votes in presidential election with Lula against Bolsonaro

News - October 2, 2022 0
A slow economic recovery has yet to reach the poor, with 33 million Brazilians going hungry despite higher welfare payments. Like several of its...

News - February 28, 2022 0
Large multinational companies are fleeing Russia, joining a large swath of the international community in moving to isolate the nation in response to its...

Rainbow Six Extraction: How to play with friends online

News - January 23, 2022 0
Rainbow Six Extraction can largely be played as a solo experience, but things are no doubt more fun with a couple of friends by...
© 2022 Venture Current is a Flag Media LLC Publication. All Rights Reserved.
VC is part of the FLAG Token rewards network. Clients and partners can use FLAG Tokens for VC products and services.
VC runs 'Automatic' software. Stories posted here come from generic-topic Google news RSS feeds as well as client and partner-approved content.
If a story appears on this page that needs to be deleted due to licensing issues, please message us immediately so we can help you.