Russia will default on its debt for the first time since 1998 if it tries to make interest payments on its dollar bonds in roubles on Wednesday, rating agency Fitch has said.

Investors are awaiting $117mn in coupon payments on two Russian bonds, the first such payments since western countries responded to President Vladimir Putin’s invasion of Ukraine with unprecedented financial sanctions. The deadline marks a crucial test of Moscow’s willingness and ability to continue servicing its external debt.

On March 5, Putin said creditors in “unfriendly” countries that have imposed sanctions should be paid in roubles rather than foreign currency.

But such a “forced redenomination” of coupon payments would indicate “that a default or a default-like process has begun”, Fitch said. The company would further downgrade Russia’s credit rating to “restricted default” if the payment is not made in dollars within the 30-day grace period that follows Wednesday’s deadline.

Some of Russia’s dollar- and euro-denominated bonds contain a fallback clause allowing repayment in roubles, but the two bonds with coupons due on Wednesday are not among them.

Russia’s finance minister Anton Siluanov said on Wednesday that the payment instruction had been sent to the US bank that usually handles such transactions but that there was a risk the cash would not get through, according to state newswire Ria Novosti. Earlier this week Siluanov said that payment will be made in roubles if the transfer is unsuccessful, adding that western sanctions freezing some of the Russian central bank’s assets were an attempt to force the country into an “artificial default” on its $38.5bn of foreign currency bonds.

“Russia is a powerful, self-sufficient country, so I don’t believe in a default. There is no condition or basis to talk about this. Russia will calmly fulfil all its obligations,” said Anatoly Aksakov, head of the finance committee in Russia’s lower house of parliament.

“Do we need to fulfil our obligations, when our so-called partners aren’t fulfilling theirs? That’s up to the executive and the central bank — they should decide,” Aksakov added, Ria Novosti reported.

Western investors have been bracing themselves for default since the imposition of US and European sanctions against the Russian central bank last month. The two bonds paying coupons on Wednesday are trading at a price of less than 30 cents on the dollar, although they have risen slightly from their recent lows of about 20 cents. Western investors, who held about $170bn of Russian assets before the invasion have already sustained heavy losses.

A default on Russia’s external debt — of which roughly $20bn was in the hands of foreigners before the invasion — would also raise questions about the country’s larger pile of rouble debt, and about $90bn of foreign-currency bonds issued by Russian companies.

The Russian government has already said that a recent coupon payment on these local bonds would not reach foreign holders, citing a central bank ban on sending foreign currency abroad. Some Russian companies, however, have continued to make interest payments and repay maturing bonds, to the surprise of many investors. 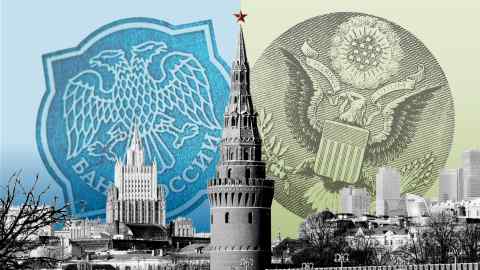 Russia’s last sovereign default in 1998 triggered a financial crisis and led to the near-collapse of US hedge fund Long-Term Capital Management. Then, the government restructured its rouble debt and Soviet-era dollar-denominated debt, but continued to make payments on international bonds issued since the collapse of the Soviet Union.

The last comprehensive default on foreign debt came in the aftermath of the Russian Revolution, when the Bolshevik government repudiated Tsarist-era debts.

Western investors have already taken heavy losses on Russian assets, where a default has been largely priced in since the imposition of US and European sanctions aimed at severing Russia from the global financial system.

News - November 18, 2022 0
Nov 18 (Reuters) - Russia is "concerned" by the situation on the Korean peninsula and has called for the parties involved to move away...

Apple confirms that the lack of noise cancellation on 5G iPhone 13 is not...

Here, Women Under 25 Will Get Birth Control for Free

News - September 9, 2021 0
© 2022 Venture Current is a Flag Media LLC Publication. All Rights Reserved.
VC is part of the FLAG Token rewards network. Clients and partners can use FLAG Tokens for VC products and services.
VC runs 'Automatic' software. Stories posted here come from generic-topic Google news RSS feeds as well as client and partner-approved content.
If a story appears on this page that needs to be deleted due to licensing issues, please message us immediately so we can help you.