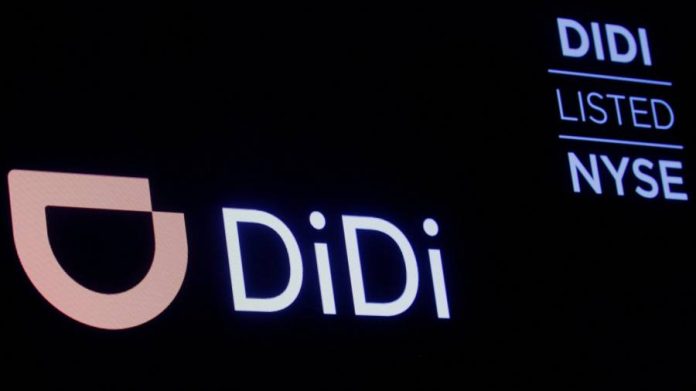 Chinese ride-hailing group Didi has been given permission to sign up new customers after an investigation into the company forced its apps offline, showing that Beijing’s regulatory campaign to curb the power of the country’s internet titans is drawing to a close.

The reprieve comes after the group was forced to delist from the New York Stock Exchange in June last year, less than 12 months after its market debut. The opening of a regulatory probe ended a run of Chinese companies raising billions of dollars on Wall Street.

“For more than a year our company has earnestly co-operated with the national security review and handled seriously the problems the review found, carrying out a comprehensive rectification,” the company said in a social media post on Monday.

“With the approval of the Internet Security Review Office, new user registration on ‘Didi Chuxing’ will resume immediately,” the company said.

Days after Didi’s blockbuster initial public offering in June 2021, domestic app stores took down more than 20 of its apps as China’s powerful internet regulator and other supervisory agencies opened investigations into the group’s data practices and protection of personal information.

Chinese regulators eventually forced the company to delist, saddling US investors with huge losses and weighing on the Japanese tech group SoftBank, the group’s largest shareholder. The Cyberspace Administration of China in July fined the ride-hailing group more than Rmb8bn ($1.18bn) over “serious” and “vile” breaches of the country’s data security laws.

Didi has said it will vie for a listing in Hong Kong after the conclusion of the regulatory probe. The company’s shares trade over the counter in the US.

The company’s retrenchment has opened up competition for new players, including Cao Cao Mobility and T3 Chuxing, to fill its place.

Last week, the chair of the China Banking and Insurance Regulatory Commission, Guo Shuqing, told state media that efforts to “rectify the financial businesses of 14 platform companies” had “already basically finished”, with only minor issues left to resolve.

The rehabilitation of Didi, which previously had millions of drivers across China, comes as Beijing refocuses its efforts on boosting the economy after three years of Covid-19 curbs.

Guo added that the government would help its internet groups “fully display their capabilities in bolstering growth, job creation and global competitiveness”.

While regulators retreat from the heavy-handed fines and tough sanctions that symbolised their crackdown on the country’s biggest tech companies, the agencies have not indicated they will entirely loosen up control of the industry.

Instead, China’s internet regulator has moved to take small equity stakes in many of the biggest companies and is installing government officials as board members to supervise their operations, including at Alibaba and Tencent.

Russia fires volley of missile strikes at targets across Ukraine

News - June 25, 2022 0
Russia launched a barrage of missile strikes on Ukraine early on Saturday, stepping up hostilities a day after Ukrainian troops retreated from the embattled...

Can climate technology save the planet?

Solomon Islands to ban all foreign navy ships from ports

News - August 30, 2022 0
The Solomon Islands has suspended entry into its waters for foreign navy ships pending adoption of a new process for approval of port visits,...

News - October 8, 2021 0
“It appears as if the return of Chinese participants provided some fuel to the recent BTC fire, pushing prices temporarily above $56K overnight,” Armando...

News - September 19, 2022 0
U.S. stock futures traded lower Monday,...
© 2022 Venture Current is a Flag Media LLC Publication. All Rights Reserved.
VC is part of the FLAG Token rewards network. Clients and partners can use FLAG Tokens for VC products and services.
VC runs 'Automatic' software. Stories posted here come from generic-topic Google news RSS feeds as well as client and partner-approved content.
If a story appears on this page that needs to be deleted due to licensing issues, please message us immediately so we can help you.