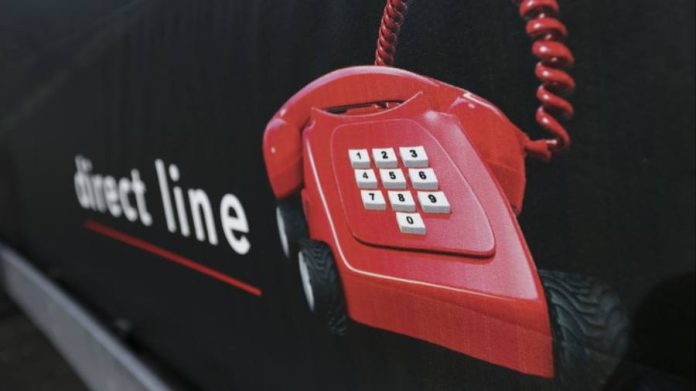 Direct Line has suspended its dividend after a combination of severe cold weather in December and rising inflation pushed up the cost of claims, sending shares in the UK insurer down by more than 25 per cent.

Faced with a surge in the cost of claims, the motor and home insurer said on Wednesday that it no longer expected to declare a final dividend for 2022.

Direct Line’s shares fell as much as 28 per cent in early trading after the announcement, which followed a warning last July on the threat from rising inflation. Direct Line has lost more than 40 per cent of its market value over the past year.

“The board recognises the importance of the dividend to our shareholders, and continues to take actions to restore balance sheet resilience and dividend capacity as a priority, consistent with our record of delivering returns for shareholders,” said chief executive Penny James.

Direct Line said 3,000 customers experienced burst pipes and water tanks as well as other damage from the sub-zero temperatures in December, creating an expected £90mn in claims across the home and commercial business.

Combined with subsidence claims from last year’s heatwave, weather-related claims are expected to reach about £140mn, well above its £73mn estimate for 2022.

Analysts at Jefferies said things had gone “from bad to worse”, following Direct Line’s move to shelve a buyback last year. “We expect that this will come as a major shock to the market, since management had been reassuring that they would pay a final dividend,” they added.

The company issued a profit warning in July last year owing to the rising cost of claims and has seen third-party claims inflation move higher, compounded by customers suffering more motoring crashes on the December ice.

It is now expecting a combined operating ratio — claims and expenses as a proportion of premiums — at around 102 per cent to 103 per cent for 2022, representing an underwriting loss.

Claims inflation is expected to worsen this ratio for 2023 by 2 or 3 percentage points.

Rising inflation has rocked the motor and home insurance sectors over the past year, as surging costs for second-hand cars, materials and labour have inflated the value of claims, triggering profit warnings at insurers and forcing share prices lower.

The “unwelcome surprise to start the year” suggested that Direct Line’s turnround has been delayed until the end of 2023 at the earliest, said analysts at RBC Capital Markets.

Tensions flare between Israel and Russia

News - May 4, 2022 0
Relations between Russia and Israel are at one of their lowest points in years after the Russian foreign minister falsely claimed Adolf Hitler had...

Google may debut its own smartwatch in 2022

News - December 2, 2021 0
Rumors of a Google-branded smartwatch have persisted for years, but they might be close to coming true. Insider sources claim Google is planning to...

What to expect from the September FOMC Meeting, and how might gold respond

News - September 21, 2022 0
The Federal Reserve will conclude its September FOMC meeting and release a written statement at 2 PM EDT tomorrow. This will...

Visit to Kyiv Is ‘on the Table’| National Catholic Register

News - April 2, 2022 0
The Holy Father has spoken out repeatedly for peace in Ukraine since the violence...
© 2022 Venture Current is a Flag Media LLC Publication. All Rights Reserved.
VC is part of the FLAG Token rewards network. Clients and partners can use FLAG Tokens for VC products and services.
VC runs 'Automatic' software. Stories posted here come from generic-topic Google news RSS feeds as well as client and partner-approved content.
If a story appears on this page that needs to be deleted due to licensing issues, please message us immediately so we can help you.