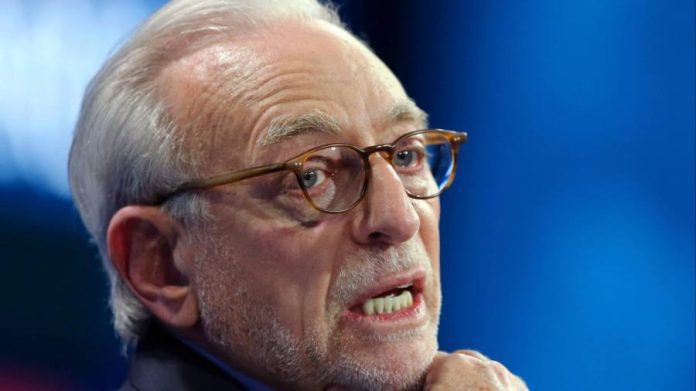 Activist investor Nelson Peltz will try to force his way on to the board of Disney after the company declined to nominate him as a director, setting the stage for one of the biggest proxy fights in the US in years.

Peltz is planning to take his bid for a board seat directly to investors, according to people briefed on his plans, putting him in confrontation with Bob Iger just months after he returned for a second stint as chief executive of the sprawling entertainment group.

Disney on Wednesday said it was opposed to giving Peltz, the head of New York-based Trian Partners, a seat on its board. In an apparent attempt to get ahead of the looming fight, the company named Nike veteran Mark Parker as its next chair.

Parker will succeed Susan Arnold, whose leadership was called into question last year over the company’s handling of former chief executive Bob Chapek’s final months in the job.

Peltz’s proxy fight against Disney would be one of the biggest boardroom battles since he forced his way into a director’s seat at consumer products group Procter & Gamble in 2018.

The months-long proxy fight, which saw both sides spend more than $100mn to woo shareholders, captivated Wall Street, and Peltz eventually emerged victorious by a margin of 0.002 per cent before stepping down in 2021.

Disney said Arnold, the first woman to chair the entertainment group, would not stand for re-election as a director at the company’s next annual meeting because of a 15-year term limit mandated by the board’s tenure rules.

Her stint as chair, which started in 2021 after Iger stepped down from the role, was marked by the challenges brought by the Covid-19 pandemic, which hurt Disney’s theatrical and theme park businesses.

She came under scrutiny after the company renewed Chapek’s contract last summer following a bruising confrontation with Florida’s governor over an education bill deemed anti-LGBT by its opponents, only to dismiss him in November.

Parker, executive chair of Nike, has served on the Disney board for seven years. In a statement, Arnold said Parker “has helped [Disney] effectively navigate through a time of unprecedented change”.

Disney’s share price has fallen nearly 40 per cent over the past year as investors started to question the entertainment group’s high spending on its streaming business.

The poor performance of the shares attracted the attention of activist investor Daniel Loeb, who successfully pressed Disney to appoint media veteran Carolyn Everson to its board last autumn.

In a statement on Wednesday, Disney said its senior leadership and board had engaged with Peltz “numerous times”. It said it remains “open to constructive engagement” with Peltz but would not endorse his nomination to the board.

Parker spent 13 years at the helm of Nike, the world’s largest sportswear maker by revenue, a period marked by revenue growth but also a series of controversies including an alleged “boys’ club” culture and a doping scandal.

A company lifer who joined as a footwear designer in 1979, Parker’s term as chief executive began in 2006 and he oversaw an expansion of Nike’s online and sales direct to consumers. Total revenues more than doubled to $39.1bn in 2019, the last full year of his tenure.

The best of Pay Dirt on real estate decisions, inheritance, and more.

News - January 26, 2023 0
In this special Advice Week edition of Slate’s money advice column, we’ve gathered some of our...

News - May 12, 2022 0
Senior Conservative MPs have turned on the Bank of England over its handling of inflation, in a rare outbreak of political criticism of the...

Why the Fed is about to stop the party on Wall Street (and what...

News - August 28, 2021 0
The short answer: Money is essentially free now, thanks to the Fed's double-barrel shotgun approach to economic stimulus — interest rates near zero and...

News - March 28, 2022 0
DUBLIN, March 28, 2022--(BUSINESS WIRE)--The "Metaverse Market Size, Share & Trends Analysis Report by Product, by Platform, by Technology (Blockchain, Virtual Reality (VR) &...
© 2022 Venture Current is a Flag Media LLC Publication. All Rights Reserved.
VC is part of the FLAG Token rewards network. Clients and partners can use FLAG Tokens for VC products and services.
VC runs 'Automatic' software. Stories posted here come from generic-topic Google news RSS feeds as well as client and partner-approved content.
If a story appears on this page that needs to be deleted due to licensing issues, please message us immediately so we can help you.