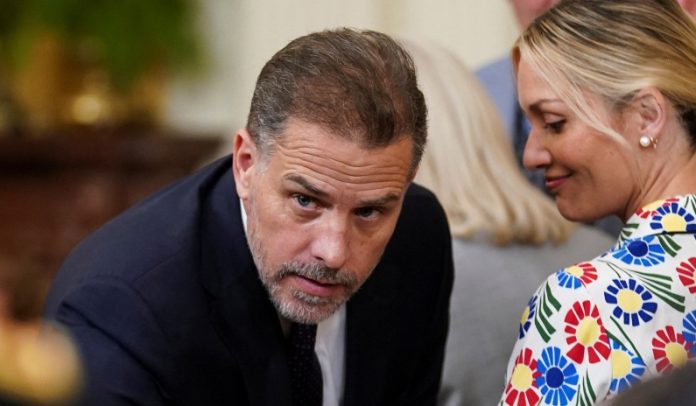 A Colorado-based lawyer claims the Department of Justice admitted to having 400 pages of “potentially relevant” documents on Hunter Biden and Jim Biden’s foreign business dealings before backtracking and saying it can “neither confirm nor deny” the existence of such records.

Attorney Kevin Evans first sued the DOJ in March after it allegedly failed to comply with his Freedom of Information Act (FOIA) request for documents related to “any relationship, communication, gift(s), and/or remuneration in any form” between the president’s son and brother and China, Russia or Ukraine, per the Daily Mail.

Evans told the outlet he filed his request in November 2020 after hearing about the Bidens’ overseas business dealings. He said the DOJ initially turned over 60 pages of documents, but they were all letters from lawmakers asking about the younger Biden and responses from the DOJ.

“I don’t know how the heck they now can take the take the position that Glomar is applicable,” Evans said. “To me, it seems the cat’s out of the bag here after having disclosed the documents exist.”

The next hearing in Evans’s case is set to take place this month, according to the report.

Meanwhile, the National Archives and Records Administration could soon release hundreds of internal documents from the Obama administration that include information about Hunter Biden’s relationship with Ukrainian gas company Burisma. The younger Biden served on the company’s board, earning $83,000 per month. The Biden administration has until February to decide whether to veto the release if the records dating back to 2014, which would in turn keep the documents under wraps until 2029.

Meanwhile, the release of files from Hunter Biden’s recovered laptop has also drawn attention to his foreign business dealings.

One infamous email purportedly detailed a business arrangement between a Chinese company and the Biden family.

Tony Bobulinski, who is listed as a recipient of the email first published by the New York Post, offered further details last year in a statement to Fox News on the correspondence in October 2020, which references a proposed equity split: “20” for “H” and “10 held by H for the big guy?”

“The reference to ‘the Big Guy’ in the much-publicized May 13, 2017, email is in fact a reference to Joe Biden,” said Bobulinski, who says he was brought on as CEO of Sinohawk Holdings by Hunter Biden and James Gilliar, the sender of the email. The spurned Biden business partner will presumably be called upon to testify and, given his willingness to speak with the media, likely won’t require a subpoena to show up.

Sinohawk “was a partnership between the Chinese operating through CEFC/Chairman Ye and the Biden family,” he said.

Mad Money’s Jim Cramer Invests in Crypto Because ‘There Could Be Millions of Greater...

News - October 31, 2021 0
The host of Mad Money, Jim Cramer, has some advice for crypto investors. “As long as you recognize the very real possibility that the...

Opinion | What if, instead of confronting China’s rise, we must manage its decline?

News - October 8, 2021 0
It's time for the United States and its allies to rethink their China policies. Source

Capital gains may have triggered more individual taxes for 2021

News - May 25, 2022 0
The U.S. Department of the Treasury buildingJulia Schmalz | Bloomberg | Getty ImagesSome investors may be grappling with the sting of higher-than-expected capital gains...

News - October 22, 2021 0
Co-founded in 2007 by Yasser Bashir, Arbisoft falls on the larger end of the spectrum of software development partners that our readers have recommended...

News - August 17, 2021 0
The Biden administration scrambled to put a botched evacuation of Afghanistan back on track on Tuesday as it admitted its original plans needed to...
© 2022 Venture Current is a Flag Media LLC Publication. All Rights Reserved.
VC is part of the FLAG Token rewards network. Clients and partners can use FLAG Tokens for VC products and services.
VC runs 'Automatic' software. Stories posted here come from generic-topic Google news RSS feeds as well as client and partner-approved content.
If a story appears on this page that needs to be deleted due to licensing issues, please message us immediately so we can help you.