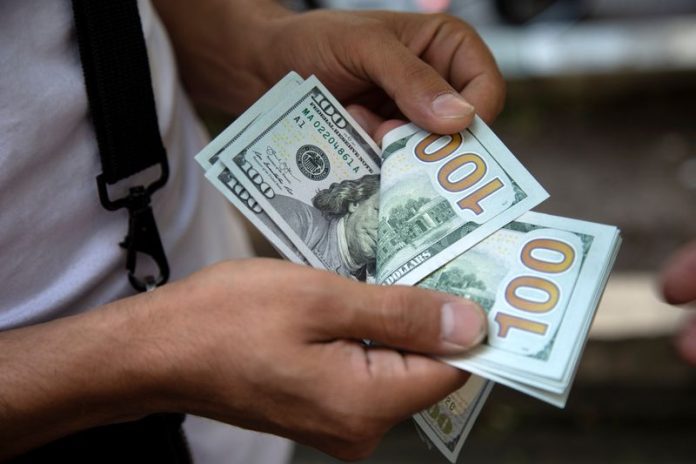 SINGAPORE (Reuters) – The dollar moved broadly lower on Tuesday while Australia and New Zealand’s currencies jumped as risk appetite grew after China said it will scrap its COVID quarantine rule for inbound travellers – a major step towards easing curbs on its borders.

China will stop requiring inbound travellers to go into quarantine on arrival starting Jan. 8, the National Health Commission said on Monday, even as COVID cases spike. At the same time, Beijing downgraded the regulations for managing COVID cases to the less strict Category B from the top-level Category A.

“There seems to be no let-up in the pace of relaxing COVID restrictions despite the surge in COVID cases in the mainland,” said Christopher Wong, a currency strategist at OCBC. “This perhaps demonstrates Chinese policymakers’ resolve to full reopening.

“In addition, there was news of China potentially taking extraordinary measures to support growth,” Wong said.

Against a basket of currencies, the steadied at 104.12.

Data released on Friday showed that U.S. consumer spending barely rose in November, while inflation cooled further, reinforcing expectations that the Federal Reserve could scale back on its aggressive monetary policy tightening path.

“In line with its seasonal trend, December has been a soft month for the greenback,” said ING FX strategist Francesco Pesole.

“It’s worth remembering that the dollar rose in each of the past four years in January. Our view for early 2023 is still one of dollar recovery.”

The Japanese yen rose 0.1% to 132.75 per dollar, as the recently fragile currency continues to be buoyed by the Bank of Japan’s (BOJ) surprise tweak to its yield curve policy last week.

BOJ Governor Haruhiko Kuroda on Monday brushed aside the chance of a near-term exit from ultra-loose monetary policy, even as markets and policymakers are signalling an increasing focus on what comes after Kuroda’s tenure ends in April next year.

“While … (the) policy tweak has added uncertainty to the BOJ outlook, we continue to lean toward BOJ policymakers making no further policy adjustments through the end of 2023,” said analysts at Wells Fargo (NYSE:).

“Inflation pressures are expected to ease, which should lessen the BOJ’s motivation for further policy moves.”

In cryptocurrencies, crypto lender Vauld has called off its potential acquisition by rival Nexo, according to a CoinDesk report.

News - June 29, 2022 0
An FCC commissioner has called on both Apple and Google to delete TikTok from their respective app stores, giving the companies until July 8...

Bed Bath Might Be Headed for Bankruptcy. It Isn't the Start of a Trend.

News - November 11, 2022 0
U.S. stocks on Friday paused their dramatic ascent after a deceleration in CPI inflation data ignited the most intense rally on Wall Street since...

The Big Question: Could Peloton Sue Over Its ‘And Just Like That’ Appearance?

News - December 11, 2021 0
A Peloton stationary bike played a pivotal role on the new HBO Max “Sex and the City” revival, whose premiere preceded a drop in...
© 2022 Venture Current is a Flag Media LLC Publication. All Rights Reserved.
VC is part of the FLAG Token rewards network. Clients and partners can use FLAG Tokens for VC products and services.
VC runs 'Automatic' software. Stories posted here come from generic-topic Google news RSS feeds as well as client and partner-approved content.
If a story appears on this page that needs to be deleted due to licensing issues, please message us immediately so we can help you.