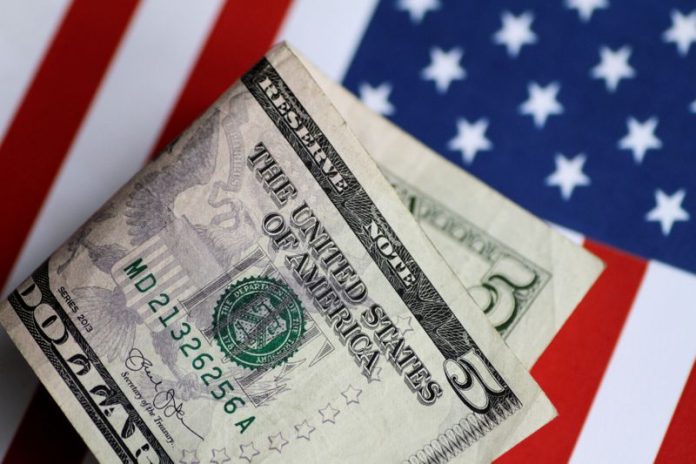 Tuesday’s main economic release is the U.S. for December, which is expected to show the sector still in contraction territory.

However, most eyes will be on the Federal Reserve on Wednesday and U.S. data later in the week to set the early thinking on interest rates in the new year.

The raised interest rates by 50 basis points last month, a reduction in size after delivering four consecutive 75 basis point hikes, but has said it may need to keep interest rates higher for longer to tame inflation.

fell 0.1% to 130.69, with the yen handing back gains after climbing to a seven-month high against the dollar following the Bank of Japan’s decision last month to raise its bond-yield cap.

Adding to the expectations that the Japanese central bank was reconsidering its current monetary stance was a report, released over the weekend, that said the was considering raising its inflation forecasts in January.

Governor Haruhiko Kuroda has dismissed the chance of a near-term exit from the ultra-loose monetary policy, but the central bank was forced to support the yen late last year as it weakened to a 32-year low against the dollar as the aggressively tightened to combat .

The state of North Rhine-Westphalia – Germany’s largest by population and economic output – said annual inflation slowed to 8.7% in December from 10.4% in November and a peak of 11% in October.

However, food prices – the largest part of many families’ monthly outgoings – rose another 0.5%, leaving them up 13.8% on the year. More worryingly, the overall CPI without volatile food and energy prices rose 1.0%, pushing the annual ‘core’ measure of inflation up to 4.9% from 4.6%.

fell 0.8% to 1.1951, ahead of the release of the release for December, which is expected to show this important sector remains in contraction territory.

The risk-sensitive fell 1.2% to 0.6723, while edged 0.1% higher to 6.9045 after data from a private survey, released earlier Tuesday, confirmed Chinese manufacturing activity shrank for a fifth straight month in December, with the coming in at 49.0.

This represents a drop from last month’s reading of 49.4, and the fifth straight month that the manufacturing PMI has spent in contraction territory.

Why Dogecoin Rival Floki Inu (FLOKI) Is Down Almost 30% This Week Alongside Bitcoin,...

News - November 13, 2022 0
Floki Inu FLOKI/USD is trading lower by around 27.12% to the $0.000008-level over the past week. Several altcoins are experiencing ongoing, marked weakness and trading lower after crypto...

News - January 23, 2022 0
Nelson Peltz’s activist hedge fund Trian Partners has built a stake in Unilever, ratcheting up the pressure on the FTSE 100 company after its...

News - December 11, 2021 0
President Biden on Friday called German Chancellor Olaf Scholz, who took office Wednesday, to congratulate him on his new job and bring him up...

News - September 12, 2022 0
Peloton chair and co-founder John Foley has abruptly resigned from the connected fitness company along with two other executives, in the biggest management shake-up...
© 2022 Venture Current is a Flag Media LLC Publication. All Rights Reserved.
VC is part of the FLAG Token rewards network. Clients and partners can use FLAG Tokens for VC products and services.
VC runs 'Automatic' software. Stories posted here come from generic-topic Google news RSS feeds as well as client and partner-approved content.
If a story appears on this page that needs to be deleted due to licensing issues, please message us immediately so we can help you.