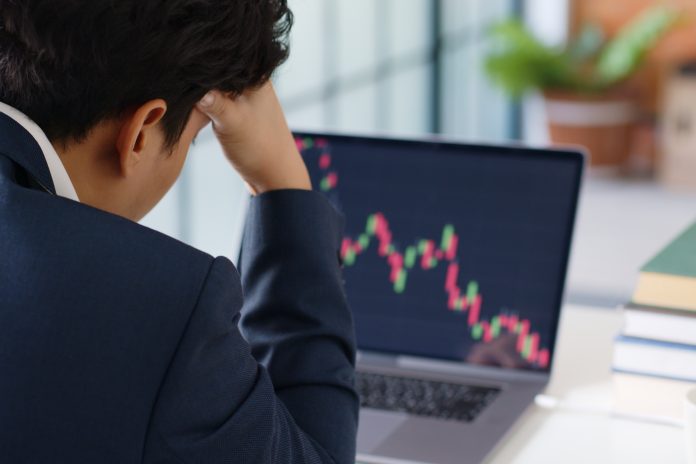 As market pundits repeatedly beat the “recession 2023” drum, investors might be tempted to delay buying high-conviction names on their watch lists. Yet there has already been a mini-recession in the form of a mass exodus out of big tech names and into perceived all-weather investments.

Some technology businesses aren’t necessary all-weather because supply chain disruptions (coupled with, oddly enough, gluts of certain tech components) could persist well into next year. This concern, along with a not-so-accommodative Federal Reserve and other company-specific problems, are already well known among the trading community.

Many tech stocks have already been severely beaten down, but two names in particular — Intel (INTC 0.84%) and Apple (AAPL 0.25%) — offer attractive valuations and decent dividends. And there’s no need to wait for conditions to deteriorate further before taking a long position.

Intel is still a giant among domestic chipmakers

If you’re going to brace for a market crash, it makes sense to have some cash handy but also stay invested in famous names that are trading at compelling valuations. Intel has been absolutely reviled in 2022, with the company’s critics reiterating ad nauseam that it has lost market share to Advanced Micro Devices, Nvidia, and others.

The market’s reaction has been extreme: The stock’s price was cut in half this year. But this presents a value investing opportunity. Just a few years ago, it would have been unimaginable that Intel’s price-to-earnings (P/E) ratio would fall to 8 and the stock would trade barely above book value per share.

In other words, Intel stock has the worst-case scenario already priced in, and then some. The company remains a chipmaking giant and a likely beneficiary of the federal CHIPS Act.

Besides, it’s not as if Intel is just sitting around and letting the competition steal its market share. During 2022’s third quarter, it gained 4% of the discrete GPU market, versus virtually 0% in the year-earlier quarter.

And the company split its graphics-hardware operations into two separate divisions: One will focus on high-performance computing, while the other will be geared toward the gaming market. Hopefully, this divide-and-focus strategy will allow Intel to be more competitive in those niche tech fields and thereby steal back some of its lost market share.

Take a bite out of Apple while sentiment is shaky

Meanwhile, Apple is having its own meltdown, with its shares recently hitting a 52-week low. Again, big tech is flailing, but this should pique the interest of value seekers. Apple’s P/E ratio is quite rare and attractive at just 21.

It feels as if market-crash conditions have already been priced into the shares, even though Apple has met or exceeded Wall Street’s quarterly earnings-per-share forecasts for two years running.

Moreover, for the fourth quarter of fiscal 2022, Apple reported record revenue for that period of $90.1 billion, up 8% year over year, despite recession fears, supply chain disruptions, and sticky inflation.

But there’s talk that Apple plans to ramp up its production in India, while also potentially deploying factories in Vietnam in 2023.

In any event, J.P. Morgan analysts have observed iPhone supply “improving and inching slowly towards parity with demand.” If China’s lockdowns ease in 2023 and/or Apple finds a workaround for its supply issues, the company could provide its loyal investors with a relief rally. In the meantime, value hunters can scoop up shares of the technology giant at nearly market-crash-level prices.

News - May 3, 2022 0
Oppo launched its first foldable smartphone, the Find N, back in December, but obviously the company is already working on some other upcoming devices...

News - March 21, 2022 0
Federal Reserve Chairman Jerome Powell doesn’t look at the bond market yield curve the way many investors do, which...
© 2022 Venture Current is a Flag Media LLC Publication. All Rights Reserved.
VC is part of the FLAG Token rewards network. Clients and partners can use FLAG Tokens for VC products and services.
VC runs 'Automatic' software. Stories posted here come from generic-topic Google news RSS feeds as well as client and partner-approved content.
If a story appears on this page that needs to be deleted due to licensing issues, please message us immediately so we can help you.