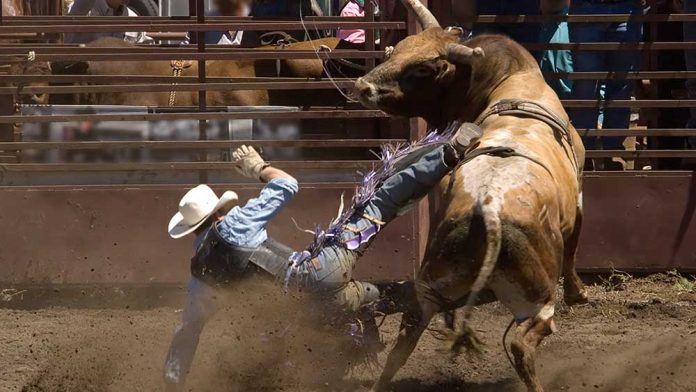 
Stocks traded up and down Wednesday, amid a Microsoft (MSFT) sell-off, stronger-than-expected economic data and a still-hawkish Federal Reserve, clearly worried about a market rally undermining its inflation fight. The major indexes ultimately closed modestly higher in a largely inside session.

NBIX stock is on IBD Leaderboard, while HALO stock is on the Leaderboard watchlist. SMCI stock and PDD stock are on the IBD 50. Rio Tinto was Wednesday’s IBD Stock Of The Day.

GE stock and SBUX stock arguably were actionable Wednesday, while RIO stock, Neurocrine Bio, Halozyme and Dexcom are trading near key moving averages. But some of these names came off early highs, even closing slightly slower.

But investors should beware “buying the blip,” when stocks and the broader market show strength intraday or a full session. It’s still time to be cautious about any new buys.

Amazon.com will cut more than 18,000 jobs, CEO Andy Jassy said in a memo posted on the company’s blog late Wednesday, confirming a Wall Street Journal report. When the e-commerce and cloud giant announced in November that it was starting layoffs, Amazon (AMZN) expected to cut 10,000 positions. AMZN stock rose nearly 2% in extended trade.

Fed minutes from the December policy meeting, released at 2 p.m. ET on Wednesday, showed that Fed officials continued to see interest rates staying high for “some time.” Not one policymaker foresaw any rate cuts in 2023, despite markets pricing some cuts late in the year.

One reason why policymakers be reinforcing their hawkish stance in Fed minutes and recent speeches is to curb a stock and bond price rally that undermines the inflation fight.

Policymakers would prefer to use rhetoric to damp down financial markets vs. becoming even-more hawkish with actual policy.

On Friday, investors will get the December jobs report. Fed chief Jerome Powell and fellow policymakers will want to see slower hiring and wage growth.

The stock market wavered near the open, rebounded for solid gains, then backed off somewhat in an  up-and-down session.

Apple stock rose 1%, well off intraday highs. Tesla bounced 5.1%. Both were inside days after Tuesday’s sell-offs to bear market lows.

U.S. crude oil prices tumbled plunged 5.3% to $72.84 a barrel. Despite China optimism among Chinese internet and casino stocks, the country’s Covid wave is adding to global demand fears for energy and other commodities. Natural gas futures climbed 4.6% but after plunging in recent days and weeks.

Tesla Vs. BYD: EV Giants Vie For Crown, But Which Is The Better Buy?

Investors are bullish on China as it reopens following years of “zero-Covid.” The resulting massive Covid wave is taking a toll, but there is optimism that infections are peaking in big cities, or soon will.

BABA stock surged 13%, rebounding from the 200-day line to the highest since late August. Investors could have used a trendline or short-term high as early entries to Alibaba stock, but it looks extended low.

Alibaba rivals JD.com and PDD stock spiked 15% and 7.7%, respectively, adding to Tuesday’s gains. But both also look out of reach now.

The market rally attempt had an up-and-down session. The major indexes closed higher, but they once again hit resistance at some key levels.

The Dow Jones rose back above its 50-day and 21-day lines, intraday, closing just below those key levels.

The Nasdaq rose but remains below key moving averages.

The major indexes still have not staged a follow-through day to confirm the new market rally attempt. Decisively clearing the 21-day and 50-day lines will be a key test for the S&P 500. Friday’s jobs report could be a catalyst for a big market gain or sell-off.

In addition to many tech and growth giants lagging, Dow giant UnitedHealth and other health insurers have come under pressure to start 2023, even group leader Cigna (CI).

With the major indexes moving higher for a full session, several potential leaders flashed buy signals on Wednesday, including General Electric, Starbucks. Rio Tinto, Halozyme, Dexcom and Neurocrine Biosciences are poised for buy signals, along with many more.

If the market continues to advance, investors buying these stocks will likely come out winners. But risks are high that the major indexes will pull back again, either via a sustained move toward recent lows or with more choppy action.

So investors should be wary of “buying the blip,” seizing on any sign of market strength to ramp up exposure. Too many stocks will reverse lower in days, hours or minutes. It’s still a time to be mostly in cash, if not entirely on the sidelines.

If you feel compelled to buy stocks in the current climate, keep your positions small. Take partial profits quickly, to avoid rapid round trips.

But those set ups, buy signals and breakouts could quickly fizzle if the market falls back again.

Catch The Next Big Winning Stock With MarketSmith

Fed: On track to slow support for economy later this year

News - September 22, 2021 0
WASHINGTON -- Federal Reserve Chair Jerome Powell signaled Wednesday that the Fed plans to announce as early as November that it will start withdrawing...

News - July 1, 2022 0
Price growth in the eurozone hit a record high of 8.6 per cent in the year to June, intensifying tensions between rate-setters at the...

News - March 3, 2022 0
BEIJING — A day after organizers of the Paralympic Winter Games announced that they would allow Russian and Belarusian athletes to take part in...

Switch Online’s N64 games could be 50Hz in Europe

News - September 24, 2021 0
The Nintendo 64 games being added to Nintendo Switch Online may run at the slower 50Hz standard in PAL regions.Last night’s Nintendo Direct presentation...
© 2022 Venture Current is a Flag Media LLC Publication. All Rights Reserved.
VC is part of the FLAG Token rewards network. Clients and partners can use FLAG Tokens for VC products and services.
VC runs 'Automatic' software. Stories posted here come from generic-topic Google news RSS feeds as well as client and partner-approved content.
If a story appears on this page that needs to be deleted due to licensing issues, please message us immediately so we can help you.