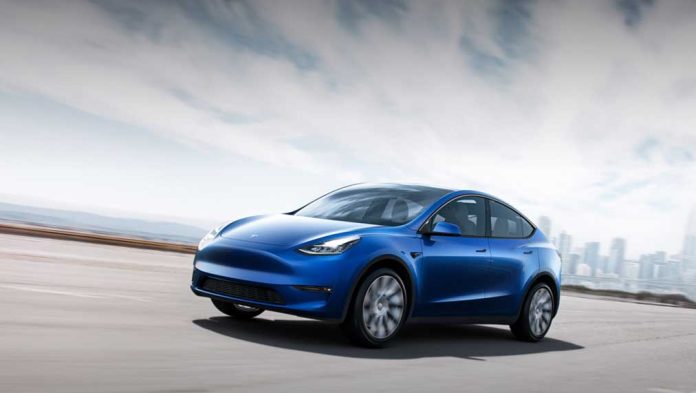 Dow Jones futures rose modestly overnight, along with S&P 500 futures and Nasdaq futures. All eyes are on the December jobs report due Friday morning.


Tesla (TSLA) announced major China price cuts for the Model 3 and Model Y in the wake of demand concerns and increased competition.

The stock market suffered solid losses Thursday on hotter-than-expected labor data, including jobless claims, ahead of the big employment report. The major indexes fell back from key levels.

Microsoft (MSFT) extended Wednesday’s big sell-off while Tesla (TSLA) gave up much of the prior day’s bounce. Meanwhile, UnitedHealth (UNH), Cigna (CI) and other health insurers continued a terrible start to the new year.

Investors should wait until there are clear signs of market strength before adding exposure. Friday’s jobs report could provide a catalyst, but which way?

The jobs report will be sure to swing Dow futures, Treasury yields and more before the open, setting the tone for Friday’s trading.

The Labor Department will release the December jobs report at 8:30 a.m. ET.

Economists expect to see nonfarm payrolls rise by 200,000, cooling from November’s 263,000. That would be the weakest since December 2020, but still solid. The unemployment rate should hold steady at 3.7%. Average hourly earnings are expected to rise a strong 5% vs. a year earlier, though down slightly from November’s 5.1%.

The Federal Reserve wants to see slower hiring and wage growth to ease inflation pressures. Fed policymakers also have signaled repeatedly, including in Wednesday’s Fed minutes from the December meeting, worry that a stock and bond market rally could undermine their inflation fight.

Markets are still expecting the Fed to slow rate hikes again, to just a quarter-point move at the Feb. 1 policy meeting. But odds slipped to 61% from 69% on Wednesday.

Tesla had extended year-end incentives worth 10,000 yuan at the start of 2023. So the effective cut isn’t quite as large as the sticker price suggests. Still, it’s a big reduction.

How much of a sales boost will Tesla get, and how lasting will it be? How will rivals like BYD, Nio (NIO) and others respond? The China EV market is going to be fiercely competitive in 2023.

Ex-WWE CEO Vince McMahon, who retired last year following a sexual-harassment scandal, plans to return and sell the entertainment company, The Wall Street Journal reported late Thursday. McMahon will name himself and two others to the WWE board, sources told the WSJ.

UnitedHealth stock, a Dow component like Microsoft, lost 2.9% to the lowest close since June. Shares are down 7.6% to start 2023, plunging through the 200-day line. Cigna stock gave up 2% after tumbling below the 50-day line on Tuesday. CI stock is off 8.2% this week.

Tesla Vs. BYD: EV Giants Vie For Crown, But Which Is The Better Buy?

After rising modestly up to key resistance levels on Wednesday, the major indexes fell back Thursday.

The Dow Jones, which nearly closed above its 21-day and 50-day moving averages on Wednesday, retreated Thursday. The S&P 500 and Russell 2000 backed off from their 21-day lines, while the Nasdaq also retreated.

Microsoft stock, Tesla and UnitedHealth were drags on the S&P 500, but losses were broad-based. The Invesco S&P 500 Equal Weight ETF (RSP) fell 1%, back below its 21-day, 50-day and 200-day lines after reclaiming them Wednesday.

The biotech, industrial, housing, medical product, infrastructure/building product and mining sectors, along with some retailers and energy names, continue to show relative strength, along with the suddenly rebounding Chinese stocks. Many flashed buy signals on Tuesday or Wednesday, but most pulled back or reversed lower.

A market rally attempt continues for the major indexes, but hasn’t made much headway. Since the mid-December tumble from recent highs, the major indexes have been rangebound, hitting resistance on the upside but not breaking down either.

Friday’s jobs report could break this sideways action, trigger a decisive move above key levels — or below. But even that could be temporary.

Get ready, get set … and wait.

If you’re staying engaged with the market and looking for promising setups, it’s hard to not to jump into promising stocks as they flash buy signals. In a sustained market rally, that would often work out. But in the current choppy market environment, that simply hasn’t.

It’s possible that the December jobs report will trigger a big market rally. That could be a signal to make some buys — in individual stocks or in sector/market ETFs — but not to ramp up exposure dramatically.

Despite the difficult market conditions, a lot of stocks are showing strength. So get your watchlists ready.

Catch The Next Big Winning Stock With MarketSmith

CBI calls for reforms to promote growth in Autumn Statement

News - November 14, 2022 0
The head of the UK’s largest business lobby group has warned chancellor Jeremy Hunt that he risks pushing corporate Britain into “hibernation” and curbing...

Birds drop from the sky in Chihuahua

Jon Stewart: ‘Ain’t nothing as agile as authoritarian regimes’

News - October 28, 2022 0
Along with watching the Knicks lose at basketball, riding the subway, getting yelled at in the street (or on the subway) and seeing a...

7 important things we just learned about the Google Pixel 7

News - May 14, 2022 0
Well, color us surprised: the Google Pixel 7 is official. Sort-of. At Google IO 2022, the company gave us a prolonged look at the...
© 2022 Venture Current is a Flag Media LLC Publication. All Rights Reserved.
VC is part of the FLAG Token rewards network. Clients and partners can use FLAG Tokens for VC products and services.
VC runs 'Automatic' software. Stories posted here come from generic-topic Google news RSS feeds as well as client and partner-approved content.
If a story appears on this page that needs to be deleted due to licensing issues, please message us immediately so we can help you.