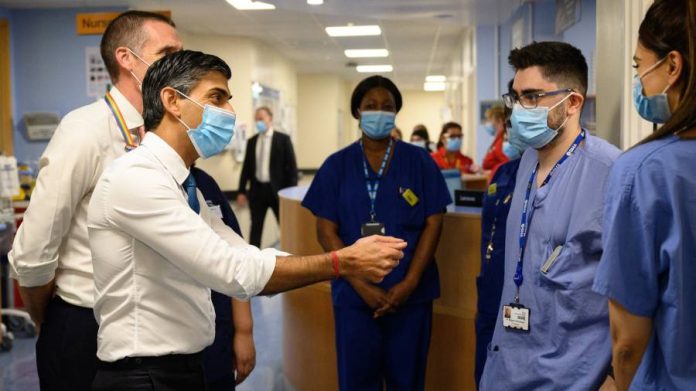 Downing Street on Tuesday admitted that some Britons will find it “very difficult” to access the NHS this winter, as Rishi Sunak tried to regain control of the political agenda in the face of an escalating health crisis.

Sunak, accused by Labour of going missing during a series of strikes and chaotic scenes at Britain’s hospitals, will on Wednesday vow to tackle the problems in the NHS in his first big domestic policy speech as prime minister.

He will also aim to look beyond the UK’s acute social and economic challenges by mapping out priorities for the country, including a new “mission” to ensure all pupils study mathematics until the age of 18.

Sunak has said his first mission is to provide people with “peace of mind” but the deteriorating situation in the NHS — hit by a combination of flu, Covid-related treatment backlogs and strikes — has left the public fuming.

A YouGov survey has found the government’s net rating over its handling of the NHS has fallen from -3 in May 2020 to -73 this week, with Labour believing Sunak will pay a heavy political price.

On Tuesday Downing Street said Sunak, who became prime minister in October, was “confident” the NHS had the funding it needed but acknowledged the health service faced “an extremely challenging winter”.

“For a number of people seeking to access the NHS this winter it will be very difficult, because of some of these huge challenges that the pandemic in particular has forced upon us,” said Sunak’s spokesman.

Number 10 disputed a claim by Dr Adrian Boyle, president of the Royal College of Emergency Medicine, that as many as 500 people were dying each week because of delays in emergency NHS care.

But Siva Anandaciva, chief analyst at the King’s Fund think-tank, said: “The combination of industrial action, the Covid-19 pandemic, seasonal winter pressures caused by flu cases and 10 years of sustained cuts and reduced funding have put us in this position. As a result, it doesn’t take much to push the system over the edge.”

Private polling and focus group research has convinced Labour leader Sir Keir Starmer that the public blames the government for a sense that the country’s public services are failing, not trade unions.

Polling suggests about two-thirds of the public support strike action by nurses and ambulance workers. Downing Street said on Tuesday there were no new proposals from ministers to end the bitter pay disputes.

One ally of Starmer said: “People bang on about the ‘winter of discontent’ [the wave of strikes in 1978-79] but that wasn’t about Labour’s relationship with the unions. The reason it was bad for Labour was because we were in government.”

Sunak has spent the first two months of his premiership trying to steady the economy — and the Conservative party — after the turmoil of Boris Johnson’s ousting and Liz Truss’s disastrous premiership. 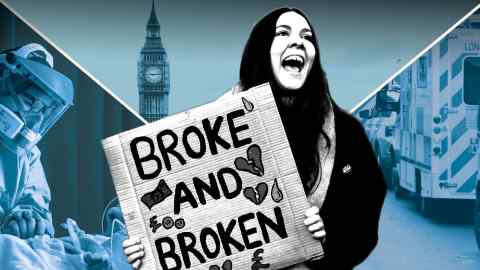 His speech to an audience in London is a moment to set out his agenda. He has already prioritised raising the country’s economic growth by boosting skills training, including by improving the teaching of mathematics in England.

“Just half of all 16 [to] 19-year-olds study any maths at all,” he will say. “Yet in a world where data is everywhere and statistics underpin every job, our children’s jobs will require more analytical skills than ever before.”

Sunak is also contending with steering the UK through a recession, a cost of living crisis, a series of strikes and problems in the country’s asylum system, which have consumed much of his time in Number 10.

One Labour official said: “No 10 have revealed they have nothing to offer the country except double maths.

“As the health service falls to pieces after 12 years of Tory rule, criminals terrorise the streets, and working people worry how their wages will last the month, the country is entitled to ask: is this it?”

News - December 2, 2022 0
Welcome to our Need For Speed Unbound review for Xbox and Windows PC! Few franchises have struggled to find their identity in quite the...

News - May 6, 2022 0
US financier Todd Boehly’s bidding group has agreed to acquire Chelsea Football Club in a £4.25bn deal, capping a week of intense negotiations over...

News - May 1, 2022 0
In brief Joshua Skirtich is the artist behind Jenesis, an Ethereum NFT collection of digital sculptures made in VR. He spoke with Decrypt about the potential...

News - August 27, 2021 0
Markets turned lower on Thursday as investors are eyeing the Fed’s Jackson Hole symposium coming this weekend. The Nasdaq and S&P 500 retreated from...

News - November 14, 2022 0
One day in 2020, I published an article about a Chinese hardware maker which would have otherwise been a typical funding story. Instead, I...
© 2022 Venture Current is a Flag Media LLC Publication. All Rights Reserved.
VC is part of the FLAG Token rewards network. Clients and partners can use FLAG Tokens for VC products and services.
VC runs 'Automatic' software. Stories posted here come from generic-topic Google news RSS feeds as well as client and partner-approved content.
If a story appears on this page that needs to be deleted due to licensing issues, please message us immediately so we can help you.