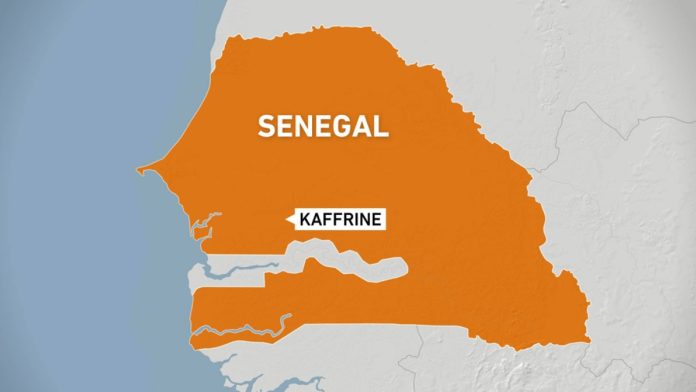 At least 40 people have been killed and 87 injured after two buses collided near Kaffrine in central Senegal.

The bus, with a 60-seat capacity, was heading to Rosso near the border with Mauritania, the fire brigade said, adding that the number of people onboard was unknown.

“It was a serious accident,” Colonel Cheikh Fall, head of operations at the National Fire Brigade, told AFP news agency, adding that 87 people were injured in the incident.

Victims were taken to a hospital and medical centre in Kaffrine, he said. The wreckage and demolished buses have since been cleared and normal traffic has resumed, said Fall.

Public prosecutor, Cheikh Dieng, said early investigations suggested that the accident happened when “a bus assigned to the public transport of passengers, following the bursting of a tyre, left its trajectory before colliding head-on with another bus coming in the opposite direction”.

“I am deeply saddened by the tragic road accident,” President Sall said on Twitter. “I extend my heartfelt condolences to the families of the victims and wish a speedy recovery to the injured,” he added.

This is one of the heaviest death tolls from a single incident in recent years in a country where road accidents are common largely because of a lack of driver discipline, poor roads and decrepit vehicles, according to experts.

In October 2020, at least 16 people were killed and 15 more injured when a bus collided with a refrigerated lorry in western Senegal. Local media said at the time that the lorry was hauling fish to Dakar.

News - August 13, 2022 0
The writer is director of the Social Market Foundation think-tankFor more than a decade, the British state has been in retreat. This ragged withdrawal...

News - January 21, 2022 0
TOKYO >> Restaurants and bars will close early in Tokyo and a dozen other areas across Japan beginning Friday as Japan widens COVID-19 restrictions...

News - April 13, 2022 0
Imran Khan on Wednesday kicked off a defiant campaign against his removal as Pakistan’s prime minister, calling on thousands of his supporters to “hold...

News - September 22, 2021 0
Windows 11 is arriving in just a couple weeks, with an Oct. 5 launch date for Microsoft's operating system update. But before the software...

News - November 9, 2022 0
Tuesday night could have been the beginning of the end for Joe Biden. Forecasters said the US midterm election would deliver a red wave...
© 2022 Venture Current is a Flag Media LLC Publication. All Rights Reserved.
VC is part of the FLAG Token rewards network. Clients and partners can use FLAG Tokens for VC products and services.
VC runs 'Automatic' software. Stories posted here come from generic-topic Google news RSS feeds as well as client and partner-approved content.
If a story appears on this page that needs to be deleted due to licensing issues, please message us immediately so we can help you.