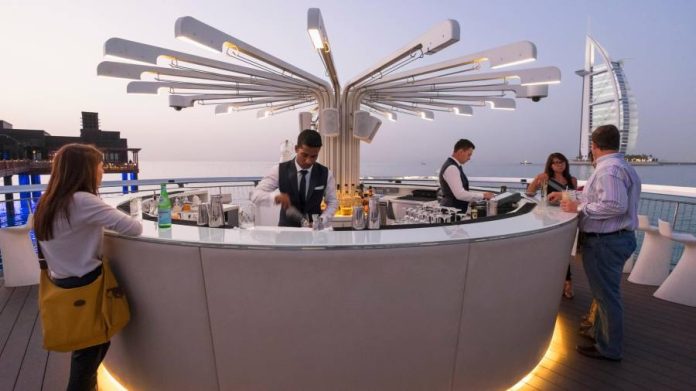 Dubai rang in the new year by suspending a 30 per cent tax on alcohol sales as the emirate seeks to consolidate its position as the Gulf’s tourism and business hotspot.

The initiative, which took effect on Sunday, will last for a year and has been described as a trial period by industry executives informed of the decision.

Dubai, the region’s commercial and tourist centre where expatriates outnumber nationals by nine to one, has been liberalising regulations in recent years to make itself more attractive for foreign workers.

The city faces tough competition from richer neighbours that are seeking to wean themselves off hydrocarbon dependency by developing service sectors — such as hospitality and finance — that have long been the mainstay of oil-poor Dubai’s economy.

Saudi Arabia, which has been enticing many expatriates with bumper salaries, is developing new industries and opening up to entertainment. Once closed to tourists except pilgrims, the kingdom is promoting its historical sites and considering legalising the sale of alcohol. Qatar, having showcased itself during the Fifa World Cup, is also developing hospitality.

“The cut should further support the tourism and hospitality sectors, after the strong recovery from the pandemic,” said Monica Malik, chief economist at Abu Dhabi Commercial Bank. “The move should also be welcomed by many residents, who are predominantly expatriates.”

MMI, one of two Dubai firms that distribute alcohol, said it would scrap the fee for the personal licence required to purchase alcohol and reflect the tax removal across its products.

At one store in Dubai, staff were informed of the decision on the afternoon of New Year’s Eve. They worked overnight through the city’s multiple fireworks celebrations to relabel the stock. “I’ve never seen prices as low as this,” said one experienced staff member.

Dubai, the Gulf’s party capital, has for decades managed to attract more tourists and wealthy expatriate workers than its regional rivals thanks to the homegrown Muslim population’s tolerance of the city’s more liberal lifestyle.

But tourists regularly complain about the prohibitive cost of licensed restaurants, which tend to mark up alcohol prices four to five times. “It will be interesting to see whether this tax break is fully passed on to the consumer,” said one industry executive.

The city has swung back strongly from the pandemic, luring new residents by curbing coronavirus while also keeping the economy relatively open.

The war in Ukraine has also seen Dubai emerge as a financial haven for Russians. The easing of Covid-19 restrictions in China is another potential new stream of property buyers as house valuations and rents skyrocket.

As travel returns to normal, the state-owned carrier and airports are reporting strong demand. The World Cup in Qatar supercharged the hotel sector with thousands of fans opting to stay in Dubai and fly to Doha for individual matches.

Observers said the removal of the alcohol tax could be offset by the planned introduction of a 9 per cent corporate tax in June. The 30 per cent tax on alcohol sales is one of many “stealth taxes” generating revenue in the absence of income tax.

Dubai has already benefited from the United Arab Emirate’s introduction of a 5 per cent sales tax in 2018. “The impact on government revenue is expected to be limited, especially with the recovery in the non-oil sectors and from earlier fiscal reforms,” said Malik.

Cramer says anyone selling big tech stocks in premarket is ‘either a machine or...

News - November 30, 2021 0
China’s manufacturing activity expanded in November, beating estimates as a strong uptick in production helped the economy to shrug off two months of contraction.The...

We must not be complacent about Britain’s multicultural democracy

News - October 29, 2022 0
Sunny Hundal is a TV presenter and writerWith typical understatement, Britain’s first non-white and Hindu prime minister has arrived to little fanfare. Most Conservatives...
© 2022 Venture Current is a Flag Media LLC Publication. All Rights Reserved.
VC is part of the FLAG Token rewards network. Clients and partners can use FLAG Tokens for VC products and services.
VC runs 'Automatic' software. Stories posted here come from generic-topic Google news RSS feeds as well as client and partner-approved content.
If a story appears on this page that needs to be deleted due to licensing issues, please message us immediately so we can help you.